From increased application of artificial intelligence to an acceleration in adoption of the cloud, IABM Lead Research Analyst Lorenzo Zanni selects five trends that will shape the broadcast technology sector. 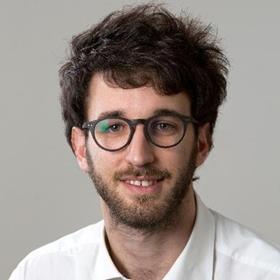 As the trade organisation that represents over 500 broadcast and media technology suppliers worldwide, IABM constantly monitors trends on both the end-user and supply sides of the business to help members keep ahead in our rapidly transforming industry. Here are the top trends we have identified for 2018 – based on extensive quantitative research and analysis, combined with qualitative feedback from, and conversations with, all sides of the industry.

The cloud will grow again
Cloud growth is set to continue during 2018 as media technology users streamline their operations for the multi-platform world.

According to IABM data, adoption of the cloud rose significantly between 2014 and 2017 as the technology matured and more end-users espoused its benefits.

These include cost savings compared to on-premise infrastructure and increased operational agility. By deploying cloud-based services, media companies can also dramatically reduce time-to-market for their services – thus increasing revenues, and flexibly adjust resources depending on demand by moving to consumption-based pricing.

AI is here to stay
The cloud, which has enabled media companies to harvest an increasing amount of data, has also laid a path for artificial intelligence (AI) to penetrate the industry. AI is much more than just a passing buzzword; it will be a crucial driver of media technology spending in 2018 as companies seek to further automate their operations and build direct relationships with consumers – as the recent string of acquisitions demonstrates.

According to IABM data, most technology users plan to deploy AI in content management, distribution and delivery. They will continue to invest in AI during 2018 to become more efficient and better understand their customers, driving loyalty and revenues.

Expect more IP
With the finalization of the SMPTE ST 2110 suite of standards, we can expect more growth in the adoption of IP technologies at broadcast organizations. This has been slower than forecast due to interoperability issues; the complexity of using IP technology in a broadcast setting also deterred investment. According to IABM data, most end-users have transitioned only a minority of their operations to IP to date. Adoption, which has so far focused on specific use cases such as outside broadcast and remote production, should accelerate during 2018.

Read more IP: Have we made a terrible mistake?

UHD may accelerate
A plethora of sporting events, including the 2018 FIFA World Cup, may increase technology users’ spending on UHD technologies during 2018. This has been lower than predicted - our data shows that only 9% of end-users have so far launched UHD offerings.

Although UHD remains a lower priority compared to other technology transitions, media companies’ interest (and investment) in it may be revived during 2018 by the need for differentiation. This may be accompanied by more experiments with immersive technologies such as VR and AR in live sports.

Beware the cyber threat
With infrastructures moving to IP and the cloud, broadcast and media organizations are increasingly becoming targets for hackers. During 2017, cyber criminals continued to hit media companies; according to IABM data, 35% of media companies have experienced an attack in the last three years. They will continue to adopt technology to counter the cyber threat and promote a strong corporate culture on cyber security in order to effectively fend off hackers.

Webinar on demand Broadcast under attack