The radio user interface has remained largely unchanged for years, but that could be set to change, writes Ben Poor.

Radio devices haven’t altered much for nearly a century, but that’s fast changing. Automotive manufacturers are driving that change, using hybrid radio standards to create a more engaging experience for their customers – and broadcasters had better get on board if they want to be a part of it. 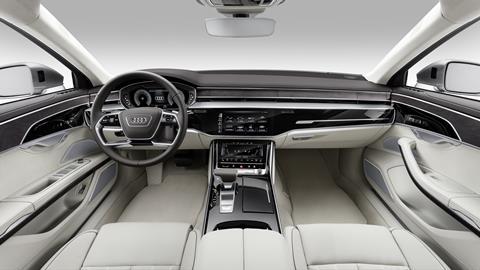 For the best part of a century, radio has been a key part of peoples audio listening, and remains so.

Traditionally, this has been via a dedicated radio device, but does the user interface of the analogue era still work as well in our digital and connected age?

With the increasing requirement for media to be ubiquitous - wherever and whenever desired - and a smaller number of devices becoming multi-platform hubs, what does this mean for radio?

The radio user interface has remained largely unchanged for much of its lifetime, centred around frequencies and presets, as defined by the boundaries of analogue broadcasting.

This remains remarkably persistent, even as radio became available on digital platforms. While these new platforms enabled additional services to be carried, devices still have interfaces that largely treated AM, FM, DAB as platforms to be kept separate, even as they carried the same stations.

But things are changing. As well as new platforms, the concept of a device dedicated to a single platform became less important. The explosion in growth of smartphones since the dawn of the 21st century accelerated this. The expectation of a consumer now is that a single device will handle a wide variety of media consumption, across various platforms.

As for radio, it’s not by chance that a lot of changes are now being driven by the automotive industry. Listening in cars is a place where radio remains very popular, no doubt it is a perfect fit: passive consumption while doing other things - in this case, driving.

The percentage of people listening to radio in cars is typically comparable to those listening at home across Europe, whilst exceeding it in some countries, including Italy. Radio listening in cars is also more likely with younger, more educated audiences when compared to the traditional radio set.

Some car manufacturers see the media entertainment system in their models as being a key requirement from customers, and are seeking to provide an engaging, integrated, and connected experience. Their preferred user interface for radio is focused around stations, rather than a fragmented view of individual platforms, which are considered as being merely a means of getting content to audiences.

But as a contrast with the accelerated evolution rate of applications developed for the web or smartphones – where products can be launched, explode in popularity, and then slip into obscurity in a matter of years – a car needs to work in the same way for its lifetime, often 10 years or more.

Initially revealed back in July, and due for initial release in their new A8, it integrates hybrid radio technologies to blend broadcast and broadband delivered radio into a seamless single radio product. Drivers select from a single, unified, service list – reflecting the true model of radio as a product, rather than a platform.

The device switches between any available platform, meaning a driver does not need to choose between FM, DAB and IP in order to listen to a particular station. The more robust and efficient broadcast signal is preferred, but the device will seamlessly go to IP streaming if necessary.

As well as the focus on stations and content, a multi-platform user interface should seek to make best use of the additional services available: being able to show high quality station logos, instead of a simple list of station names, better reflects the native station branding.

Driven by expectations drawn from other media experiences, audiences are increasingly used to having accurate ‘now playing’ information, album artwork, being able to favour specific items, being able to blend between linear and on-demand. A large part of this is achievable using current open standards such as RadioDNS, simply requiring a greater engagement from broadcasters to make this more of a reality for listeners.

For broadcasters, these trends mean new opportunities to engage their audiences.

Minimal effort to provide the right metadata and logos translates into a significantly improved user experience. The importance of the user interface is that, done correctly, it allows radio to have its unique content put alongside other media - available in a more connected and integrated fashion.

These new user interfaces for radio will help keep radio loved and appreciated for another hundred years.