Rising up: Mentoring women in broadcast

Rise was launched at IBC2017 intended to help advance the careers of women in non-craft roles in the broadcast industry.

After a survey of the industry that we all know and love I came up with the hard data that out of 1500 manufacturer and service companies less than 2% have female CEOs. In fact, only 10% of manufacturers have women on their boards or senior executive teams. 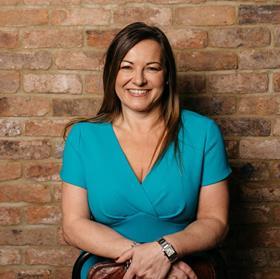 Research from McKinsey and Co suggested that companies with a diverse board are 21% more profitable, but for me it raises another issue - where are the role models?

If you are a woman either in the broadcast sector, or looking to get into it, what do you see as the opportunities to extend your career? Is there a glass ceiling? Who can you partner with to learn more about the sector and climb a ‘glass ladder’ instead? Will we lose smart, ambitious and technical women to other sectors?

These questions and others were mulled over during IBC2017 with industry expert Carrie Wootten and thus the Rise mentoring scheme was born.

Our first job was to raise the funds to make the scheme happen, and thanks to Clear-Com, Avid, Pixelogic and Sony DADC, we were able to get it off the ground. Sohonet and Hootsuite also contributed, and we got the green light to start looking for mentees.

Within days we had reached our initial target, and when the entry deadline closed we were way above the number of applications we thought we would receive.

I read the 43 applications and was astonished with a couple of things; first was the desire of these women to be mentored and to be able to learn, and secondly the day to day issues that they are dealing with being a female in the sector and the need to build confidence.

One of our mentees, Dock 10’s Nicki Werner, describes the mentoring process as: “Identifying a transferable skill set and discussing tips on positioning, conversing and profiling in meetings and building confidence.”

Sky Edit Assistant Jasmine Brighouse said: “Rise mentoring is a fantastic way for women facing similar career challenges to unite and inspire one another. It’s an opportunity to learn from someone more experienced than myself, to be inspired by a strong female role model.”

This confirmed to Carrie and I that we were doing the right thing. We had to whittle down the list to a final ten. This was one of the most difficult things that I have ever had to do and interviewing the women face to face showed us the amount of talent that we have in the sector; more importantly, it was talent that we don’t want to lose.

We ended up, in fact, with 17 mentees. For the applicants that didn’t make it through we have either pointed them in the direction of other schemes or worked out a buddy system for them.

‘Rise mentoring is a fantastic way for women facing similar career challenges to unite and inspire one another’ – Jasmine Brighouse, Sky

Helping hands
We then had to find 17 mentors. Having always held the belief that senior women need to give junior women a leg up the career ladder, we were really pleased that our networks came good – we found a great bunch of mentors to choose from.

Procam Projects Managing Director Vicky Holden said: “I am very excited to be involved in such an inspirational project that will be instrumental in giving women a greater voice in the industry. I hope this scheme is successful in empowering my mentee and the other young women to gain confidence, grow within their niches and become formidable forces within the industry.”

Freemantle Media Head of Post-production Donna Mulvey-Jones said: “Ultimately I hope to inspire them to go and be the best they can be and continually look for ways to challenge themselves and grow.”

We now have a real mix of mentees and mentors from manufacturers, service companies, broadcasts and studios/post-production houses.

Since then we have held our first couple of sessions, including training for the mentors and mentees. These group sessions have been inspiring, seeing everyone in the same room discussing their careers and connections. All of the mentees also have to present to each other on what it is they do in their role – and I know from being part of the Women in Film and Television (WFTV) mentoring scheme that these sessions were invaluable for industry knowledge.

The mentoring sessions are also taking place and both parties have committed to meet monthly for six months.

Clear-Com Sales Director Nicki Fisher, a mentor said: “Right from the off, the most important thing for a successful program is for the mentee to set clear objectives about what she would like to achieve from the programme and review them with the mentor. As a mentor, I can support, assist and guide her to find either the confidence, resources or additional support required to ‘make it happen’.”

Rotolight Digital Marketing Executive Zoe Gardiner said: “I felt really inspired being surrounded by a group of other like-minded, career-focused females, something I’d massively underestimated the power of before.”

The final part of the programme is to involve the mentees in industry events – this has so far involved inviting them to Royal Television Society (RTS) Thames Valley talks and hosting a reception at the upcoming Media Production Show. Our final goal is to arrange a meet-up at IBC for as many mentees as possible, show them the great and good of the industry as well as some inspiring women on the conference stage.