What do you know about mobile communication standards?

5G broadcast has considerable potential to offer to forward-thinking broadcasters. However, few broadcast executives count themselves as mobile communications specialists – very few know exactly what the 4G or 3G standards are or how they are defined, let alone the new 5G standard.

In the early days of mobile telecommunications, there were a number of different national bodies that spent time developing their own standards for their own countries or regions. This led to a situation where European phones would not work in America or Asia and expensive multistandard phones were needed for international travel. 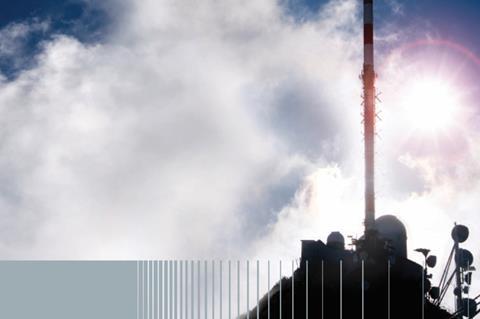 The solution came several years ago when a number of standards bodies and mobile telecom operators got together to form the 3G Partnership Project (3GPP) to develop future generations of mobile telephone systems with a general agreement to use the same standards worldwide. 3G was the first of these new collaborative endeavors to be released

3G smartphones can operate more or less seamlessly anywhere in the world, not only as a voice system but also for data distribution and internet access.

Long Term Evolution – LTE
Building on this success, the 3G mobile standard was enhanced as part of the Long Term Evolution (LTE) initiative. LTE provides significantly higher throughput and better reception capabilities compared with the original 3G system. However, there was not a single LTE specification or 4G release, as the work of the 3GPP group had been split into a number of work packages that allow individual parts to be enhanced independently from other parts.

All the work packages are publicly available on the 3GPP website. There are a huge number of specifications that are grouped into a number of different work modules and subspecifications. Some of these standards are more or less fixed, some are undergoing significant revision and some have become obsolete.

Periodically, a formal release may be made that generates a new baseline with the new features once they have undergone peer review and compatibility testing.

The core LTE performance supports up to 300 Mbit/s downlink and 75 Mbit/s uplink along with many options for lower bandwidths at lower cost and/or reduced reliability/coverage. In practice, few deployed systems support anywhere near the top speeds and consumers only have a small fraction of the bandwidth, as it is shared between multiple users.

eMBMS
eMBMS, also known as “LTE Broadcast”, only operates across an LTE radio link and adds the capability for a service provider to reserve part of the downlink bandwidth to be broadcast to and received/viewed by all handsets in a cell.

eMBMS throughput was limited to 4 Mbit/s, which enabled only a few channels to be sent, and it was still not possible for a handset on, for example, Vodafone to receive a broadcast from Deutsche Telekom. In other words, every service provider had to reserve their own bandwidth even when the broadcast content was the same. A variation of the MPEG-DASH format used for OTT services was used, as the video was not streamed but sent as individual files (or “chunks”) of about e.g. 10 seconds each. Unlike with a true OTT service, 3GPP-DASH is a fixed bit rate stream of fixed resolution over a fixed preallocated bandwidth.

There have been a number of trials of eMBMS, mostly for various events at sports stadiums that enable spectators to have access to their own private replays or viewpoints. There has been no commercial deployment beyond these events.

eMBMS using SFN cells was introduced in Release 13 to increase the permitted coverage area beyond the 7 km typically offered by telecommunications nodes, but again it is rarely deployed outside of very small areas.

One reason for only having small areas is that in practice the throughput receivable by an app/handset drops rapidly beyond a certain distance from a base station. This is rarely an issue for voice or SMS messages but is a major limitation for multimedia and broadcast use cases.

5G – the next generation mobile communications system
The commercial requirements for 5G radio links were developed to cover a wide range of user applications, bandwidths and spectra. Other potential applications range from the IoT with < 10 bit/s and 10-year battery life to 10 Gbit/s with < 1 ms latency for VR headsets or in studio cameras. Possible uses include broadband connections, autonomous cars, smart traffic systems and monitoring applications.

These uses have different requirements and therefore can use different radio technologies and hence different radio frequencies, including sharing bandwidths with e.g. Wi-Fi. Sharing unlicensed spectra allows a licensed radio link to use other unlicensed spectra as well as its own bandwidth. Using a local Wi-Fi connection with a wired internet/broadband connection can significantly increase the throughput receivable by the handset as well as offloading bandwidth from the radio link to the fixed broadband connection.

Nano cells
5G also enables multiple cell sizes as well as Wi-Fi or other data links. A main base station could cover a wide area for general access by e.g. a car. As the car approaches a dead spot such as in an urban area, it is possible to switch the connection from the large cell to a nano cell within a building.

When the driver leaves the car and enters a house or office, the link can then be switched to a Wi-Fi connection. This flexibility significantly increases the overall bandwidth and number of connections across the 5G ecosystem by offloading data and connections wherever possible.

5G also supports directed beamforming/switching with MIMO arrays to provide highly focused signals in specific areas or even to track a car on the move in a highly congested area. This would help to ensure continuous connectivity for autonomous vehicles even in areas with a high density of radio use, since the same frequencies could be reused in very close proximity to each other