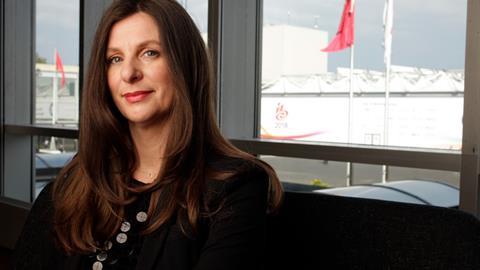 The Swiss company SingularDTV is one of the world’s leaders in developing blockchain applications for creative industries. IBC365 spoke to its co-founder Kim Jackson to go ‘under the hood’ of what blockchain is all about.

If you’re looking to find out more about the benefits of blockchain for the creative industries you won’t go too far wrong by talking to Kim Jackson. Her career includes working with Steven Spielberg (on Munich) and Spike Lee (on Inside Man), founding Streetwise Pictures and being the driving force behind independent films such as Children of God and Gunhill Road. 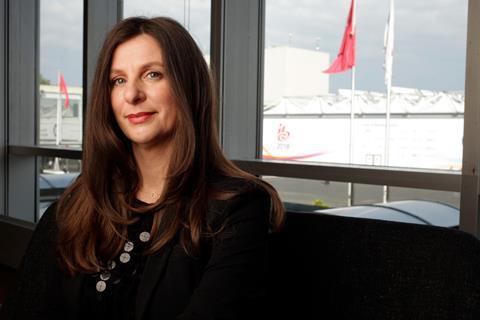 But Jackson’s focus is now firmly on helping filmmakers (and other creatives) to fundraise, develop and distribute content via the blockchain entertainment studio SingularDTV, which she co-founded.

“Our company is combining some of the entertainment industry processes on to blockchain technology,” she continues. “So, whenever there’s that media conversation it seems that somebody from SingularDTV seems to be on hand. We’ve been in this space for about three-and-a-half or four years now and, believe it or not, that’s considered early. It’s still a very young time for this next dimension of web technologies and we’re happy to be one of the leaders in this particular arena right now.”

Over the past couple of years SingularDTV’s team has been building applications that Jackson claims, “aim to address some of the ‘pain points’ that exist in entertainment distribution, finance – basically rights revenue and royalty management.

”It’s early days for this technology so there aren’t a lot of applications, besides currency applications. We’re going in to our beta launch in about four months, so we’ll be one if the first applications to launch that has nothing to do with crypto-currency. We actually launched one of our applications several months ago, where you can on-board your IP to the blockchain.”

Why blockchain?
Blockchain technology has primarily been used for crypto-currency thus far, so many people in the creative industries are just beginning to discover what it can do. Basically, it’s a secure and transparent ledger that allows users to add ‘blocks’ of information that link to form an irreversible time-stamped chain of information. The blocks are encrypted so, for example, everyone in a film production company can have access to them but a single user can have an encryption key to ensure that only they can add a new record and that no-one else can manipulate it.

Jackson’s interest in blockchain came about partly as a reaction to the way in which internet technology has changed the way that consumers use watch films, listen to music or read books, often to the financial detriment of the creatives behind such work.

“We found that there really wasn’t a sustainable business model to allow you to financially succeed in the business with the changing models,” she explains. “It’s changed because of the internet and the capabilities of the internet.

“The large monopolies are really the ones who are controlling the IP, distributing that IP and really reaping the financial benefits and rewards,” she adds. “At the different film and entertainment conferences I attended I would hear that the writing was on the wall and this market was getting smaller and smaller in terms of really being able to sustain some sort of business model. About that same time, after selling a film into the process, I learned about blockchain technology and ‘went down the rabbit hole’.”

Jackson views blockchain as “another phase of the evolution of the internet and of the web,” but admits, “That does require people to understand blockchain is a peer-to-peer value exchange. It dis-intermediates any third party involvement in that transaction.”

The education process
Apart from creating blockchain applications Jackson believes one of the keys to the future of the technology is education. “It’s important to educate people at this particular juncture and to leave them with some kind of actionable idea, because blockchain technology has the ability to create a basic universal income in its perfect state,” she says. 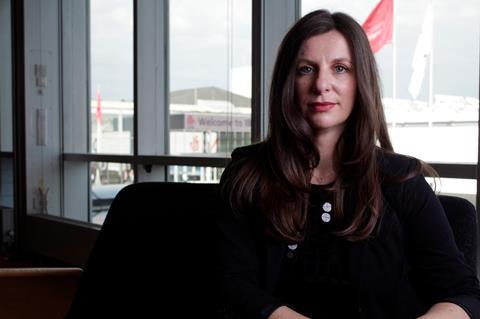 Showing how it works: Kim Jackson

“There is such beautiful potential in a de-centralised technology such as blockchain that really can empower people – that’s the best-case scenario for this technology. We come from that place and we’re building applications because we really, truly want to empower creators and artists.”

To help the blockchain learning process Singular DTV is the driver behind two major projects. First up is the documentary film Trust Machine, which is directed by Alex Winter and will be in movie theatres this autumn. In addition to that the editorially independent website breakermag.com is a rich content source for blockchain journalism, which SingularDTV built to fill the gaps in blockchain knowledge.

Jackson reveals: “We’re also involved in original content and we’re producing films, television series, documentaries and music with a lot of interesting artists around the world. We’re working with Steven Soderbergh, David Lynch, Gramatik and Maurice Schutte of Space Beers. Part of the reason we’re doing original content is so that we, as a company, can prove the model that we’re building because then we can control that IP and show how it works.”

Industry leader
When asked how SingularDTV will remain a leader in the blockchain space Jackson laughs. “Your guess is as good as mine! We have our heads down and we’re working diligently,” she says. “We’re doing out best to stay focused on our intention of our vision to really empower creators and artists. We’re really trying to maintain the purity of this beautiful technology.

”We do our best to just take an educational approach to this – if that means that we are ending up being industry leaders at the moment that’s a beautiful thing and we hope to continue that.”

She adds, “We’re very lucky that we have some incredible developers that are really our ‘ace-in-the-hole’. There are a lot of different companies popping up now, raising their funds and saying they’re going to do this or that. I always tell people ‘make sure you look under the hood and make sure you know what’s being built and who is actually building it’.

That is the gold and is the most important aspect of anybody claiming that they are a blockchain company, no matter what the application is that they claim that they’re building. You need to go to ‘under the hood’ and see who and how because otherwise, in my opinion, it’s just conversation.”

The future of blockchain
As to where blockchain will go in the future Jackson describes it as “an unstoppable technology.” She adds, “How it ends up impacting our lives is still up for question. However, it’s undeniable that this is the next phase. My hope is that this phase of the web connects us.

”The decentralised philosophy of blockchain technology has the ability to connect us all in a peer-to-peer trustless manner and that will empower us. The original intention for the internet was to do that and then powers came in and centralised the internet, which basically, in my opinion, has separated us and controlled us.”

Jackson leaves us with one thought. “People always say with blockchain ‘can you boil it down to a sentence?’ So, what I usually impart is… if the internet brought us instantaneous communication, what blockchain is bringing us is instantaneous value exchange. It’s another dimension of communicating with one another.”