Analysts forecast Discovery Communications’ pending acquisition of Scripps Networks Interactive will be the first of many as businesses scale up to remain competitive.

Discovery’s  $14.6bn acquisition of Scripps, which it expects to close by early 2018, is a strategic move to accelerate growth across linear, digital and short-form platforms globally as well as cementing the company’s reputation as a global leader in real-life entertainment. 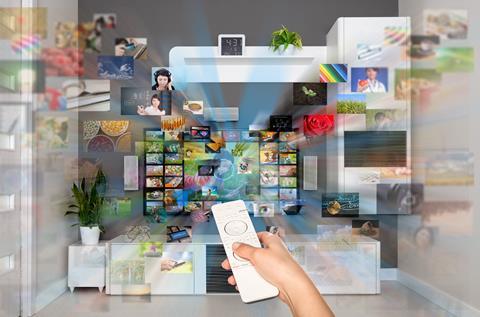 “Exclusivity, premium and compelling content continues to act as the key differentiator, perhaps now more than ever as consumers choice of platform and service continues to widen,” he said.

In a statement, Discovery revealed its content pipeline will be fuelled by the Scripps acquisition to grow in areas including Discovery’s Home and Health network in Latin America.

“The economics of traditional pay TV are broken,” – Brett Sappington

Analyst and Senior Director of Research at Parks Associates Brett Sappington pointed to the rising cost of content. He also  said that advertising revenues would strengthen and that combining channels would create opportunities for new services.

He said: “The Discovery and Scripps merger is a direct result of these economics and consolidation among pay-TV providers.

“Controlling a larger share of popular networks gives the new Discovery and Scripps company more negotiating leverage against the pay-TV giants that have grown from operator consolidation.”

The opposing forces between pay-TV prices and retaining a strong customer base is a likely motivator for the firms’ merger.

Discovery Communications CEO and President David Zaslav said in a statement: “Scripps is one of the best run media companies in the world with terrific assets, strong brands and popular talent and formats. Our business is about great storytelling, authentic characters and passionate super fans.”

The amalgamation will extend Scripp’s brands, programming and talent to a wider international audience in accordance with Discovery’s distribution, sales and languaging infrastructure.

Together, Discovery and Scripps will have nearly 20% of ad-supported pay-TV audiences in the US and become home to five of the top pay-TV networks for women.

“We believe that by coming together with Scripps, we will create a stronger, more flexible and more dynamic media company with a global content engine that can be fully optimised and monetised across our combined networks, products and services in every country around the world,” Zaslav said.

Sappington added: “The greatest impact is that we will likely see core Discovery and Scripps channels remain as part of basic tier channel packages among pay-TV providers and online pay-TV services.”

The merger will foreseeably offer wider choices for viewers under their combined portfolio brand which will include: Discovery Channel, TLC, Investigation Discovery, Animal Planet, Science and Turbo/Velocity, as well as OWN in the US, Discovery Kids in Latin America, and Eurosport, the leading provider of locally relevant, premium sports and Home of the Olympic Games across Europe.

Sappington said: “We have already seen vertical consolidation from rivals, such as AT&T acquiring Time Warner and Disney acquiring BAMTech.

“We will see more consolidation in the future as smaller players find it increasingly difficult to squeeze their way into pay-TV channel packages.”

The combined entity will hold stronger negotiations as networks seek to extend from traditional distribution partners and offer combined content propositions, arguably more compelling to consumers than a standalone offering.

Hibbert said: “As this landscape continues to transition and SVoD, pay-TV lite and free content push down ARPUs, scale will become ever more critically important.”