5G-MAG: What counts for 5G and 3GPP is the scale

Back at IBC 2019, the launch of 5G-MAG (Media Action Group) promised a multi-layer network offering unicast and multicast services, and the live prospect of a satellite overlay network. 5G-MAG head of technology Jordi J Giménez shares what has happened since launch.

The development of 5G services for an end-to-end bridge through from production and contribution to distribution and consumption will not be a short R&D road. 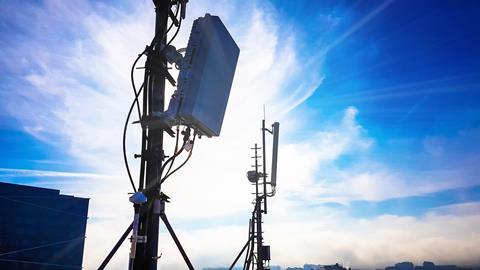 Giménez: ’The better you poke, the more you will get deeper advances of what 5G is.’

“It is difficult to build something before the standard is securely ready. The idea of the collaborative framework is the core of 5G-MAG and what we provide. There are two necessities for the industry, and two industries – media and telecoms – that sit together to talk about both the technical and commercial aspects,” says Giménez, who started his technical journey at the University of Valencia, getting involved in several DVB projects (T2 and first generation hand-held).

“When we need to go to the market what will be the necessary collaborations between the different industries involved in the deployment of 5G? We are also tackling regulatory aspects, on the media side in general, and how 5G can help to meet the requirements that come from regulators,” he adds. “The technical aspects happen in other organisations like 3GPP.”

5G-MAG seems to follow the DVB model of matching technology and commerce.

“That is right. Our membership is growing and there is geographical reach, just like 5G is a global technology. We have members from China, India, the USA and from Europe. Like the DVB we have developed different working groups for the commercial issues around the production and distribution of media, technical groups, as well as one group for promotional communications and another for regulatory aspects,” says Giménez.

Is it viable for 5G-MAG to federate national regulators? “Our group is able to make inputs to relevant meetings, but at the moment the relationship with regulators is managed by EBU members,” says Giménez. “We don’t have a strong representation of 5G-MAG towards regulators but we want to create a framework to understand each other and collaborate. That is still being built.”

“The idea of the collaborative framework is the core of 5G-MAG and what we provide,” Jordi J Giménez, 5G-MAG

Understanding what regulators have in mind in terms of 5G implementation will lead to 5G-MAG members discussing what role they can play in regulatory frameworks. The big front though is the move to 5G that 3GPP has concentrated more strongly on in recent releases 16 and 17, and what release 18 will offer.

“On the 3GPP side we are very happy. We have submitted inputs to release 18 and there are many aspects to what we will see in media distribution in general, and in broadcasting, which is important. Here there are 16 specs that are all important to members,” says Giménez.

Additional elements of release 18 include streaming and the provision of media services. Smartphones will be more resilient to the changes in quality of network services, and better in terms of coverage. 5G-MAG meanwhile has it’s own technical group media study around production in non-public networks. 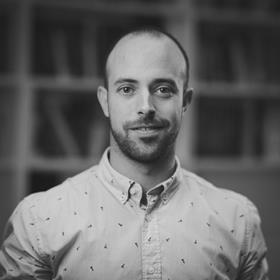 “This is production in private environments, where you have control of your cameras and microphones, etc and can leverage low latency, high data rates, and all the excellent KPIs that 5G can provide for in media production,” says Giménez.

“We are bringing all of this to 3GPP so it can understand what exactly the media industry requirments are for 5G,” he adds.

Giménez is well aware of a future landscape of other technologies that will impact well with 5G: “The better you poke, the more you will get deeper advances of what 5G is. For some it is just the same as 4G, a new brand on your phone and that is it, but in the next few years we will see a mixture of 5G systems built with cloud technologies. We will see a convergance with other systems, and already we see a lot of satellite work coming in from 3GPP.

“In the end we would have a kind of central network or a cloud network that interfaces many infrastructures, like satellite and 5G networks, so the aim is to understand this new ecosystem.”

Giménez had in mind 5G, cloud and edge computing as big factors. To do its work during the pandemic, though, 5G-MAG has relied on virtual sessions.

“We have been conducting workshops in which we gathered colleagues from the industry to get inputs. This less formal conversation is closer to what would happen in a normal physical meeting. Real conversations arise,” he says.

A proliferation of devices

How does 5G add to the IP impetus that we have seen in broadcast infrastructures and operations?

“When the 5G framework comes into this transition to IP there are things that will stay if they work. It is more revolution than transition when it comes to cloud and the web, releasing content that ends up in media consumed via the web. For those aspects expect a proliferation of more devices that can be attached to the 5G network, and consumed content on smartphones,” says Giménez. “All this is a new framework that moves away from traditional TV consumption. We see this potential not only in 5G but also in the cloud, in the end being the guarantee for the quality of service until it reaches the consumer.”

“It is difficult to say now we are ready because there will be more requirements, more areas in which you can apply the technology, and more inventions and devices coming,” Jordi J Giménez, 5G-MAG

Spectrum is a subject that never seems to be far away, and 5G-MAG has its own focus as we see the push for winning spectrum for 5G.

“We are analysing the opportunities for non-public networks, or spectrum that can be used for media production, then for distribution. There are different regulatory models in different countries that we are assessing,” he explains.

“We have two aspects there, the first being media that goes on general 5G spectrum. This is there at the moment, but how do we use it better for media? Then you have the broadcast bands where some of our members are interested in deploying 5G technologies. This is where 5G broadcast plays its role,” he adds.

Production was the natural start point for 5G in media, and the EBU has played a huge role. 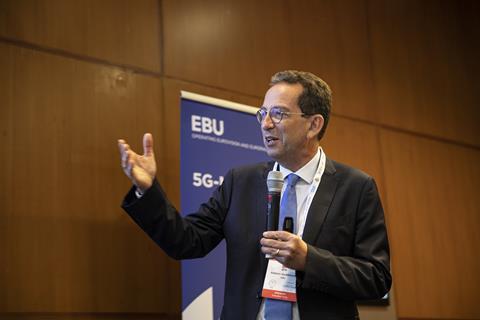 “Most of the activities that triggered this were by the EBU, and we are very happy to have the EBU as a member, in respect of what it has been doing in production. It is also taking requirements to 3GPP on many fronts, from newsgathering to production studios, and live production for events like the Tour De France,” says Giménez. “The EBU has been into 5G for five years.”

5G is not a technology you can say on any one day it is finished, as the progression of the 3GPP releases indicate.

“It is difficult to say now we are ready because there will be more requirements, more areas in which you can apply the technology, and more inventions and devices coming. That’s non-stop. For broadcasting we need to build the ecosystem of devices so that we have covered the end-to-end chain. There is a lack of devices, but the technologies are being developed, and we know there is huge interest in this topic for broadcasting from many different countries,” says Giménez. “We hear that what counts for 5G and for 3GPP is the scale.”

Webinar: 5G for broadcast
Find out about the state of 5G broadcast and the implications for broadcasters and content creators with Jordi J Giménez during this IBC365 webinar, which will take place at on 14 September. To find out more and register click here