Adapt and grow: How the creative industries embraced the live stream opportunity

The boom in the live streaming of music and theatrical productions, with the pandemic acting as an innovation catalyst, was the focus of the Royal Television Society Webinar Full Stream Ahead: How the Creative Industries Embraced Live Stream. 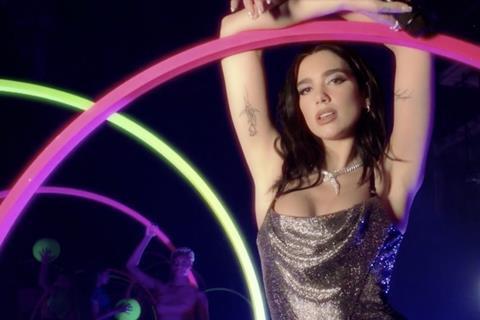 Host Nadine Dezera, a journalist and presenter, opened up by asserting: “We have gone from artists playing in their homes, to performing high-quality, ticketed live streams in a relatively short period of time. But we are behind the curve when comparing this industry to gaming. Streaming has been a business model way of side-stepping the recent visa fiasco for touring artists, so the question is, has streaming come to the rescue of the creative industries?”

The speakers assembled to share their experiences were Mark Mulligan, MD and analyst at MIDA Research, James Sutcliffe, chief marketing/content officer with LiveNow, and Lisa Burger, joint CEO of The National Theatre.

Mulligan suggested: “It is like looking at Netflix seven years ago, real promise but the big game is still ahead. Live streaming of music never got out of the starting blocks, despite lots of concerted efforts, for two key reasons. First, it is incredibly complicated from a rights perspective. A vast majority of the live stream concerts have not been paying the rights but have been putting the money aside to pay when they can sort it out. The licensing frameworks are still not fully in place.”

Mulligan’s second reason was that the traditional live sector did not wish to enable disruptive competition. “It managed to hold at bay much of the innovation, so when the live streaming business got thrown into the spotlight, it was a real scramble. A whole bunch of new companies suddenly came into the space,” he said.

“Many of these companies are trying to do so much, catering for a lot that in a trad live sector is done by discreet sets of companies. There will be a degree of specialisation and the ones which focus on quality of experience will probably have a longer life.”

“Games are becoming the new venues of tomorrow - not all games, but we will see a lot more innovation coming from this space, and the record labels, the artists and managements are all busy trying to work out how they can optimise themselves for gaming environments,” said Mulligan.

“Games are becoming the new venues of tomorrow… The record labels, the artists and managements are all busy trying to work out how they can optimise themselves for gaming environments,” Mark Mulligan, MIDA Research

“A good number are paying, buying merchandise and watching with someone else, which we think is going to be really important to the future of live streaming concerts,” added Mulligan. “Going to a concert is a social experience, but the whole thing about on-demand experiences is they tend not to be social.

Tapping into the mainstream
Looking at live stream audiences, Mulligan found much more of a “male skew” compared to live concerts.

“This is typical of any new technology. Early adopters tend to be younger and male. It has a lot of potential of going bigger and further, and tapping into the mainstream side of things,” he said. “Perhaps the most important thing is not thinking about the live stream concerts as the future of live, but the future of a new video format. Potentially this opens up a much bigger global audience.”

Mulligan is confident live streaming will learn to co-exist with, and complement, the traditional live business.

“This is an opportunity to create a new value chain. If games become a really meaningful new set of venues for the future, you might see games avatar agencies as part of the future value chain for live music,” he said. “But the revenues live streaming has generated so far are incredibly small compared to the trad live business.”

The rights issues that come into play with everyone creating IP left Mulligan declaring: “It is way more complex than I am qualified to talk about. We are in a land grab for the content ownership.” 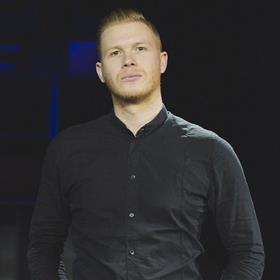 “The plan is not to replicate the live experience; it is to become a part of the conversation and actually layer over. The challenge when the business was conceived was how do we change the paradigm and how do we change the way the entertainment business is essentially structured,” said Sutcliffe. “The big question was how do we get people involved with music and entertainment content in the same way that armchair fans around the world will tune into a boxing fight.”

The £20 that a fight fan coughs up is very attractive. LiveNow started with support for the Global Citizen One World Together at Home concerts. Its first stand-alone event was singer Ellie Goulding at the V&A Museum in London.

“We started to scale with our next event, which was with Dua Lipa. This was watched by 5 million viewers across 170 countries. It really started to open doors in the industry as people started to understand what live streaming could deliver for artists and fans,” said Sutcliffe. 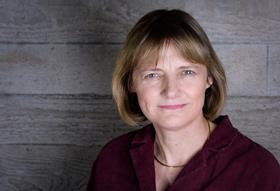 When live returns
The next success stories were three live shows with The Gorillas over two days, and to three different time zones, and with Pete Tong and the Ibiza Classic Orchestra, from the O2. The Gorillas led LiveNow to a whole load of new technologies in VR and holograms. It then moved onto streaming a Maroon 5 concert.

“Record labels are starting to look at streams as marketing tools and vehicles, and as part of bigger campaigns. After the Dua Lipa stream her album Future Nostalgia jumped 15 places in the chart,” said Sutcliffe. “When live returns it will be about the live streaming model complementing and working with the physical events.”

“When live returns it will be about the live streaming model complementing and working with the physical events,” James Sutcliffe, LiveNow

LiveNow’s Watch Together group viewing service opens up the plusses of virtual meet and greets, and dropping an artist into the fan’s watch room. Ecommerce is another huge factor.

“This capability allows artists to sell bespoke merchandise, which is a huge revenue stream for them in the real world. We enable people to buy ‘merch’ while watching the show, and we offer behind the scenes docs and VIP packages,” said Sutcliffe.

With many big acts looking at the environmental impact of a live touring life - with 33% of a carbon footprint being fans, and 34% being the venue itself - live streaming may have an opening.

“I am having lots of conversations with artists that are going on tours in 2022 and beyond, as to where we can be a partner with them to bring their show to a global audience outside the full arena in front of them,” said Sutcliffe. “This is as much about sustainability as it is about money.”

NT at Home: A roaring success with 40% of viewers under 35

Absolutely heartbroken
When theatres across the land lowered their curtains on 16 March last year, the National Theatre was desperate to find a way to carry on sharing its productions with as many people as possible.

“We were heartbroken that the artists who were in the middle of rehearsing shows were not able to keep going ahead. On 26 March we announced the initiative NT at Home, and on 2 April we streamed an NT Live production on our YouTube channel,” said Burger.

Productions came free, once a week at 19:00 on Thursdays.

“It was important to us to stream at the same time each week to create where possible that communal viewing experience,” said Burger. “The first production we broadcast was One Man, Two Guvnors featuring a Tony Award winning performance by James Corden, and over the course of the next week as available on demand this production received 206 million views globally, which is equivalent to 3,000 live performances at the NT.”

The NT team was staggered. Alongside its streamed productions it created accompanying content such as Q&As with the cast and creative teams.

“Over three months we screened 16 productions seen across 73 countries. Fantastic for us, 40% of the viewers were under 35. NT at Home was a great initiative and I don’t see us going backwards because it is a really important new audience,” said Burger. “We paid fees to all the artists and creatives involved in the streams, which was at a time when so many freelancers and artists were unable to work or access any kind of financial support.”

Found a sweet spot
After seeing the appetite for streamed theatre, the NT was determined to find a way to grow global access to its productions online, recognising it would be on demand.

“To be frank the income opportunity for us at the NT as well as the artists was a really important consideration. In a usual year 60% of our income comes from the box office, and 50% of our expenditure is on our on-stage work,” said Burger.

The NT received a big boost in December with support from Bloomberg Philanthropies.

“We were able to launch a new on demand streaming platform which allows theatre lovers to subscribe for limitless access, or to pay to access single plays. It is available to watch anytime, anywhere online, on TV and on mobile and tablet apps,” said Burger. “We launched with 11 productions, all captioned. We offer the option for subtitles and also offer titles with audio description. We now have 18 titles available via NT at Home.

“I really hope we have found a sweet spot. Having the live performance is hugely important to us, but clearly on-demand is huge as well. The pandemic gave us the way of seeing how large that is, and the way it grows a new audience for theatre,” she adde