Audio is key to bringing natural history stories to life, say filmmakers who have used Dolby Atmos to enhance their films.

Taking audiences on a lifelike journey is what makes Dolby Atmos impactful and innovative, said wildlife filmmakers at the Wildscreen Festival in Bristol earlier this month. 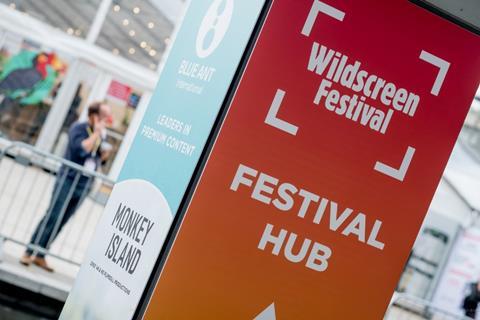 “Dolby Atmos enables hyper immersive experiences in our storytelling, it is better than real life,” said BBC Earth Films Producer Stephen McDonogh, whose credits include Walking with Dinosaurs, One Life and Enchanted Kingdom.

With growing global competition for filmmakers, it’s critical to use all the toys in the box, McDonogh said.

He added that producers must be ambitious with audio because it adds depth to content, giving it the best chance to stand up against theatrical films.

McDonogh said: “Atmos has raised the bar and come at a very good time for the industry alongside 4K which adds more to the quality of the image. Together they are powerful storytelling devices.”

Challenging the creatives
Cinematographer Mark Deeble and Producer Victoria Stone, the Co-Directors of wildlife feature film The Elephant Queen, have worked together in Africa for over 30 years on telling wildlife stories. Both agreed that amplifying the natural sounds of the wilderness is incredibly powerful in storytelling.

Deeble said: “You have to future proof the films you’re making. When we started shooting The Elephant Queen eight years ago we would upgrade our cameras to the latest RED camera when they introduced the Epic Dragon for 6K.

“When it came to the sound side, Tim Owen from Wounded Buffalo said we have to be working in Dolby Atmos and we were blown away by what it sounded like.”

At the time, Deeble and Stone recognised the opportunities immersive soundscape experiences would offer audiences and eight years on Deeble confirmed this: “We have not regretted either decision.”

Wounded Buffalo founding member Tom Owens is a sound editor having recently worked on Planet Earth II and Blue Planet II as well as currently working on Netflix’s Our Planet.

He told delegates his first experience with Dolby Atmos has been nothing short of rewarding. “Atmos in many ways is what I thought 5.1 [surround sound] was going to be but it just didn’t deliver, the technology wasn’t there yet.”

Dubbing Mixer at Wounded Buffalo, Ben Peace added: “Mixing in Dolby Atmos is not as daunting having gone from stereo to 5.1 mixing.

“It is really fun to do and will soon become the norm, adding height as well as surround sound mixing information makes for the best audio experience.” 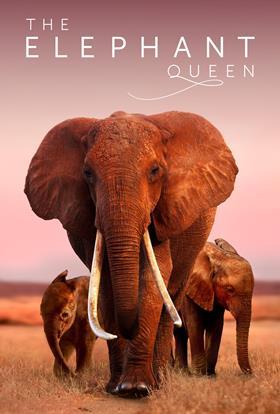 Owens and his team built the mix and sound design for The Elephant Queen which had to be realistic. Stone emphasised the importance of “keeping technology in its place and not to be inhibited by it.”

She explains the range of tools now available to film makers can offer audiences truly immersive experiences, but they shouldn’t dominate the storytelling.

Immersive audio can make content hyper real, which can be too much for audiences, Stone said.

Comparisons are often drawn between 3D and immersive, however Stone predicted immersive storytelling will surpass 3D. In fact it probably already has, she said: “Atmos is what we didn’t see with 3D and it didn’t grow because it couldn’t evolve with the glasses.”

Dolby Atmos is a movement of sound engineering where the audience is “completely encompassed by sound,” said Dolby Senior Sound Consultant James Shannon.

Shannon has worked on providing the mastering and support for sound mixing on over 160 films including Lord of the Rings and Harry Potter. The opportunities Atmos enables for creativity is far greater than 5.1 or 7.1 surround sound commonly used in home theatres, Shannon explained.

“There are 1,100 theatrical releases [using Dolby Atmos] and this is growing. In the home, VOD and OTT services have over 400 releases.”

The unique difference with Atmos is that the audio system is object based rather than channel based.

Shannon said: “It’s engineering innovation for content creators. The object-based audio means precise placement and movement of sound that is adaptive to any playback environment and means creative flexibility.

“It is more realistic with sound over head and bouncing off the ceiling.”

The growing competition from Netflix and Amazon as well as new competitors like Disney launching a streaming service is driving take up of Dolby Atmos, Deeble said: “We are seeing a slight change in commissioning and it’s all about delivering content for the consumer and making it the best they can receive.”

Ultimately, McDonogh said it is all about storytelling. Atmos helps to raise that bar, using immersive audio to bring stories to life.

“Take away the picture and with Atmos audiences can follow the story with an audio experience. We are seeing how far we can go with that in terms of narrative. If you’re hearing it you don’t need to see pictures because you can imagine it,” McDonogh said.