US telcos are anxious to get their hands on 5G spectrum, but where will it come from, and who will benefit from the auction?

The C-band Alliance (CBA) is a grouping of the world’s four largest satellite operators comprising Intelsat, SES, Eutelsat and Telesat of Canada. Together they control 100% of the C-band satellite spectrum over the US. 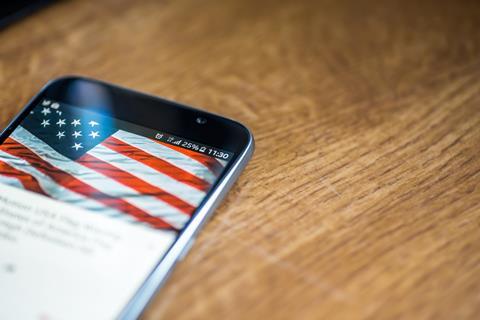 The Alliance, along with the Federal Communications Commission (FCC), are looking to see 200 MHz of that bandwidth reallocated to help boost the speedy take-up of 5G over the US.

The CBA wants to sell off this spectrum, and the FCC will rule on how this is to be achieved by “mid 2019”.

If the plan goes ahead, the CBA will fund the total re-alignment of around 25,000 large dishes installed at cable head-ends and network broadcasters in the US. These important clients will be reallocated new satellite frequencies over the next 18-36 months. The National Association of Broadcasters says that virtually every TV and radio household in America depends on C-band. The cost for this major reallocation exercise is placed at around $2 billion.

The CBA wants a ‘market based’ sell-off, with the potential buyers drawn from the USA’s wireless telcos, most of whom admit they badly need the spectrum. The FCC is uncompromising, with its chairman Ajit Pai saying in October “we’re exploring how to repurpose mid-band [C-band] spectrum for new wireless applications, from rural broadband coverage to the next generation of Wi-Fi.”

The Alliance’s ideal sell-off pattern is a series of auctions. Recent similar spectrum auctions measure their success by the amount received “in MHz pop”. This formula is a price paid per MHz per population reached. Rural coverage is obviously worth less than dense city coverage.

There have been various estimates as to the amount likely to be achieved. Equity analysts at investment bank Exane/BNPP suggest the subsequent ‘windfall’ could be worth about €10 a share to SES, which is nothing short of a very useful fortune. Other analysts have suggested spectacular windfall values of up to a spectacular €51 a share, although based on a larger amount of spectrum being freed up.

However, a few words of caution. At the moment, nobody has any firm idea as to what the CBA and FCC might finally agree and there are considerable uncertainties, including:

Assuming the effort is worthwhile, then the options become interesting. Unlike Intelsat, which is likely to spend its windfall on reducing its massive $14 billion debt burden and associated interest payments – and no doubt paying a handsome special dividend to its ever-patient investors including Silver Lake Partners and BC Partners - SES has no such pressures. SES could reduce its modest debt, fund its ‘next generation’ fleet of satellites, pay a special dividend, or use some of the cash to expand.

What it is unlikely to do is to buy another RR Media, an Israeli play-out business which it paid $242m for in February 2016. The purchase has given SES some major headaches including troubling lawsuits, and a mass of very low margin obligations that it is shedding.

Any M&A activity would come with its own set of challenges. French president Macron is reportedly keen on a European space broadcasting and bandwidth giant, and merging SES with Eutelsat is a great idea, but fraught with challenges. There are the governmental (Luxembourg in SES, and France in Eutelsat) holdings and the ‘pride and joy’ factor which would make a combination difficult. However, in these constrained times anything that trims costs and other synergies makes perfect sense. So, never say never, but a combination between SES and Eutelsat is generally considered highly unlikely.

Casting the net further afield there are the usual suspects (Canada’s Telesat, or Scandinavia’s Telenor Satellite) which would make good sense with similar cost-saving echoes. Importantly, both are willing sellers – for the right price. But again, there are complications. Telesat is owned by a pair of squabbling shareholders (New York-based Loral Space 63%, and Canada-based pension fund Public Sector Investment Board, 37%) and with the voting rights reversed (Loral 32.7% voting rights, PSB the balance) and a history of disagreements between the two.

Nevertheless, Eutelsat has never made a secret of its wish to expand its North American interests and Telesat – especially with its LEO plans now established – would be very appealing to Eutelsat. Eutelsat, not one of the ‘premium’ gainers in the C-band restructuring, is also interested in Inmarsat, but this is outside of the scope of the main ‘windfall’.

SES is not likely to be interested in Telesat. SES already has plenty of capacity over North America, and with its O3b (and shortly its mPower) satellites already serving the market.

Meanwhile, Hong Kong-based ABS has been long on the sales forecourt and backed by Permira Funds, but is considered by many to be an expensive purchase, reportedly at about $1.5bn to $2bn.

There are any number of other potential acquisitions, but there are also plenty of suggestions that SES might be seeking a greater degree of diversification, especially now that its revenue trends are moving towards network users and away from video.