News this week that the video experience pioneer Accedo is set to acquire Hibox, a provider of advanced TV solutions, will impact on their hundreds of media, telco and cable operator customers worldwide. Michael Burns looks at how the move has potential not just to give smaller customers top tier service, but also develop new and growing markets in a very challenging media landscape. 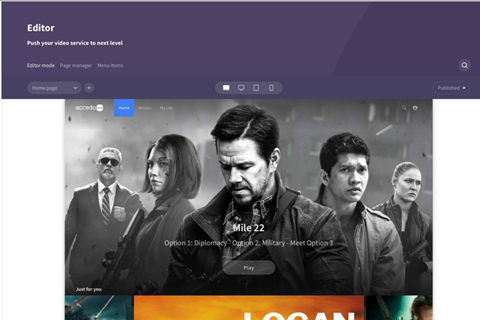 Streaming media may be one of the most dynamic sectors of the TV and video market and one that can offer profitable returns, but it’s not without its challenges.

The global growth of the US-based OTT giants and the proliferation of IP-capable devices and platforms would cause even the savviest operator to think twice about setting up a streaming video operation.

Luckily there are solutions providers able to help develop, deliver and power the TV and video experience for their customers. Two of these providers, Swedish innovator Accedo, and Hibox Systems, based in Finland, will begin joint operations from next month as Accedo acquires Hibox, along with its advanced interactive information and entertainment solutions.

The deal will allow the Finnish company to scale up its offering to a global market, while for Accedo the acquisition of Hibox technology ties into an innovation roadmap that aims to respond to the directions in which the media sector is evolving.

Accedo
Founded in Stockholm in 2004, Accedo, designs, deploys and manages video services for media and telecoms corporations, with products including the Accedo One SaaS platform and the Accedo Android Launcher framework for set-top boxes. The Swedish company numbers customers such as HBO, ITV, CNN, Globo, Channel 4, Telefonica and Deutsche Telekom and has over 450 employees in 16 offices across the world.

Michael Lantz, CEO of Accedo says there is no overlap between existing customers of Accedo and Hibox, and so there will be no change to sales and marketing teams.

As for product development, “there are some overlaps in future roadmaps, but if anything we’ll probably scale up the R&D [teams] to take advantage of these new opportunities for the current products, so we will keep all staff in both companies”. All existing customers meanwhile should view it as “business as usual”.

“The main opportunity for us is new customers,” he adds. “We have overlaps in the markets we’re targeting and I think now we can be even more attractive for those new customers, so that’s the focus going forward.” 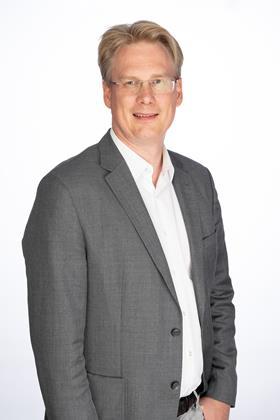 Why now?
According to Michael Lantz, the timing of the deal is right due to the maturity of both companies. “All good partnerships start out with a respect between the management teams,” he tells IBC365. “We have known Hibox for a long time. They have a very solid position but have been primarily active in Europe so far, so they felt that it was time for them to move to where they could scale their offering globally. This felt like a good match.”

Staffan Granholm, CEO and co-founder of Hibox Systems, says the deal will not impact on the current structure of the company, but hopes it will open new markets. “We work with telecom operators, though not on the same scale as Accedio, which has been mostly working with the Tier 1 operators, while we’ve focussed on Tier 2 and Tier 3.

“What we hope, of course, is to grow even faster and be able to accelerate sales and reach an even bigger market,” he adds. “We hope that that with the global support of Accedo, we’ll be able to take the good things that we’ve done locally in the Nordic region to a much broader scale.”

‘Today it’s quite important that you’re on as many different devices as possible,’ Staffan Granholm, Hibox Systems

Lantz agrees that Accedo has historically been very strong in Tier 1. “We’ve had large customers and our solutions and our products have been scaling to those global requirements. But we haven’t been so good at finding customers in those segments where Hibox has been primarily focused. They have a service delivery platform that reaches into those market segments.

“Combining the Hibox platform together with Accedo’s global scale and our ability to do carrier grade support and maintenance we can do any customisations you want in local markets. Because we have 16 offices around the world, we can be more attractive to the market, in particular for the Tier 2/Tier 3 operator segments which I think are underserved. There are plenty of opportunities for those guys to get the same quality of service as the big ones.”

Why Hibox?
“We strongly believe the future of the TV experience and the video experience is evolving,” Lantz says. “Over the past year we’ve had more time to think about long term strategies.”

Part of this was an observation by Accedo that parts of its innovation roadmap chimed with those planned by HiBox.

Aura, a versatile TV platform for providing all kinds of services on a wide range of devices, is probably the Hibox solution of most immediate interest to the typical IBC audience. 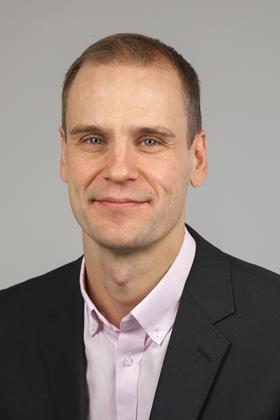 “We have built applications for smart TVs, STBs and mobile devices, but really at the core of these services is this TV system backend,” says Granholm. “We’ve integrated this with numerous third-party systems for EPG, VOD, DRM and billing systems. It’s been built with a very modular and scalable approach. So we feel we’re very flexible.”

“There are overlaps in how we see the future in three or four years,” says Lantz. “If we can combine efforts we can jointly undertake those innovation projects together, which will obviously create synergies and hopefully a faster speed to market and more impact once those have been deployed.”

Even so, the Tier 2 and Tier 3 telcos and cable operators, the market traditionally targeted by Hibox, still face an uphill struggle when launching video solutions.

“They are very challenged at the moment,” observes Lantz. “In every market [they face] the big American OTT providers, such as Netflix and Amazon. At the same time they’re challenged by their traditional competitors, the big incumbent telcos or the ever-consolidating Tier 1 cable companies around the world. It’s super challenging for them to stay relevant. Say you’re a cable company in a small part of Germany for example, historically you’ve stayed relevant by being local. But it’s still a challenge because you need to have a minimum set of features and functions to be able to compete in the market.”

Even with those feature, there are challenges in delivering value in what Lantz refers to as ‘the current arms race’ for OTT/pay-TV markets.

Hibox Systems
Headquarted in Turku Finland, Hibox Systems has grown since 2005 into a company with 36 employees and with sales offices in Vienna and Prague. Flagship offerings are Hibox Aura, a complete IPTV & OTT middleware solution for building TV services on devices, and the cloud-based TV platform Smartroom, used in over 200 hospitality and healthcare locations worldwide.

“Every month there are new features and functions that are launched, and then they become standard in the market,” he explains. “The latest craze is social watching, which has been pioneered by the likes of Disney where you can watch something [together with friends] in multiple locations. That is becoming more and more important for sports in the middle of the pandemic, for example. All of those sort of features will be also required for [Tier2/Tier3] segments, so they are being challenged to keep up with that speed.”

Another of the challenges is device fragmentation. “Today it’s quite important that you’re on as many different devices as possible,” says Granholm. “You have to have your Smart TV solution or mobile solution, you will want to have a Roku solution for your solution in North America; there are just lots of different devices and consumers want to be able to access content on all of them. Naturally this poses a challenge for many of the smaller players, because it’s quite expensive to demo or to buy a solution for all of these kinds of different devices. So we want to address that going forward.”

Lantz describes a market in flux, where many such smaller operators are considering whether to stay in business, if they should sell out to a bigger competitor, or whether they too should buy other companies and create a larger player together.

“I believe that as that change is happening, there will be opportunities for us to deliver value to those segments,” says Lantz. “We can provide better, more modern solutions than the technology vendors they’ve had. So I think there’s a great opportunity there.”

As well as the operator side, Accedo is looking to target media companies with components from Hibox, but stresses this will take some time and the big American OTT vendors are not on his hit list (“we’re not looking to sell to Netflix or Disney at this point”). However he points out that there are elements of the Hibox software stack that would be very attractive for more of the challenger video services. “It could be a niche video service that would require some of the features that they have in place,” he says. “So we’re looking to take components of the Hibox software stack and add it on to the Accedo stack to make us more competitive in the media space.”

However there’s another aspect of HiBox, the one that is focussed on the installation markets in hospitality and healthcare (and proving very successful in the Nordic Region). Could some aspects of these verticals move into the media sectors?

‘We strongly believe the future of the TV experience and the video experience is evolving,’ Michael Lantz, Accedo

Actually, Granholm feels the reverse is true, pointing out that features which started out as part of its IPTV and OTT residential solutions, such as casting to the TV, are crossing over to the hospitality and healthcare markets. “People realised that they want to use the same features when they’re in a hotel, or when they’re in a hospital, and looked to us for the solution. What we’re seeing more and more is that in these hotels, hospitals and cruise ships you still want that experience, you want to be able to access the same kind of content, even though you’re away from home.”

This trend is not just of interest to cruise operators. “I think a lot of Tier 1 operators are also interested in providing TV services, not only to their residential customers but also to their commercial customers,” says Granholm. “We’ve been talking to a few of these large telcos that have a lot of different interests in this market as well.”
Given Accedo’s existing reach and clout within the Tier 1 segment, those type of conversations are likely to become more common.

Market Moves
The media streaming and OTT market is no stranger to buyouts, with 2021 set to continue a upward trend in mergers and acquisitions that COVID only just manage to dent. Last year for example Haivision acquired P2P and WebRTC enabled real-time video delivery platform Teltoo, in a move which the SRT protocol pioneer said would significantly reduce the reliance on CDN distribution to individual players, eliminate buffering and deliver higher quality to each viewer.