Attack of the streaming services

With Disney, Turner, Telefonica and Facebook set the launch their own OTT streaming services what are the implications for consumers - and the wider broadcasting industry?

Everyone is getting on the streaming services bandwagon these days, from the recent shocking news of Disney pulling out of its deal to distribute its content through Netflix so it can set up its own channel in 2019, to giant Turner going into business with UEFA with a three year multiplatform deal to distribute the Champions League and Europa League in the US from 2018. 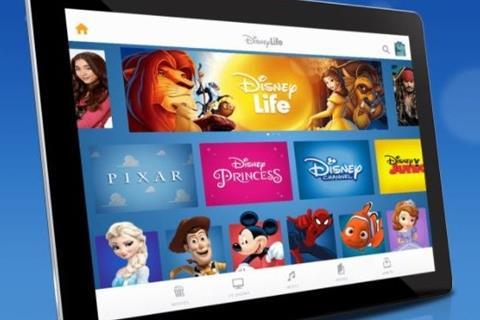 And then there’s Facebook on the cusp of launching original content streaming service, and telco Telefonica looking to make the most of its content acquisitions by creating its own streaming service.

So, what is kicking off the recent rush of content owners and broadcasters moving to start their own streaming services?

In short, the answer is Netflix, said Paolo Pescatore, Vice President of Multiplay and Media at CCS Insight.

“What everyone is doing is jumping on the Netflix bandwagon,” he said.

“If you look at Netflix’s last quarter you can see how many new customers it got [over five million new subscribers added in the quarter ended June 2017, taking the total to around 104 million globally].

“Streaming services mean new revenue streams, but you do need to know who the end user is, and the latter is something some are struggling with. But we’re moving into this kind of world, it’s where it’s all going.”

According to Julia Lamaison, Media Research and Insight Director at GfK UK, content owners and broadcasters are recognising that consumers are moving away from the need to own content – particularly DVDs and physical disks - to a new landscape where they are happy to access content, where and when they want from providers of streaming ‘libraries’.

She said: “This creates opportunities for the production industry who are already suffering from decreased revenues from cheap-to-produce and highly profitable DVDs and ‘boxed sets’. So they have to find new ways of monetising their content through secondary sales, and for the moment at any rate, streaming services are those gaining most traction with audiences.

“The caveat is that you’ve got to have marketable content and enough of it, to make the offer attractive if you want to go it alone,” added Lamaison.

“To date, it is the aggregators such as Netflix, Amazon and Now TV that have found favour since they have the scale to offer a wide variety of choice to consumers. However, who’s to say that a company like Disney, with a very distinct brand, cannot ‘cut out the middle man’ and launch their own service?

“However, it will always come down to the value of the content that is king; you’ve got to have sufficient watchable and marketable titles to make it an attractive proposition to consumers.”

IBC2017 Children’s Content: A golden age - just not on television

On the new streaming services being launched, ABI Research vice president, Sam Rosen, said: “Each of these streaming services has a somewhat different reason. Partners like Facebook are brought on board to increase audience to new target demographics, partners like Telefonica to improve regional distribution, and owned hosted services like Disney and Turner with UEFA increase the content owner’s share of revenue while reinforcing the branded content.

“All of these services, however, are in line with the media ecosystems fundamental proposition; maximising the total value of content over its entire lifecycle, the ability to earn the most money from a piece of content from the time it is produced until the end of time. In doing so, content owners look for times when people will pay more for content, as well as how they can increase their share of the consumer revenues.”

Pescatore agreed: “It’s a great time to be a storyteller. Every Tom, Dick and Harry is at it. You can go to telcos and web providers with your content; Netflix has paved the way. The cost of acquiring content is going through the roof, but if you can create the next blockbuster yourself at a reasonable cost, you can attract people to your platform.”

However, Rosen stated that content creators need to invest in media asset management (MAM) and digital workflow tools which have the ability to move content from production to distribution faster, “doing a better job of generating and categorising additional assets which may be useful in engaging customers”.

He added: “They control the storyline of the content, and as such have the best capability to engage social audiences and drive the viral nature of video. Smaller producers can directly monetise die-hard fans for specific content, while larger producers can develop exclusive services based on a wide variety of content, decreasing revenue sharing with other partners.”

However, all these services might seem a little confusing for the consumer.

End users are now spoilt for choice, said Pescatore, which may spell disaster for some newbies to the streaming services game.

He explained: “The challenge for consumer sis they are going to be spoilt for choice. This is one of the fundamental concerns I have with this rush into OTT services. As a consumer you’re forced to sign up with five, six, even seven providers to get all the content you want, but you need to manage all those billing relationships, know which devices a service is available on, who in your family can watch it, and what about the popping in and out of apps to actually find what you want to watch? There are huge challenges and huge fragmentation.” 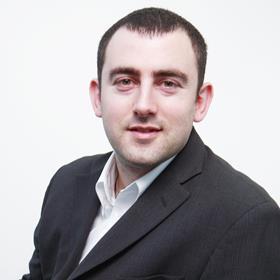 Yet there is an answer, and it is one not currently being exploited, Pescatore said.

“What is needed is a telco to aggregate these services,” Pescatore stated. “That would be great for the likes of a Turner, who could provide the content and let someone else market and manage it, including the relationship with the end user. If someone became the aggregator, it would all be much more appealing for the consumer, rather than have to sign up separately to all these apps, which would be a disaster.

“People claim to be doing some of it, but they aren’t offering it all, and that’s where the opportunity lies. Some of these services can coexist, like Netflix, Prime and Sky, as the content is different enough. The challenge is for those whose content is repeated on other services.”

On whether this trend will confuse consumers with too much choice and too many subscription fees, Rosen said consumer choice occurs at a much more granular level than in the past.

He explained: “In some cases, buying power is shifting from the household, subscription level to the individual, title level. Ultimately, we believe that household discretionary spending on content will grow, but of course it will fragment significantly. The distribution between players (theatres, retailers, broadcasters, cable and satellite companies, etc,) has split with new players including Apple (iTunes) and Google (Google Play Movies, YouTube), Facebook and e-tailers such as Amazon internationally and Baidu in China entering the battle for entertainment spending.”

Battle to the death

Ultimately, not all of these new services will work out well for the new providers.

Rosen stated: “Many of these services will fail; we’ve already seen the failure of Canada’s Shomi OTT service, the recent shutdown of NBC’s Seeso service, and others. Even some of those services which seem to be succeeding require significant business model adjustments and brand maintenance, for instance, Rakuten is in the process of rebranding Wuaki, while Hulu has constantly been tuning its ad-supported (non-subscription) offerings, as well as seen significant adjustments in its ownership model.

”Some of the categories which we believe will be highly successful include content owner services in areas that didn’t have powerful legacy distributors, the OTT pay TV services in North America and Western Europe, and mobile-first video services especially in developing media markets.”

Said Lamaison: “It all comes down to the value of content as perceived by viewers. We all remember the launch of 4oD when Channel 4 tried to charge for access to catch up. Viewers just did not see the value; why should they pay when they can get it free at the time of broadcast or record it themselves? If the new providers offer value to consumers, then sure, they will do well, but there is already enough competition in this market to mean that those who charge too high a price in the eye of the consumer, will not be a winner in the long term.”

Read more Going over the top: streaming vs satellite