Smartphones make up the bulk of AVoD consumption

Smartphones and tablets represent 56% of all AVoD (an advertising-based revenue model rather than a service funded by subscriptions) video views, according to the video monetisation service provider’s Q4 2016 Global Video Index.

At 45%, smartphones make up the bulk of AVoD consumption, slightly usurping desktops at 44% with tablets taking the remaining 11%.

In the Asia-Pacific region, mobile AVoD viewing trends slightly higher than the global average at 58%

At nearly 60% the highest mobile AVoD viewing is in Europe, the Middle East and Africa (EMEA), with tablets having the highest consumption than any other region at 12%.

In Latin America, mobile represents 56% of all AVoD viewing, while in North America, AVoD viewing on mobile devices lags at nearly 50%. That’s 6% behind the global average and nearly 10% behind EMEA. This is due in part to the maturity of the market and more users using a wider range of devices, particularly connected TV.

On the EMEA region’s position at the top of the mobile AVoD viewing ratings Jim O’Neill, Strategic Media Consultant for US West, and Principal Analyst at Ooyala, said: “EMEA is actually only slightly ahead of other regions when it comes to mobile viewing, and I’d expect the other regions to catch up to it in the next quarter or two. 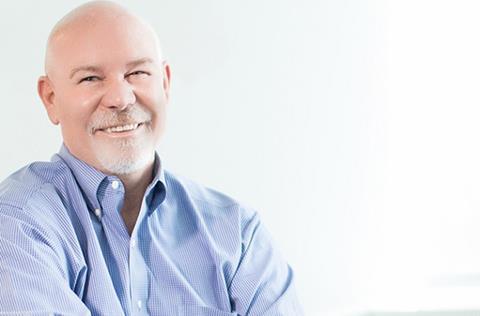 “One thing that EMEA has done more than any other region is adopt the tablet as a primary screen; that’s really the differentiator in the past quarter. It may simply be a lifestyle choice; a decision to not overbuy connected TVs to have in every room when a tablet is simply easier to use, is cheaper, and delivers a great experience.”

O’Neill said that he expects mobile viewing to continue to grow this year. He said: “We expect it to hit at least 60% of all video views by the end of this year, possible sooner.

“New devices will help drive this, of course, with Samsung and Apple both bringing new smartphones to market this year. But, the bigger driver is the amount of premium content becoming available on mobile devices and the habits users are developing around their always-on phones and tablets.

“While older viewers still are most attracted to larger screens, younger viewers are more prone to make the most convenient screen their primary screen… for any content. That’s something that’s only going to increase,” he said.

The biggest growth in mobile usage is expected to take place in Latin America and Asia Pacific as wireless networks continue to develop at a faster pace than fixed networks.

“New technology will continue to make it easier to reach a wide swath of consumers with high-speed mobile services and, as bandwidth increases, use of mobile devices to watch video in those emerging markets will accelerate. It’s really a perfect storm of consumer desire and technology.”

While connected TV and tablets continue to be the platform of choice for long form content, at 96% and 65% respectively, mobile devices are no longer for short-form video only.

Long form content made up 47% of all mobile plays in the fourth quarter, outpacing short form video plays at 40%.

“The idea that long form content wasn’t a good match for mobile screens has always been bunk,” said O’Neill.

“The biggest reason long form wasn’t being watched on smartphones and tablets really was that premium long form wasn’t always available to those devices and, perhaps, buffering on them made watching it less than enjoyable.

”But the technology has improved, delivery is as efficient as it is to any other device and, most importantly, content owners are recognising that their most valuable audience – millennials – are most at home on mobile devices…we’ve always said the screen at hand – whether a smartphone, laptop or connected TV – is what the consumer considers their primary screen.”