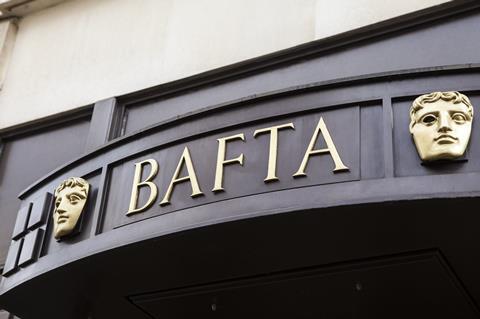 The collaborative research investigation has found broadcasters preferred to talk about the issues and the problems rather than the solutions, with references to climate change and global warming outweighing terms such as electric cars or solar power.

“Reducing our impact is a given, but our real opportunity lies in the programmes we make, and in our ability to use powerful human stories to connect audiences with the world around them.

“We need to understand the links between climate change and society, and act strategically to ensure we do everything in our power to avert the climate crisis.

She continued: “Though it may seem that our future has been taken from us, history is still being created. It is time to write a different script and share it with the world.”

Bafta, along with Albert, the broadcaster and indie backed project that aims to bring awareness of environmental impact on-screen to inspire sustainable living, has revealed how often climate change is mention on British TV.

The report found ‘Cats’ and ‘Picnics’ both garner more mentions than the environment.

The current coverage of the key environmental sustainability themes was analysed using a year’s worth of programming - excluding news schedules - from four leading broadcasters which represented 40 channels and 128,719 programmes between September 2017 and September 2018.

Channel 4 chief of staff Lynette Huntley said the research will help identify what the broadcaster can do more to challenge perception and inspire change around sustainability.

Data deep dive
The results revealed the terms related to climate change mentioned most often are not the ones that have the biggest impact to reducing our carbon footprint.

The report identified words associated with ‘energy’ were only mentioned 6% of the time even though energy represents the biggest part of the average person’s carbon footprint at 24%.

While more commonly used phrases were ‘vegan’ and ‘vegetarian’ however food only accounts for 12% of a person’s footprint.

The report drew comparisons on how often words such as ‘carbon emissions’, ‘recycle’ ‘hybrid car’ or ‘wind power’ were mentioned and then compare these to other words such as ‘cake’, cheese’, ‘Christmas’ or ‘zombies’.

In total, 25 words related to the environment were tracked. Certain words such a ‘carbon offset’ or ‘hybrid car’ were only mentioned 11 times and 22 times respectively.

The research was undertaken to coincide with the launch of Planet Placement, a new guide which is designed to challenge and inspire those working in the industry to weave sustainability messages into on screen content, no matter the genre, in order to help make positive environmental behaviours mainstream.

Albert head of industry sustainability Aaron Matthew said: “To help shape society’s response to climate change we cannot rely solely on the current affairs and natural history programmes, we must think creatively and look for other ways to bring sustainability messages to our screens that are both optimistic and inspirational.

“We are setting up free training sessions for anyone working in the industry, across all genres, so we can begin to explore what a creative response to climate change could look like. I look forward to revisiting this data in a year or two, to see how things have changed.”

More information on the free training from Albert is available here.