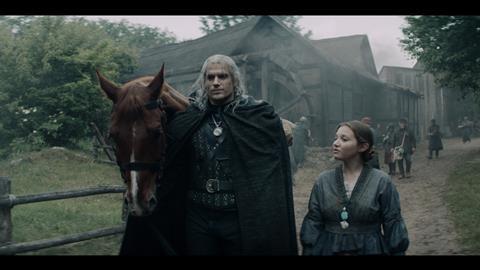 Behind the scenes: The Witcher

Fantasy drama The Witcher combines magic and mythos taken from Andrzej Sapkowski’s books and the well-known game series. Framestore, which worked on VFX for the Netflix show, tells IBC365 about building a new fantasy world. 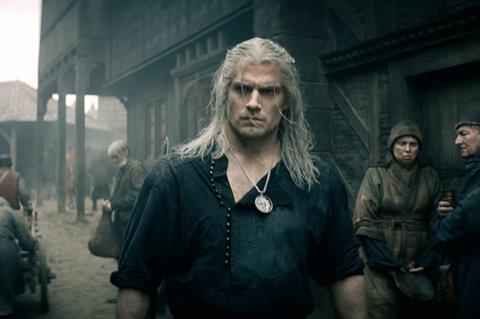 The Witcher: Played by Henry Cavill

When Game of Thrones reached its finale in 2019, it opened up a gap in the market for a new fantasy epic. Enter The Witcher which landed on Netflix in December.

The Witcher, like Game of Thrones, comes to our screens with a pre-installed fanbase, established through the Andrzej Sapkowski books it is based on, and the series of video games of the same name.

Set in a fantastical world where Geralt of Rivia - the titular Witcher, played by Henry Cavill - uses swords and sorcery to hunt monsters, the producers turned to London-based VFX company Framestore for 320 VFX shots.

Across the eight episodes, that is almost the equivalent of a Marvel movie delivered in under a year. Alongside Framestore, other work was delivered by Cinesite and Platige Image, which also completed VFX work on The Witcher video games.

“The budget is just season one so it’s good to grow in terms of scale as well,” explains executive producer, television and advertising Chris Gray of Framestore, who worked on the show. “We talked about the show like it’s going into season three or four of Game of Thrones straight off the bat. You are building a world where there are these creatures and monsters, but of course you’ve got to spread all of that money and budget across eight episodes.”

Framestore was tasked with creating most of the environments in the fictional land known only as “The Continent”. That ranged from the land of Cintra, where much of the action during the latter episodes takes place, to Aretuza, where Framestore developed a lightning sequence in the second episode. 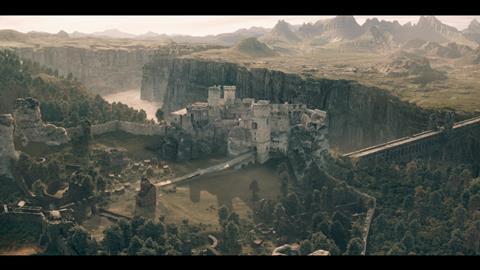 “We got involved in October 2018, when they were still shooting,” says Pedro Sabrosa, who worked as visual effects supervisor on the show. “They had the initial designs and layouts for Cintra, and then we took that on from the art department, and then built on that. It’s building the individual elements of the city using the city engine to help generate such a large quantity of buildings and the layout.

Gray says that initially, Framestore tried to build the entirety of Cintra, but as shooting continued, more scenes were added, needing new sections. To allow for more flexibility, the team could “compartmentalise enough that we could quickly, build bigger sections of the city and expand it” where they needed to.

The variety of the shots the London-based company, which had 90+ members of staff working on the project, helped to develop was “huge” adds Sabrosa.

“Sometimes you can work on 300 shots, and you’re working on a very contained amount of the production. This had a huge amount of work in terms of the effects and the environment, including a lot of focus on the design.

“We used the full gamut of tools that we have at Framestore to help bring a lot of this stuff together.”

To develop the look and feel of the environments, Framestore worked with its internal creative development and art departments, using the production designers’ initial concept art as a starting point.

The majority of the show was run through SideFX’s Houdini, in terms of simulation and lighting. They also used Autodesk Maya as well and developed a CityEngine “to help us with the with the layout and kind of populating Cintra”.

“Well, there are buildings and we built a series of modular houses and buildings that would blend or mush together to create a whole variety of different buildings for Cintra,” adds Gray.

It’s a kinda magic
As with most fantasy worlds, The Witcher is full of magic and mythical creatures. Rather than let the design of the magical elements dominate the show, Framestore designed the magical effects so that they appeared grounded in reality. Unlike, for example, the Harry Potter series where the swish of a wand was almost like an intricate dance, The Witcher uses common elements such as mist as magical effects.

In one battle sequence, the mages – magic users within the show - cast a giant cloud of mist around a castle. According to Gray, the mist was originally designed to have a lot of character, but during shooting, it became apparent that this didn’t fit with the rest of the design. 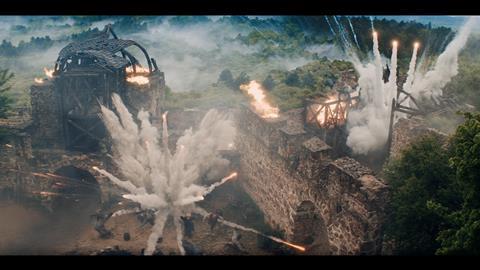 Battle smoke: Cloud mist was designed to look as realistic as possible

“Initially the mist was designed as having quite a lot of character to it, and a very curved approach. It had almost a life of its own,” he tells IBC365.

“When they shot it, it was just smoke with the special effects, so it mostly just drifts around and moves like normal smoke. We then had to scale back the character of this smoke to be more realistic.”

“It was all designed to be quite grounded and practical and real. As opposed to being overly magical and Harry Potter-ish,” adds Gray.

But inevitably, as the popularity of fantasy series has grown, so has the need to inject a distinctive style for the magic – something that was increasingly difficult to do.

Sabrosa says that is something that Framestore is always battling against. OnThe Witcher, his team took the approach of keeping the magic to be more realistic than Harry Potter, but more overt than shows like Game of Thrones, where magical effects are almost unseen.

He points to the design of a fireball in the final episode’s major battle sequence, in which Framestore looked to inject some “personality” into the effect.

He explains: “It had a personality to it with some kind of metaphysical attribute. But also, we dialled in this dark magic, dark matter effect into the core of it, which is just an example of a little subtle thing but what it does is it gives a little nod to the mages using like dark magic.”

Wrinkles and all
One standout shot was during the final episode when Yennefer – played by Anya Chalotra –creates a giant fireball during a battle sequence.

Sabrosa says tracking Chalotra’s face during the scene was vital so as not to lose the emotion, despite effects being used on her face.

“Her face was tracked to her performance, so we retain that sad look, and we kept that emotion into the crumbly ashen face that we modelled,” he explains.

“It was vital that we retain the underlying performance and through her eyes as well, we can realise that. That helped us not lose the subtleties in her performance which was really important.” 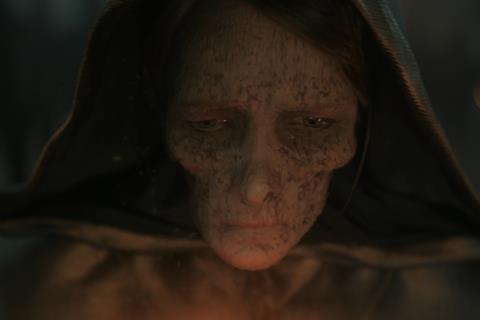 Face detail: “We do full body and facial scans of actors, and also recreate them digitally, or at least do takeovers off of them”

“When you’re working with actors, and you know that they’re going to play a significant part in altering what’s going on in the scene. You want them to imagine and drive that performance based on ultimately where you want to go so nothing is lost.”

To do this, Framestore built a digital version of the character including all of their wrinkles and features.

“A lot of the time we do this, we do full body and facial scans of actors, and also recreate them digitally, or at least do takeovers off of them,” adds Gray.

With series two of the show already announced by Netflix, Framestore will have even more of an opportunity to build the world of The Witcher.