Boosting diversity is ‘a commercial benefit’

IBC2018: Companies in the broadcasting industry will be more successful if they improve on- and off-screen diversity, delegates at IBC sessions on diversity and gender equality are told.

Audiences will move away from mainstream broadcasters who do not improve on and off-screen diversity, warned ITV Commissioning Head of Diversity Ade Rawcliffe. 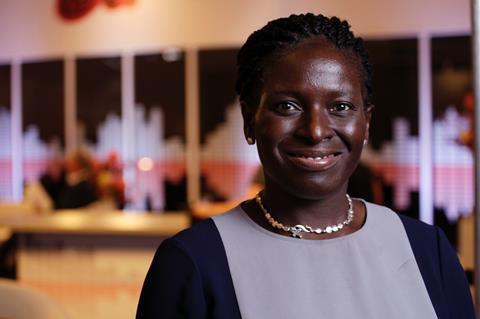 In a Pioneer IBC keynote, titled The way forward on the road to inclusion, Rawcliffe called on broadcasters to “normalise the world of television” by commissioning content that represents the world accurately.

She called for “the widest range of voices” to appear onscreen and to be employed behind the camera.

“If [viewers] see themselves represented in content they’ll enjoy it more - and that’s a commercial benefit,” explained Rawcliffe.

She warned that audiences will migrate to platforms that do offer content that represents the diversity of society around them. “If broadcasters don’t get it right, the new generation are happy to move away from the mainstream,” Rawcliffe said.

Rawcliffe said the broadcast industry must use data to help improve diversity in the workforce as well as in content on screens.

She said: “Companies have to start monitoring their workforces… and be aware of the biases and challenges within them.”

Rawcliffe explained the most powerful tool she has employed in her career is data measurement. “It helps measure progress,” she said.

Speaking on the same day at a Lounge Talk on Gender Equality, Rawcliffe said: “Organisations need to audit their staff. If you don’t measure it, you can’t change it.”

“If [viewers] see themselves represented in content they’ll enjoy it more - and that’s a commercial benefit,” Ade Rawcliffe, ITV

The Gender Equality Lounge Talk heard that companies with diverse workforces are more creative, innovative and far more successful than homogenous organisations. Championing women in the workforce is critical not only for equal opportunities but for innovation, particularly across the science, technology, engineers and mathematics (STEM) sectors.

ITV Director of Platform Distribution Faz Aftab, who chaired the Gender Equality Lounge Talk, said that change is beginning to ripple through the industry but there is still a lack of females working in middle to senior management roles.

Aftab explained that as she grew up she noticed she was treated differently from males of the same age. “The opportunities that were open increasingly started to close. Equal opportunities are everything and this STEM education needs to be embedded from schooling level.”

“We have to be creative - it requires a combination of academia, institutions to cross train and organisations to be more creative and embracing those they want to enter the work place,” Aftab said.

“What is really important is how we champion other women,” Rawcliffe added.

Britbox President Soumya Sriraman said it is crucial for women to be bolder, but also for businesses to create an environment where that attitude is okay.

IET Diversity and Inclusion Committee Member Riad Mannan said change needs to begin at the root of the problem. Mannan made reference to the gender inequality in his own educational environment. A class of 25 had only two females studying engineering, who both went on to pursue alternative career pathways.

“It’s a lot to do with education at a young age and what the image of an engineer is.”

Mannan added: “There is a discrepancy between men and women in pay, which is a serious issue that needs to be addressed with more benchmarking.”

Panellists agreed that reducing the pay gap and changing the perception of male versus female job roles will help.

Rawcliffe commented on the disproportionate pay between male and females in the industry.

She said: “The topic of pay is interesting, especially where a business allows pay negotiations. Culture around pay and the worth of a job role needs to have greater transparency.”