At Broadcast Solutions’ latest Innovation Day, the German company and its partners focussed on IP production, remote production, and the move to the cloud. David Davies was in attendance. 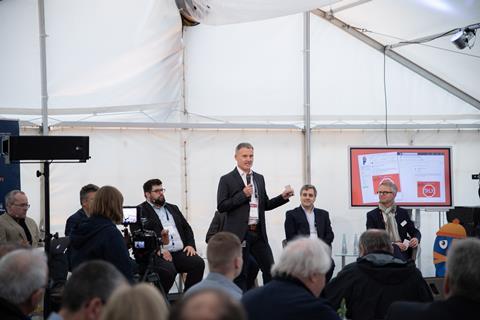 The latest edition of systems integrator Broadcast Solutions’ Broadcast Innovation Days events at its headquarters in Bingen, Germany, incorporated a series of panel sessions focusing on three of the most important issues currently facing the industry.

Sessions looked at the rise of IP, and specifically ST 2110-based, production; the increasing popularity of remote production for sports and news content; and the possible decline of bespoke hardware as more and more functionality is achieved via software and in the cloud

After an introduction from Broadcast Solutions MD and CTO Rainer Kampe, I moderated the three sessions, which featured input from representatives of Grass Valley, Nevion, NewTek, Lawo, Sony, Riedel, NEP and SWR Germany, among others.

The starting point for the first session, on IP and the SMPTE ST 2110 standard, was the discovery in 2018 of an emphatically anti-2110 movement centred upon the STOP 2110! website (as its tagline reads: ‘Yes to SDI to IP migration - but 2110 is not the answer’). Investigative attempts to uncover the originator(s) of the site have so far proven unsuccessful, but this did not prevent a lively discussion about some of the site’s primary criticisms, which include concerns about implementation, bandwidth and hardware compatibility.

There was general agreement that these are legitimate concerns, but also a consensus view that vendors are steadily making it easier to implement 2110 - to the benefit of broadcasters and integrators. Claus Pfeifer, head of connected content acquisition - media solutions at Sony, says that to some extent “we are still in the beginning stages of 2110, but also we have seen a lot of projects being successfully delivered over the last few years. The industry is obviously on a learning curve, but with the right experience and know-how it is clear that 2110 will bring big benefits.”

Phil Myers, chief technology officer and chair of the advisory board at Lawo, confirms that with IP there is always “legacy integration around gateways and connectivity” to be negotiated. “It’s always good to know what the challenges are likely to be going into a project,” he says, adding that the same could also have been said of SDI: “If you didn’t know what you were doing there you could easily have the same sort of problems with timing, for example.”

Nonetheless, he is convinced that the tipping point for IP has now been passed. “If you look at the studies the percentage of people who are still undecided [about moving from SDI] is around 12 or 13%, so for most people it’s not a question of ‘if’, but ‘when’.” 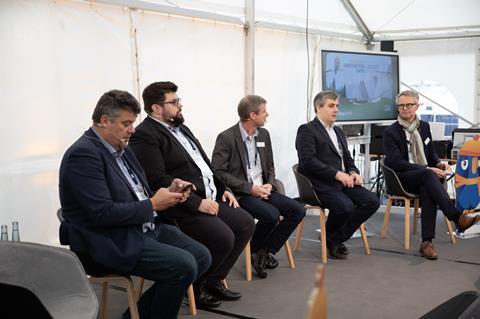 Panel discussing the challenges and rewards of implementing 2110

Regarding the latency issue, Myers believes this will ultimately diminish in importance as more playout takes place in the cloud. “Latency goes out of the window in the cloud as the consumer gets the content when they get it. The claims [by the STOP 2110! Site] around latency in a software stack really only apply to a very small edge stack that is not fully addressed by 2110, but that will come over time.”

Jan Eveleens, director business development video solutions at Riedel, said he had “the grey hairs to show I remember the transition from analogue to SDI”. The more positive development this time around is that there is much more activity in terms of interoperability between different companies’ equipment, as well as “more information and support… it’s not perfect, but in general I think we [as an industry] are doing a good job.”

The same air of inevitability surrounded the second session, entitled ‘Are there use cases for remote production?’ The answer was a resounding ‘yes’, although with the important caveat that it requires very careful planning with all stakeholders - including rights holders in the case of sports - and that it may be fundamentally unsuited to some types of production.

Carsten Higler of SWR Germany confirmed that the primary driver of remote production tends to be cost, adding that the broadcaster has already carried out sports-related RP at major events in Russia and Germany. It has also been producing “a daily domestic talk show for more than 15 years” using RP, surely making it one of the earliest adopters of this approach in Europe.

Larissa Gorner, director advanced live solutions at Grass Valley, voiced the view shared by many that RP is in part a response to “the pressure to produce more content, but without there being much more money” to do so. With “workflows becoming much more efficient, and the ability to run over networks successfully, a lot of the things that were previously very complicated are now much easier to do technologically. So that also makes the business case more valid,” she said.

Geert Thoelen suggested that the demand for content by streaming services was another important factor, with content producers using RP to increase their output and “further differentiate themselves. And then of course you have greater bandwidth availability and lower costs [of implementation].”

Although there is an expectation that news will rely more heavily on RP in the future, there is no doubt that sports will remain the primary driver of the trend. According to Thoelen, there is a desire “to find cheaper ways to produce coverage of niche sports, while lower leagues also want to produce [their own] material - but still in a way that is very high quality.” 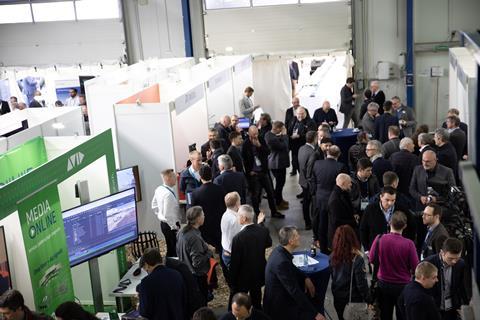 Invited to consider which elements will always have to be situated on site, Gorner remarks that “the cameras will always still be there! But as a company we are focusing on enabling [broadcasters] to have the camera heads on site, but [as much as is possible] everything else in terms of processing can be back at the main facilities.”

The panel sessions concluded with an exploration of the outlook for bespoke hardware as more and more functionality transfers to software and the cloud. The timelines for this transition were the subject of varied opinion, with some especially lively exchanges of opinion between Zero Density VP research and development Kuban Altan and Grass Valley senior VP and general manager cameras Marcel Koutstaal.

At Broadcast Solutions’ latest Innovation Day, the German company and its partners focussed on IP production, remote production, and the move to the cloud. David Davies was in attendance.