Broadcasting the Six Nations: Behind the scenes of the TV production

From machine learning-driven analytics to 4K drone, the broadcast of the 2020 Six Nations rugby tournament will feature some innovative kit as well as some tried and trusted technology. 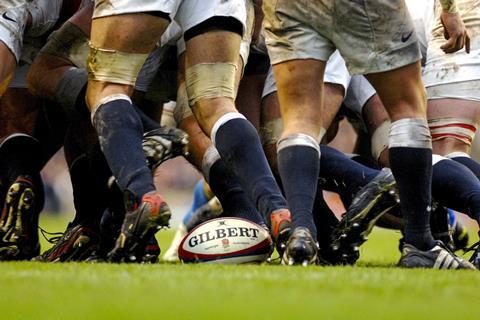 2020 marks the fifth of a six-year deal between ITV and the BBC that sees the rights for all Six Nations matches shared between both broadcasters on television and online.

The BBC kick offs proceedings this Saturday with Wales against Italy at the Principality Stadium while ITV’s first game, kicking off shortly afterwards, is Ireland versus Scotland from Dublin’s Aviva Stadium.

A number of production toys have been introduced to Six Nations coverage in recent years including corner flag cameras, ref cams and assistant ref cams, specialist lineout cameras and aerial wire-cams and this year’s event will use all of those again and more.

BBC Six Nations producer Matthew Griffiths explains: “The coach box cameras and the dressing room cameras aren’t new technology to rugby but this is the first year we will have them on Six Nations after agreement from all of the Unions.”

“This year we are using Batcam 2.0, which is a 4K ready drone (made and supplied by London-based Batcam TV) with 5-axis stabilisation with which we can get steady shots and bigger close-ups even at 240mm.”

ITV’s line-up is a little different for its host of games from Twickenham (including England v Wales on 7 March) and Dublin. It will deploy thirty cameras at Twickenham, all available for replay via EVS, and include two HiMo camera, five Slomo, four handheld RF, an RF for lineouts, four corner flag cams, two railcams (behind the try lines) and a Spidercam. It also has a Sony F5 roaming ENG camera able to shoot Slomo sequences and send to the EVS wirelessly.

The main facilities partner for both broadcasters is Telegenic, now part of the Euro Media Group, and a regular part of weekly Premiership Rugby production.

The BBC has a similar arrangement where world feed coverage of each match is performed on-site as are the BBC’s live domestic programmes. The BBC’s live match coverage is distributed around the world by fibre and satellite by Pitch International.

No remote or UHD production
“There aren’t currently any plans to move to a remote production model because of the number of cameras and the complexity of the production of a World Feed and a separate domestic programme feed,” says Griffiths. 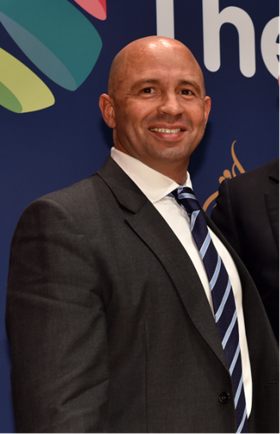 The TMO will watch the match as usual on TV screens away from the immediate vicinity of the game, with access to Hawk-Eye camera angles.

The Rugby World Cup in Japan last year had all 48 of its matches produced in UHD alongside HD but Six Nations production is still an HD-only affair. While the BBC is ready to push the button and stream 4K over iPlayer, the shared nature of the host broadcasts means that broadcasters in Ireland, Italy, France plus ITV would need to switch.

“There are on-going discussions about this,” Griffiths says.

Some matches at the World Cup also featured the Canon Free Viewpoint volumetric capture system. This kit synthesised image data from 125 Canon 4K Cinema EOS cameras located around the Yokohama Stadium in near real time and allows for a virtual camera operator to fly a camera through the action on the field and create 1080p replays from any angle.

While Premier League soccer clubs like Liverpool FC have been outfitted with a similar system from Intel, no UK rugby venue – not even Twickenham – has this facility.

Record viewing figures
“The rivalries and history of the Six Nations can make every match feel like a World Cup final, and with similar camera specs to the World Cup, we aim to make every game as spectacular and enjoyable,” Griffiths says.

“For me personally, rugby coverage is all about geography. It is so important to make sure the viewer knows where the play is on the field and in which direction the play is going in. It’s also really important to be able to see what might be going on off the ball or to see dummy runners. Spidercam offers fantastic shots and can help the viewer feel right up close to the action, but it’s important to keep that in context.”

Wales’ victory over England in Cardiff last year attracted a peak audience of 8.9m on the BBC, more than an FA Cup tie between Manchester United and Chelsea in the same week.

Covering the Celtic nations is particularly important to the BBC as it helps fulfil their PSB remit, fundamental to its licence-fee remit.

“For us, Six Nations matches are more than just rugby matches,” says Griffiths. “Each match is a big event in its own right. Our viewers will range from die-hard fans who go to games every week to people who have never watched a game before and don’t know any of the laws. We have to make sure our coverage caters for them all.”

Non-linear content is playing a bigger and bigger role with online hits, social media and iPlayer numbers rising all the time.

The BBC will provide live TV coverage of Scotland’s, Wales’ and France’s home games on BBC1 and BBC iPlayer. Highlights of every match, as well as in-play video clips of BBC matches, will be available via BBC Sport website and app.

The BBC Live pages also cover every minute of every matchday with live text commentaries, in-play video clips, stats and social media content, as well as selected streams and text commentaries on the Women’s Six Nations Championship which takes place in parallel to the men’s tournament.

AI-driven predictive analytics
As the official technology provider of the Championship for the second year running, Amazon Web Services (AWS) is providing machine learning-driven analytics for the live broadcast. Amazon Machine Learning Solutions Lab is working with data and analytics organisation Stats Perform on the event.

Stats available for the broadcasters to use include information on balls won, impactful tackles, and crucial line breaks, visits to the 22-metre area and data on rucking efficiency – which is often one of the most mysterious parts of the game.

Other stats will predict the probability of a successful conversion or penalty kick. This calculation happens in real time while the kicker sets up to take a kick, and takes into account the location of the kick on the field, the period of the game and score, and if the kicking team is playing home or away. It also analyses historical data, for example, the average success rate of the kicking player in the given field zone, during the Championship, and during the player’s entire career.

A heat map of the pitch will highlight data on ruck location and visually establish where a team is stealing the ball or where a team is more or less effective on the field. Previous stats only looked at the number and duration of rucks so this will bring deeper insight into how the ruck used.

Another stat will highlight dominant tackles – those tackles that put pressure on the attacking team as they lose field position and forward momentum. By mapping out locations and percentage of these actions, it’s possible to analyse a teams’ momentum at the gain line.

“We are continuing to assess the available data before we introduce it,” assesses Roger Pearce, technical director, Sport, ITV Sport Productions. “We are careful to keep stats to a level that enhances the storytelling.”

Free to air to continue?

The present broadcast deal, which began in 2016 and expires in 2021, involves the BBC having the rights to show live all home games for Wales, France and Scotland, while ITV shows England, Ireland and Italy home matches. That could change as a result of the proposal by the Six Nations to sell a 15% worth £300 million in its commercial arm to CCV Capital Partners.

The private equity firm has already bought a stake in the English Gallagher Premiership and has a similar deal with the Guinness Pro14. There is a risk that the Six Nations will move to pay-TV when the tender process begins next month [February].

CVC Partners previously ran Formula One, making a major return on their investment, but criticised for its drift toward pay-TV.

A recent report in the Daily Mail suggest that the BBC and ITV are ‘confident of retaining the rights.’