BSC Expo under the lens

BSC Expo 2020 puts you at the sharp end of everything vital for the production of movies.  Premier digital cameras, big lenses, and LED were among the hot topic at the London event. George Jarrett reports. 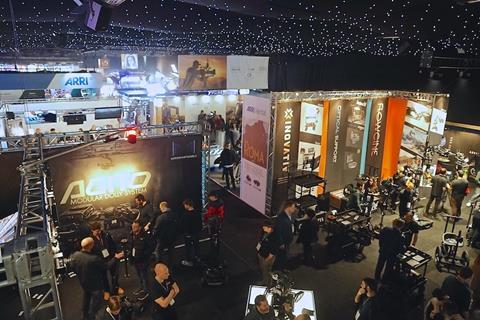 There was a distinct assumption abroad around BSC that Roger Deakins was about to collect a best cinematography BAFTA Award for his brilliant deployment of two Arri Mini LFs for shooting the ground-breaking movie 1917. In the end, he did, alongside his second Oscar.

For Deakins, the first lens development of note was the Zeiss Supreme Prime Radiance FF lenses, a limited edition set of seven gems that take Zeiss out of its comfort zone of clean looks.

“These were born out of rental companies asking us for lenses with a little more character and warmth, and that means flares,” explains Sundeep Reddy, Zeiss technical sales and cine applications specialist. “We studied different families of lenses that flare, and wanted to discover what the emotional appeal is.

“Flare in optical design is actually an unwanted thing, but it does bring a certain amount of emotion, so we created a new coating called T-Star Blue. Different elements use different values of the blue, based on multi-coatings and single coatings,” adds Reddy. “It is the first time we’ve done something like this, but we have the optical recipe of the lens and know exactly what it will do.”

The Zeiss lenses (21-100) can be ordered only until March. For Canon, the Samirex FF primes launched at NAB 19 were the first set it has ever produced as PL mount straightaway. They give a vintage, ‘cooled down’ bokeh. Its Dual Pixel CMOS AF sensor-based autofocus technology will not retire focus pullers but is mighty popular with single-camera operators.

Void in the market
Fujinon has no interest in flares. It has the 28-100 and 80-250 Premista full-frame lenses, with beautiful image circle coverage and weight of 8.4 pounds. 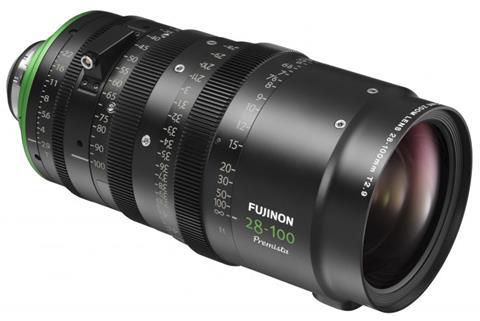 “We are asking the market what we need to produce to compliment these two focal lengths,” says Fujinon Film America director of marketing Thomas Fletcher. “People are saying wide, so that is a hint. We are also looking on the long side because people are asking for a decent zoom. There are not a lot of primes that go that far, so there is a void in the market.”

Cooke Optics’ full-frame anamorphic range (S7) boasts an 85mm Macro. “In the S35 Anamorphic range we have the 65mm macro, and the 85 macro is roughly the same angle of view in full-frame,” says company chairman Les Zellan.

There were two new LED lights that caught the eye for their colour performances, the first being the Arri Orbiter point source. Arri has used a lime chip instead of white to get a larger colour gamut, and the Orbiter gives the user a colour temperature range of 2,00 to 20,000 Kelvin. This light will go to studios and theatres.

The second LED lighting product to stand out was the Panalux Sonara 4:4, a variable white soft light panel, with a built-in library of Lee filter gels. “It is specifically designed to give broad spectrum whites, and at the chip level, we have cold and warm whites. We also have a phosphor green, a pure blue, and a phosphor amber,” said Dave Amphlett, technical director of Panalux in Europe.”

The fixture can be tuned across a broad, even spectrum of white colour temperatures, from 1600°K to 20,000°K.

“Other lights are pure RGB and a white or two. Their colour gamut is limited and they cannot get that really warm tungsten that cinematographers and lighting directors want,” he adds.

Small footprint
The two phosphors are a big factor in the Sonara. On the power side of its business, Panalux has paid heed to all industry carbon footprint alerts with its silent running h40 hybrid generator. This is a combo of diesel engine and Lithium-ion battery array and gives 240V AC power up to a load of 40kW. The small footprint (ULEZ compliance) and engagement of the diesel engine just to charge the battery, is almost money saving by default. The days of running a generator all day on shoots must end.

The versatility value with the now mature top cameras pertains to the Panavision DXL-2 through the DLX-M accessories kit and 11 sets of spherical large format lenses it has developed. The Primo Axis built for drone shooting has a common optical prescription as other Primo ranges.

“With cameras today, optics are one of the biggest differentiators in your image. With all the cameras in the cinema market, their quality surpasses even the HDR displays in terms of dynamic range and colour, so essentially you are capturing a larger pallet than your display pipeline in post. There is not one of these that is going to change the look of your optics,” says Aaron Kroger, Panavision’s director of product strategy. “Cinematographers and flare? Well, they are always chasing something new, and when it becomes popular, they move onto the next trend.” 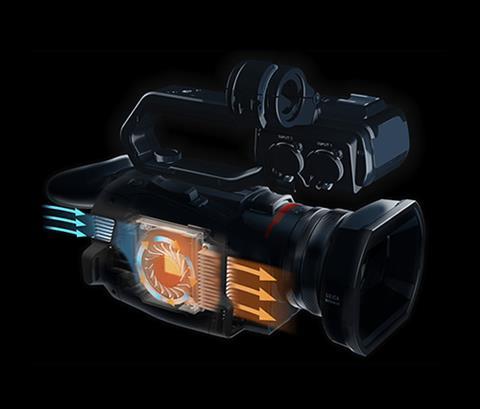 One of the smallest gems at BSC was the Panasonic AG-CX10, the lightest 4K 60p camera yet seen. It has a set of dream specs including fixed Leica lens (either 24X or 32X), HEVC codecs, full HD live streaming via built-in Wi-Fi, 3G SDSI, LED light, and heat dispersion.

“It is aimed at anywhere you want to shoot 4K progressive and not worry about the Meccano,” explains Panasonic’s head of broadcast Nigel Wilks. “I showed it to the top end people on TV and they all said they had been waiting for exactly this.”

At reasonable prices
Sony has extended deployment of its Trimaster technology to produce the very impressive PVM-X2400 and PVM-X1800.

“After we developed the BVM-SX310 master reference monitor we had market demand for creating 4K HDR models for production applications on set and for live production. It had to be at reasonable prices, so we developed 24-inch and 18.4-inch LCD monitors,” says Daniel Dubreuil, senior product manager with SONY PS Europe. “For those applications on set, they have DC voltage (22-32), 12 G SDI (plus more), HDMI input, a lot of pre-set functionality, and a USB slot.”

The convenience factor for cinematographers to do some pre colour grading on the DIT cart on set is aided by quadrants that can have independent settings. You could move different strains of HDR, see what is best for grading, or show the colour accuracy and consistency with a grading monitor. The colour and skin accuracies are impressive.

Dubreuil adds: “We got as close as possible to the master monitor, and the price is below £10,000. You can reduce the time in post by pre-grading on set. The colourist does not need a full workflow.”

Sony and the Venice – now at V5 – are in a massive versatility stage prior to the next run of new cameras. “The game-changer was the extension Rialto. Venice users have always been able to detach the sensor block (and ND filters), and you could put that on a car crane (as above). This is a maximum of 5.5 metres distance, with the full flexibility of shooting in high frame rate, in terms of colour reproduction, and in terms of sensor modes,” said Claus Pfeifer, head of connected content acquisitions, Sony PS Europe.

Extending the lack of compromise regarding cranes applies to drones too. “If you put the camera body in the centre of the drone and have the small part of the sensor underneath that gives you a far better gravity point,” said Pfeifer.

Have the S35 and full-frame formats settled down as options as film formats did? “It depends on what you want to use, the style you want to shoot in, and for many productions potentially, S35 is enough. In some productions, most scenes are shot on S35 but there are somewhere they go to full-frame as they want to capture wide-angle and use other lenses,” said Pfeifer. “Venice does both formats.”