Can commercial TV counter the threat from digital media?

Commercial TV across Europe is having a hard time holding onto its key clients, who are not viewers but advertisers.

In the UK it was assumed that the so-called “Brexit effect” was hitting ITV and Channel 4, but there’s no such excuse in Germany where Pro7-Sat1 is also hurting, or France where TF1 and M6 are also struggling to maintain revenues with zero growth expected.

The fact is, of course, that it is all-things ‘Digital’ that’s stealing broadcaster cash.

But according to analysts at investment bank Deutsche Bank, it is also that commercial TV’s audience is getting older. “Older viewers are increasingly propping up TV viewing and ITV commercial impacts, but are of lower advertiser value,” states a study from the bank. Moreover, 16-34 viewing impacts are now declining by up to 10% annually as younger audiences move to online video on mobile, catch-up and social media.

ITV’s first-quarter advertising was down a worrying 9% year-on-year which did no favours for the broadcaster’s share price and saw the exit of CEO Adam Crozier in June without a replacement in place. Most commentators praised Crozier for his seven-year sting at ITV and that structurally the broadcaster was better-placed for the future. But what sort of future? 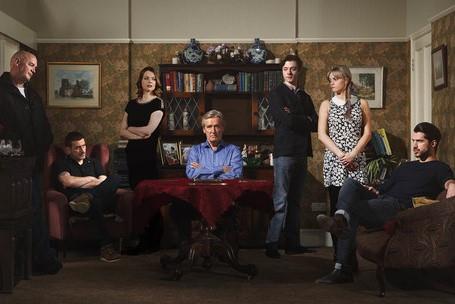 Deutsche Bank’s report says that for ITV this is not going to be a good year, and not helped by an expected -8% downturn for ad-bookings in May, and -15% for June.

However, the bank reminds investors that the ‘death of broadcasting’ has been predicted for years and yet commercial TV still hangs on.

“But a pattern is emerging over the past nine months of traditional, “linear” TV failing to grow in line with improving consumer confidence and GDP trends.

This is of particular concern now as our channel checks are showing unexpected weakness in European ad markets the second quarter of 2017.

“At the margins, digital is starting to bite”

Linear TV is not collapsing, but new campaigns are seeing a far larger share going to online video, social and mobile. It makes the recovery trade in French and Spanish TV stocks particularly vulnerable,” says the study.

The bank says that the markets which are seeing most marked dislocation are also those which are seeing the most rapid change in viewing habits - less time spent watching traditional linear TV, in favour of more video viewing online and on mobile.

Sweden and Denmark, the most advanced digital ad markets, saw TV ad spend turn negative in 2013 and it has not grown since.

The UK is shrouded in Brexit, but despite strong consumer confidence and 1-2% positive real GDP, TV ad spend fell 5% last year. It is down 7% so far this year, says the bank.

“The Netherlands may not get much attention, but TV ad-spend has been running down high single digits with >2% real GDP growth and is worsening in 2Q to >-10%. A coincidence? We do not believe so. Our case is that linear TV is becoming less effective in delivering mass audiences for commercials (or “impacts” in trade terminology) as viewing time falls.

“As new ad budgets are being planned, a far larger share is being allocated to digital, especially mobile, online video and social. This is not the ‘end of TV’. Linear TV reach still vastly outguns digital media. But at the margins, digital is starting to bite. Even RTL has conceded that the accelerating decline in the Netherlands is due to falling linear viewing.” 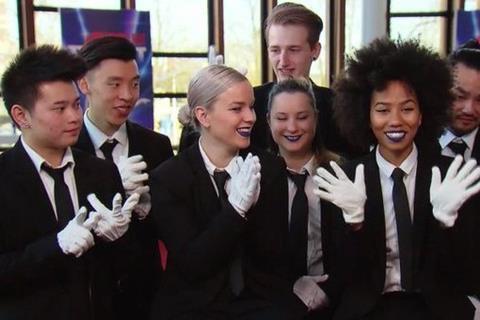 The bank is blunt, saying that despite regular headline stories of various boycotts of Facebook, Twitter, YouTube and others the bottom line is that month-by-month the digital players are winning a greater share of the advertising cake.

“While digital has teething issues, the shift of eyeballs and ad-spend is inexorable. Online advertising is now twice as large as TV in the UK and grew by 17% last year vs TV down 4%. Online is on track to overtake TV in the US this year. This spend has to come from somewhere. Official stats on ad share, showing TV stable, are increasingly outdated, in our view.”

Deutsche Bank admits that commercial TV has always suffered from misrepresentation (such as people turning away from the screen during a break to make a cup of tea) and the number of viewers who switch channels during an ad-break, or fast-forward when viewing on a PVR, but it also reminds us that Digital Media also faces “fraud issues” as well as measurement challenges.

“Let’s be clear,” states the bank. “TV’s reach may be falling, but at more than three hours per day, TV remains a primary means to achieve broad awareness amongst a demographic for advertisers. Online offers targeted exposure, but the relatively low reach means to achieve mass awareness, certain viewers are hit too many times with the advert (noting the phenomenon of seeing the same ad 20 times on a browser or on catch-up player).

“TV reach and efficiency remains effective. TV is not dead. But this is about leakage of new campaigns. Incrementally, new Euros and Pounds are clearly not being put into TV in the same way they once were. They are certainly not going into the traditional broadcasters in the same way as they were.”