Case study: How ITN is phasing in flexible studio production

Having experimented with remote production for a number of years, ITN is now looking at enabling some editors, directors, PAs and other studio operational staff to work from home. IBC365 finds out more. ITN studio: Looking to technology to reduce on site staff

Live studio productions are not usually associated with being at the forefront of flexible home working.

The complex and in-the-moment nature of live studio broadcasts has traditionally required teams of operational staff to work together in the studio to deliver news or sports programming, from floor managers through to cameramen, vision mixers, technical directors and directors.

The Covid-19 pandemic has, however, caused live production specialists to turn to technology to help reduce the number of people in the studio in a bid to create a safe working environment.

ITN, which produces flagship UK news bulletins such as ITV News at Ten and Channel 4 News through to live sports and industry programming, made a number of immediate changes when the pandemic hit. It sought to create a Covid-safe work environment for critical broadcast staff, introducing measures such as screens between work stations through to team bubbles.

Since then, ITN has thought hard about how it might possibly reduce the number of operational staff that need to come into its studios.

It is embarking on a three stage plan to allow more people involved in live studio productions to work remotely.

The first stage has been tested and will roll out in the next three months, explains ITN chief technology officer Mohammed Akhlaq, who took over in October from Bevan Gibson. 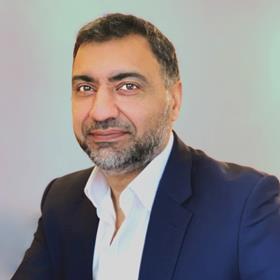 Key roles such as output producers or production assistants in the gallery, who do not require a control surface, will be given kits that allow them to work remotely. Akhlaq says ITN has used a number of existing remote systems, such as vMix, BirdDog, RTS, Unity intercom, IPTV for monitoring and Teradici, to create the kits together with laptops and iPads with the option for a talkback unit.

The technology to allow such remote working is “relatively doable” says Akhlaq. The bigger challenge is around “workflow change.”

In a live studio, workers are familiar with their environment and gallery work station, and can have regular and easy interaction with colleagues.

Working remotely, however, they are isolated and detached from the noise and banter in the gallery – despite being linked by talkback and a screen. They also have a new technical set up to contend with.

Akhlaq says it’s important to do a “couple of dry runs” to allow people to become familiar with the remote systems and their layout.

The role of the technology team is not simply a case of supplying people with remote working kits. “70% of the job is getting the person comfortable with working in the new environment and adapted to the new workflow so it allows them to do what they need to do in a manner that’s effective,” says Akhlaq.

Phase two of the remote working plan will see ITN expand it over the next 12 months to more studio roles, in particular some that require limited or basic control of services and functions in the gallery. This includes jobs such as a production assistant or a graphics operator.

Phase three of the plan will see roles with more production control functions such as a vision mixer or a sound operator being able to work remotely.

ITN is rolling out these changes in a phased and measured way, stresses Akhlaq. “We want to see how people adapt to the new workflow. When you put a new workflow in, you think it’s going to work but in reality there are some tweaks that need to be made. Some of those tweaks might be quite minor, but their impact [in a live environment] can be big.”

ITN is also implementing the changes initially on short bulletins and programming. “It’s important not to run before we can walk,” adds Akhlaq.

For now, ITN’s studio operational headcount has hardly reduced at all. But as these phased changes are introduced, its studio set up could look quite different as more people are able to work remotely.

It’s unlikely, though, that remote working will be implemented on ITN’s flagship news bulletins. However, ITN’s wide range of output – from sports programming to conference coverage for organisations such as the CBI to BP – gives it many opportunities to implement flexible production. Such programming could be produced in a more cost effective way for ITN thanks to remote working. For example, fewer people might have to travel to events. “We are looking at how we can adapt these new ways of working to better enhance our competitiveness in the market,” says Akhlaq.

These flexible working initiatives are all changes that ITN would likely have explored and introduced in time. The pandemic has been a “catalyst for change”, says Akhlaq.

Even before Covid19, ITN had been experimenting with remote production for a number of years. Notable examples are the 2016 US election, and the Harry and Meghan Wedding in 2018, where ITN sent its talent and camera teams on location but mixed and produced the shows in its London headquarters. ITN took this a step further in 2019 when it produced the World Athletics Sprint Relays, being held in Yokohama, out of NEP’s Andrews Hub in Sydney, returning the programme feeds back to Yokohama for distribution to local rightsholders and a worldwide audience. 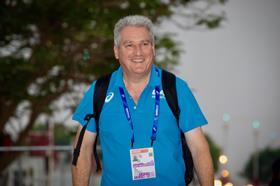 In February 2020, when starting to plan out the year ahead, ITN was reporting on the worldwide pandemic that was unfolding. ITN head of engineering Ian Auger says the technology team were being asked for solutions to enable ITN to keep producing news programmes with the country on the verge of a lockdown.

However, ITN’s broadcast infrastructure, which was about to undergo a major technology refresh, was not really geared up for remote control so the team set about working out what bits it could easily pick off.

“We already had good LiveU capacity and had switched to taking many contributors in from home using conferencing tech like Skype, so we built a number of home presenter kits around this,” says Auger.

These were based around either a LiveU 2/300, with a Panasonic GH5 camera, or LiveU lite running on a laptop or mobile. This was complemented with personal mics, earpieces and a range of LED lighting.

“Where required, we delivered low latency prompting feeds using SRT streams from our in-house IPTV system or, in the case of Channel 4 News, via Zoom,” says Auger. “We also used IPTV to drive in-vision monitors, at presenters houses, using Raspberry Pi’s as a decoders, which could be remotely controlled from base.”

In parallel to this, ITN needed to keep its news and post edit suites running with the option of remote operators. This was facilitated using Teradici PCoIP agents running on the edit desktops in its offices to allow users to remotely edit material stored on ITN’s Avid PAM systems. For post users, a producer feed was made available by taking an NDI output from compatible suites and turning it into SRT streams via Medialooks Cloud platform.

Looking ahead, Akhlaq says he would like manufacturers and broadcasters to work together more closely to develop tools and technology that can further enhance storytelling and the viewer experience. He recalls that when he began his career at the BBC, manufacturers would loan kit for engineers to “play around with – you’d feedback, there was a sort of R&D element to it and you could see you might use it.”

Nowadays manufacturers are leading the broadcasters, he says.

“They’re coming out with equipment with new functions and features that we haven’t really thought about how we could use. Both from a technical perspective, but also more importantly from the production side, we don’t know their capabilities.”

He says a collaborative R&D style of working could do with being “reignited” between manufacturers and broadcasters. “I’m keen on setting up a team to see how we can better employ and integrate new features and functions.”