The DR challenge
DR Radio (from its earlier name, Danmarks Radio), isn’t just the part of Denmark’s national broadcasting corporation in charge of radio programming, but also the country’s oldest and largest electronic media enterprise. Facing the slow yet inevitable phasing out of ISDN connections in Denmark, as well as the aging state of its existing ISDN codecs, the public broadcaster undertook an upgrade of its audio contribution technology. 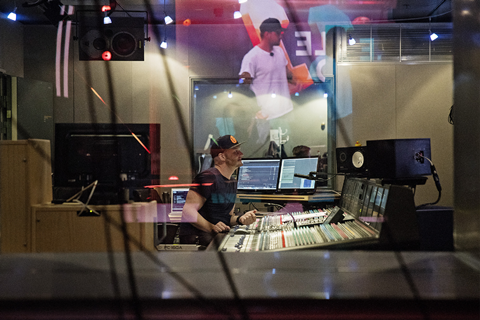 The aim of the project was not to make a total move in one step from ISDN to IP for all audio contribution connections in DR Byen, its Copenhagen headquarters, but rather a gradual move towards IP. In this way, DR could give its staff experience with audio over IP (AoIP) and gently introduce the benefits of IP audio connectivity to its journalists and master control room (MCR) operators.

The plan also took into account the fact that ISDN still is used in many countries in Europe, and DR maintains a number of ISDN lines and ISDN codecs in its MCR for audio contribution applications.

DR determined that it required 10 IP audio codecs and a secure SIP infrastructure that could handle the IP calls, along with a management system for system status overview.

The broadcaster planned to install six of the codec units permanently in MCR as a “bank” of receivers and use the four remaining codecs as field units. New IP codecs purchased for the MCR would need to support SIP to enable interoperability with existing Tieline Commander AoIP units used for field reporting applications, as well as ProntoNet codecs in DR new OB vans.

Finally, it was critical that any new IP audio codecs fully meet fundamental ACIP specifications, such as EBU Tech 3326 and 3368 (2014).

The solution
Although DR considered purchasing mixed IP/ISDN audio codecs, the broadcaster found the market for mixed ISDN/IP codecs to be very limited — and the few available hybrid systems to be far more costly than IP-only codecs. As a result, DR decided to purchase IP-only codecs, selecting Digigram IQOYA Call codec after a tender and evaluation process. 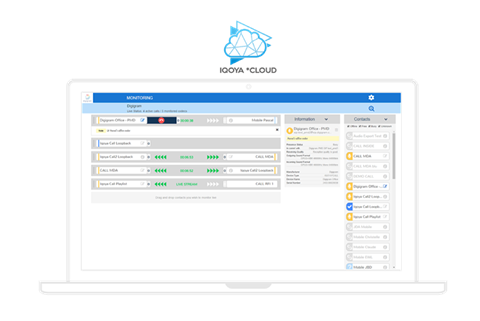 To achieve a high degree of security while maintaining a single point of entry for all DR connections to the Internet, DR worked in close cooperation with Digigram and Oracle, the SBC supplier, to configure the IT architecture according to its specific needs.

The Result
Designed to provide a reliable audio contribution link with uncompromised broadcast quality, even over the Internet and mobile networks, IQOYA Call codecs and IQOYA Cloud application provides DR with a full-duplex stereo connection between remote sites and its MCR. 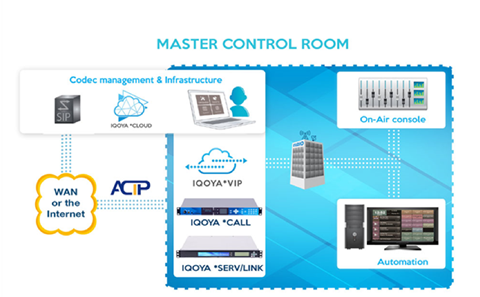 Since the Digigram codecs were deployed in March 2016, the broadcaster has increasingly relied on its IQOYA Call codecs to support audio contribution using SIP connections.The Digigram systems have provided stable performance and low latency, becoming ever more familiar to both journalists and MCR operators.

DR has successfully used its IQOYA Call codecs for live audio contribution during live church concerts via the broadcaster’s “Sound Bus” OB van, connected to the MCR via a VPN; during the Summer Games in Rio, where the units served as backup commentary connections via the public internet and via a leased 1 GB/s fibre connection; daily live traffic reports from the new Danish Traffic Center; daily church sessions from Copenhagen’s main cathedral; and coverage of the US presidential election via the public Internet.

”IQOYA codecs deliver! We are very happy with the sound quality, system stability and the ease of connecting to the MCR via IP and SIP server” Eski Faber, Product Manager, DR Radio

As ISDN connections continue to be phased out, DR can easily extend its fleet of IQOYA Call IP audio codecs, leveraging IQOYA Cloud to simplify deployment and management of its IP-based audio contribution infrastructure. Benefits of the solution

Digigram"For over 30 years, Digigram has been harnessing IP technologies for flexible and secure workflows."