As more content moves to OTT, we’re seeing an explosion in data, but the challenge is in how to deliver it effectively. James Pearce reports on Akamai’s Edge World 2019. 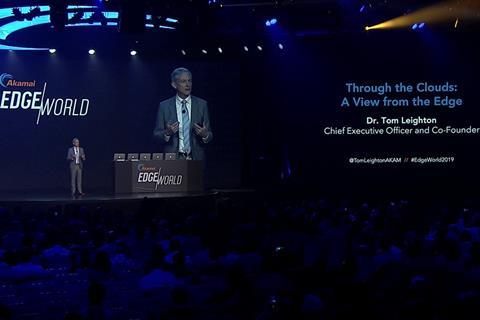 Broadcasters are looking for new ways to gain an edge in today’s competitive market, but the challenges around moving to an OTT model and pressures on content acquisition make this difficult.

What make this shift to OTT perhaps even more difficult is the difference in traffic patterns that broadcasters face, especially when it comes to live sport.

Whilst linear broadcast is seen as reliable and has solutions built over decades that can deal with peaky traffic, the internet is by its very nature unreliable, and that means traffic spikes are a big challenge.

IBC365 sat down with Akamai’s CTO for media James Kretchmar at the company’s Edge World Congress in Las Vegas. He explained that the internet itself was never designed for the volume of content it is now carrying.

“The internet is inherently unreliable – the technology if built that way,” he said. “You send a packet out and it may not reach its destination. Our job is to build reliable services on top of that using intelligent algorithms for deployments etc.

”We’ve been able to do well enough with that that expectations just keep on going up. And you get to a place where it does just work, and people assume it will just work all the time. So, the more work we have to developing specialised technology to make it work all of the time.”

For Akamai, which operates in 139 countries and across 1600 networks, the challenge is especially great. Its customers, which include several major broadcasters and OTT providers, are seeing ever-increasing traffic peaks – yet pressures on costs mean they are reluctant to pour money into greater bandwidth spend.

“We’ve got close relationships with the network providers and that is in part so we can help our content provider customers get their content everywhere efficiently,” added Kretchmar. “It also benefits ISPs because it offloads their need to go out of the network to get stuff.”

One customer who works with Akamai is New Zealand telecoms provider Spark, which also offers content through an OTT service Spark Sport.

“We’ve gone from a traditional model where sport is consumed through linear TV and moved into an OTT service,” he said. “That brings lot of challenges, especially for sport.” 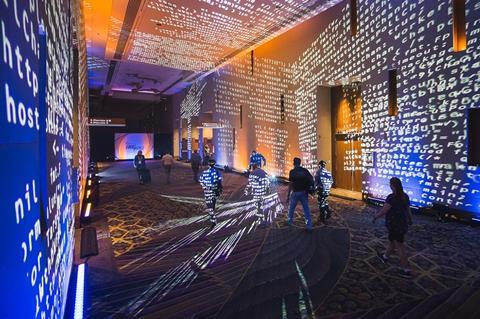 He pointed to New Zealand’s love of rugby, where there are more rugby fans per square mile than any other country in the world, he claimed.

Spark Sport launched less than half a year ago and it has signed rights deals for rugby, English Premier League (EPL) football, F1 and NBA.

“We’ve moved sport into an OTT service and that is challenging because you have a large audience of rugby fans. So, you have to make sure that not only the OTT platform is ready, but also make sure you work with your delivery partners ready to scale up.

“The move to an OTT makes it more affordable and makes our content accessible from anywhere, from any device. We saw it as a good opportunity to change how customers consume live sport.”

That challenge of scalability and the cost of scale is often balanced against the cost of content acquisition. In sport, the costs of rights have grown exponentially in recent years. Take the EPL as an example. According to Sports Business Institute, Premier League rights went from £191 million per season for the 1992 to 1997 package of rights to an estimated £9.2 billion for the upcoming 2019-22 package.

“These organisations face a huge trade-off because the costs of sports rights are just spiralling,” explained Natalie Billingham, Akamai VP of media for EMEA.

“They want these rights, but with sport more than anything, there is no point getting those to rights and not having the quality to watch it. If anything is quality sensitive, it is live sports. As soon as there are problems with this kind of broadcast, you see social media light up.”

It is these peaks that prove particularly challenging for delivery over OTT. Billingham pointed to the example of the IPL cricket which had seen Hotstar smash the OTT streaming record with 18.6 million concurrent viewers over its offering (this was again broken for the Cricket World Cup).

“We have regular discussions about making it as cost effective as possible and one thing they do like about Akamai’s platform is they can scale for peaks. If they do this themselves that is hard to prepare for.”

Traffic growth
The beginning of a shift away from linear services was obvious at Edge World. Akamai founder and CEO Tom Leighton, in his keynote, touched upon this: “I was recently told by one of the world’s largest broadcasters that they are planning to stop using satellites altogether within 10 to 15 years,” Leighton said.

This is reflected by a growth in traffic on the Akamai platform, which topped a terabit per second for the first time in 2008.

Leighton explained: “This seemed like a really big deal to us back then. To put a terabit of traffic in context, it’s the amount of traffic needed for a million people to watch a stream that’s encoded at one megabit per second. Now, a megabit per second is less than half as good as what you would need for standard definition TV – that’s about two to three megs.

“A lot has changed since 2008 – we now deliver sporting events and gaming downloads that consume 20 to 30 terabits per second, all on their own.”

Akamai’s peak last year was 72Tbps – that’s what you would need for 18 million viewers watching at 4Mbps. Leighton said that’s slightly better than standard definition TV, and at the bottom end of the range for DVD – which is already a legacy technology.

“[Online broadcasters] are wondering: can the internet scale to handle all that load, and can they afford to pay the cost of so much traffic?” Tom Leighton, Akamai

Leighton, estimating how much traffic internet video might consume in the next few years, said there were around 2.5 billion people who have streamed a video at least once in their life. If these people would watch simultaneously at 10Mbps the amount of traffic it would generate is 25,000Tbps.

“That’s why online broadcasters are so concerned about the capacity of the internet, and the cost of streaming over the top. They are wondering: can the internet scale to handle all that load, and can they afford to pay the cost of so much traffic?”

Eric Klein, director of infrastructure delivery for Disney Streaming Services, took to the stage at the event to share how Akamai and other content delivery network (CDN) providers are helpful in not only delivering all that content, but helping content owners lock it down as well.

“We have a lot of content we’re delivering to a lot of customers across multiple CDNs,” Klein said. “We need to be sure our origins are protected.”

He explained that Disney encrypts its content meaning you won’t be able to play it without access. “But you can still download those bytes. And that’s a problem,” he added, pointing to real-time detection services as a solution.