Cloud and cloud transformation were among the dominant themes in Hall 14 at IBC2019, particularly as operators and service providers work out how to bridge the gap between broadcast and broadband. 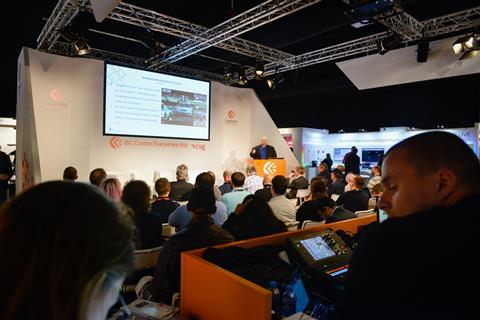 Those who spent any time in Hall 14 at this year’s IBC would have seen the large and sprawling Google Cloud Partner Pavilion situated right at the entrance. The stand has grown in size in recent years as Google Cloud integrates an increasing number of partners to support its public cloud offering.

Indeed, cloud and cloud transformation were among the dominant themes in Hall 14 at IBC2019, particularly as operators and service providers work out how to bridge the gap between broadcast and broadband.

Andy Hooper, VP sales engineering and strategic alliances at content delivery specialist Edgeware, was among a number of executives to articulate that challenge — and attempt to address it with new product launches.

For instance, Edgeware is positioning its Virtual Channel Creation product as a “crossover solution” that enables broadcasters to offer a tailored ‘lean-back’ OTT TV experience to their viewers, as explained by Hooper. 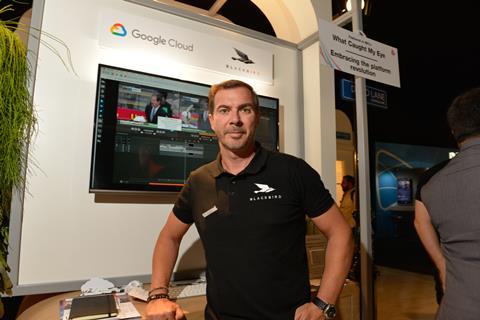 Blackbird CEO Ian McDonough also stressed his company’s cloud credentials, pointing out that its platform was built cloud-native from the ground up, rather than merely virtualising an existing infrastructure.

At the same time, a widely held view among Hall 14 exhibitors was that hybrid models will persist for some time to come, as operators will not want to abandon all their old systems altogether in the transition towards a cloud-based, digital infrastructure.

Paolo Pescatore, tech media and telco analyst at PP Foresight, cited content personalisation and low latency as two other themes that stood out in Hall 14.

Personalisation is an increasingly pressing requirement as the availability of content grows exponentially — and content discovery is an important part of that trend.

Vionlabs was one company that highlighted the need to change how users discover content and improve how content is recommended to TV viewers based on their previous viewing history and habits. At IBC2019, it formally introduced its new content discovery platform that aims to present more relevant film and TV recommendations to customers.

Marcus Bergström, CEO of Vionlabs, said the goal is to reduce the reliance on metadata, which he said has proved to be an unreliable metric for determining what films and TV series are actually about. Through the implementation of AI and machine learning technologies, Vionlabs believes it now has a solution to the problem.

Yves Padrines, CEO of Synamedia, suggested that a new model is required that would enable customers to view all their content from a single place, rather than subscribing to disparate applications and streaming services. Padrines cited the Sky Q platform as a good example of how subscribers can have a single view of all their TV content services.

As noted by Pescatore, reducing latency for live streaming is a prevailing concern, which was also highlighted by Lars Larsson, CEO of Varnish Software.

As Larsson put it, “the most successful companies care about latency,” with live streaming platform Twitch cited as a good example. Varnish Software uses caching technology and edge servers to tackle issues such as latency and traffic peaks.

Ian Volans, the session producer for the IBC Content Everywhere Hub that presented 48 sessions involving more than 70 speakers, said live streaming and the challenges of low latency had been a recurring theme through the Hall 14 conference sessions.

“One interesting observation by several speakers is that low latency is challenging and therefore potentially more expensive, but isn’t necessarily relevant for all types of content,” Volans said. “Lower latency is certainly important for sport but, as one speaker noted, you don’t want to beat the traditional linear channel showing the same content. You do want to beat Twitter, however.”

One example of a product launch aimed at reducing latency is the Wowza Hublet for SRT Hub unveiled by Wowza Media Systems for low-latency streaming from any location to any device. The Wowza Hublet for SRT Hub was built in partnership with Haivision and Microsoft Azure and works with Wowza’s streaming solutions. Tim Dougherty, Wowza’s director of sales engineering, spoke about Apple’s Low-Latency HLS in the Content Everywhere Hub, and Wowza also demonstrated the delivery of Low-Latency HLS via the Wowza Streaming Engine.

Meanwhile, 5G has been a common theme throughout the conference and exhibition, as telecoms operators continue to ramp up deployments globally. Although 5G rollouts are still fairly limited, with the greatest advancements made so far in South Korea and the United States, streaming video and cloud content specialists are already looking ahead to what 5G could bring.

As pointed out by Henry Tirri, chief technology officer, and EVP of research and development at InterDigital, 5G “is generating huge expectations for the types of video content that will be feasible in this new era”.

InterDigital R&I said it is focusing on developing new technologies and standards that can maximise the ultra-low latency of 5G networks. The company recently acquired the Research & Innovation (R&I) research and development organisation of Technicolor, expanding its research capabilities beyond its core wireless base into new areas that are expected to provide significant use cases for 5G, including video, augmented reality and immersive content.

Varnish Software’s Larsson sees considerable potential with 5G and its low-latency promise. He also pointed to the fact that this will create an even greater role for telecoms operators as the providers of new 5G base stations and data centres. Indeed, Synamedia’s Padrines also highlighted the growing significance of telcos and believes they will play a leading role in the creation of a single view of TV services for users.