Could cord cutters be a lifeline for linear TV?

The trend for subscribers to dump pay TV services is gathering pace in the face of OTT growth. 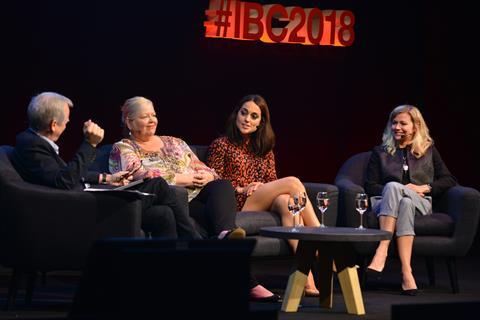 “Rather than focussing on linear – which is declining as a medium – they should go for streaming. With the amount of cord-cutting going on, that is their best chance of picking up new audiences,” said Klein, speaking at an IBC New Platforms conference session on content aggregators.

In the US alone cord cutting is gathering pace, with analysts predicting that the total number of individuals dumping their pay TV services in search of new sources of content will rise to 33 million this year.

One area of the market which is showing strong growth is OTT video, says Klein, who launched MolQ Entertainment, a global subscription OTT streaming platform offering independent film and documentary content and 24/7 global news, music, sports and e-sports TV Networks. “That’s very good news for us too because we look to pick up a lot of that market.”

The other big opportunity for traditional networks is the development of co-operative OTT platforms, with broadcasters in the UK, Germany and France all engaged in discussions about pooling resources and launching combined content propositions to rival the growing influence of Amazon, Netflix and the soon-to-launch Apple streaming service.

Perrine Bichet, Head of Content Platforms Management and Curation at Belgian telco Proximus, was less enthusiastic about prospects for a successful joint broadcaster platform in France. “It’s not the first time those initiatives have been suggested, but they don’t succeed as it’s hard to get everyone to reach agreement. Also the regulatory system in France makes it more difficult. I don’t want to be pessimistic but I don’t think its going to be easy.”

Klein added: “The reality is today customers have tremendous amount of choice. It’s easy to churn away – so partnerships based on sharing content or on original production which will help us retain customers have to be a good thing.”

Marina Storti, Director of Strategy & Proposition at Now TV, said that partnerships were also good for Now TV, which offers a mix of free and subscription content, including Netflix and 4oD content from Channel 4.

“Now TV was very much about expanding Sky’s reach. We could see the demand was there. It was all about attracting an audience different to pay TV and we know that customers love to have content in one place.”