From cinema to online: Delivering the arts to new audiences

A range of technologies are enabling new methods of producing and distributing content to the cinema, TV and online. 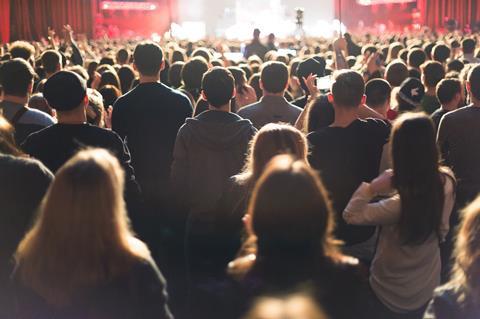 These new approaches are making a big impact in the coverage of arts events and are being explored across the spectrum of producers and distributors – from large broadcasters to small musical groups - and are not only changing the relationship with the audience, they are sometimes even blurring the boundary between performer and crew.

The most visible of these new technologies are robotic cameras. Sony recently completed a proof of concept recording of the theatre performance Yardbird using its robotic Hawk-Eye Smart Production System in association with the Hackney Empire Theatre in London.

The Hawk-Eye system has been used extensively in the production of sport coverage, but this is the first time it has been used to cover a theatrical performance.

“Events cinema is new, and currently tends to be dominated by the large institutions, because production costs are so high. 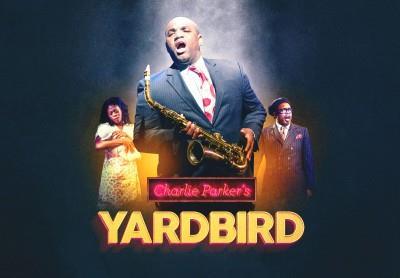 “In the past, smaller houses and companies haven’t had the budget to support event cinema. Sony felt that there was a lucrative opportunity, but also saw a way to increase access to smaller production companies. Previously, the technology was not affordable to them.

“The Hackney Empire was exactly the sort of theatre that was desperate to get into this area,” he explained, “and had a wide range of programmes, and a strong brand. They just didn’t have a budget to support a digital cinema offer.”

According to Bullen, production costs are a quarter of a standard OB digital cinema production, making it easier to justify the cost of production for smaller organisation and giving audiences the opportunity to see things that they would not have had access to before.

The production set-up uses four Sony FS7s on remotely operated robotic heads, as well as one static FS7 and a micro-camera in the orchestra pit. The small production team includes two robotic camera operators, a director, and a guarantee engineer – who follows the script and helps to co-ordinate during the shows. By operating from the back of the auditorium, the crew can capture the show without disrupting the theatre audience’s experience.

Bullen is part of Theatre Solutions Team at Sony, where his role is in developing content to provide material to cinemas with Sony digital projection systems. It’s a long-term partnership to identify non-theatrical programming that can increase revenue for theatre owners, and promote the 4K digital cinema technology they’ve rolled out.

“In a short space of time we’ve had a revolution in what cinema means to audiences,” says Bullen. “Exhibitors have been suspicious of event cinema in the past. Now, Sony’s partner exhibitors have recognised that there’s a real opportunity in this area, and have created teams focussed on developing this type of programming. The partnership with Hawk-Eye allows for the ability to develop new types of event cinema, and innovative content hitting digital cinema screens.”

Traditional broadcasters are exploring alternative production approaches to coverage of arts events as well. For the past three years, BBC R&D’s “Nearly Live” project has been exploring the potential of low-cost production of live events at the Edinburgh Festivals.

“At the moment, there’s a greater demand for content than the skills we have to deliver it. We want to cover more stuff - the fourth stage at Glastonbury, for example. But we can’t afford to do it in traditional ways,” said Wagdin. “When you have audiences in the hundreds or thousands who pay the licence fee and want to see things - how do we deliver that in an affordable way? We could do it on Facebook live – but just holding a mobile phone in the back of a hall is not what people expect from the BBC.”

The performances are captured on an IP Studio system in a Portacabin in Edinburgh and sent via a dedicated IP network to Salford. A prototype web-based tool called, SOMA, is used to do “as-live” vision mixing of the performance in both locations. 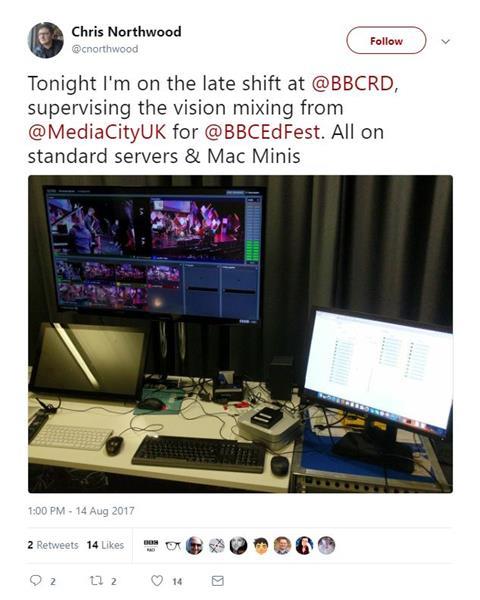 The team is covering events in the Blue Tent with four locked-off 4K cameras. There is no robotic movement – by cropping the UHD feeds, they can zoom and pan, essentially creating virtual HD cameras. “We are not using robo pan and tilt at the moment because we know that works already,” said Wagdin.

“For this project, it’s important that it’s non-destructive, we keep the 4K all the time.”

When the production does a cut, mix, or crop, the performance data is stored separately using UMCP – Universal Media Content Protocol – which is similar to an EDL, but works with streams. UMCP works with a renderer, using the original assets to play out the media the way it was vision mixed.

“We are moving to rendering at delivery,” said Wagdin, “and we ultimately want to move to render at consumption – having the viewer’s device in control of the output.”

BBC R&D plan to develop these technologies along with partners. “We want this to be available to everyone – not just the BBC – we can open it up to other tools and third parties – fitting very much in the public service remit,” said Wagdin.

Max Boeree is a saxophone player for the Netherland’s based Metropole Orchestra. As part of the orchestra, he has done lots of jazz recordings for radio, and decided he wanted to document it with video.

Initially using his own camera, he shot rehearsals from his seat in the orchestra. He then convinced other players to bring their own cameras. Ultimately, they ended up with about eight cameras sitting in orchestra – he would then take the footage home and edit it.

He then purchased an early version of NewTek’s TriCaster and four SD cameras and did lots of recordings while he was playing in rehearsals. He then expanded his use of the system.

“I had the idea to set up cameras in the orchestra. I pointed them on soloists and projected the images on a big screen. It is a very interesting experience for the audience – we can highlight soloists in a way that the audience has never been able to see them before – see them in a huge orchestra, see a close up of faces – see the emotion on the player’s face,” said Boeree.

The orchestra was originally funded by the Dutch state broadcasters. In 2014, the orchestra lost that funding. As one aspect of finding ways to support the organisation, Max wrote a plan to start recording shows and live stream them. The team he put together to do that also started working for other orchestras and broadcasting from jazz clubs. 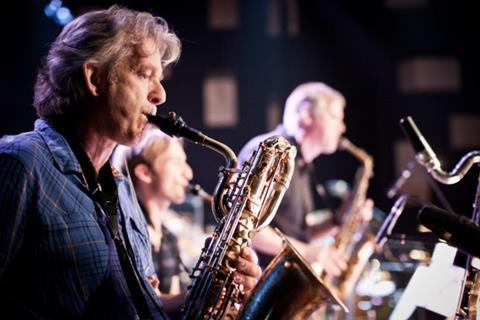 “Remote cams are very useful for classical music - there is nothing moving on stage, “says Boeree. “Musicians don’t want camera operators on stage distracting from the music. We are using modified Panasonic 120s. We had the fans removed so they are completely silent, so can put them on stage close to soloists and get good coverage.”

“Lots of orchestras are searching for new audiences – particularly classical – the halls are not filled anymore.

“Once or twice a month the orchestra does a stream on Facebook of both live concerts and concerts from their archive from the past four years,” explained Boeree.

“We get lots of viewers, and afterwards the stream is available on our website. It’s a nice way to expand the reach of the orchestra.”

The Orchestra have also set up an educational programme with some schools in Holland, streaming their rehearsals directly to the classrooms. Sometimes, the schools can visit the orchestra and try some instruments in the studio.

According to Boeree: “Some schools do not have the budgets to do so. With TriCaster we can go to every school in Holland and even abroad, we record and stream live some programmes, or rehearsals. The teacher can then work on what we send to them to teach musicology another way!” The orchestra plan to develop these educational projects and do even more in Holland and abroad.