In the first of a two part series on newsroom technology, George Jarrett talks to the BBC and vendors about enabling journalists and delivering content to digital and broadcast platforms.

Recent research by the International Centre for Journalists threw up several fascinating stats about newsrooms, starting with the 72% that post stories on social media, and the 56% that produce and distribute to multiple platforms. 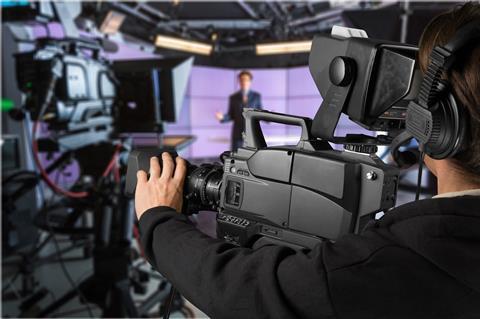 At the technology level, 40% of newsrooms use custom content management systems.

In what is largely a vendors’ eye view of a TV newsroom market in thrall to AI, we start with one of the world’s most revered ‘neutral’ news brand, the BBC.

Andy Bocking, Head of Service and Delivery, Network News, Programmes, Current Affairs and Events at the BBC explains that a lot of his workload currently involves smoothing the blend of digital and broadcast production.

Around the UK existing BBC structures are very different.

He says: “In this building (NBH) I have got VCS for audio and Jupiter for video. The BBC’s Jupiter is our intelligence over the top, with Quantel (SAM) sitting underneath it.

”The English regions are Quantel plus IBIS. Scotland is Avid, Wales is Jupiter, and Northern Ireland is Cinegy/Avid.

“We join most of this together with a bit of in-house systems engineering called Davina, which sits across all that content as an interactive news archive.”

Being the BBC you expect to find custom apps everywhere – like PNG (portable news gathering) allowing any journalist with a smart phone to send story media straight into Jupiter, and Telescope, which allows journalists to check the valuation of their stories.

“AI will be very important as material comes in” - Andy Bocking, BBC

“The tools we provide to all journalists are the same basically,” says Bocking.

“The publishing piece is slightly different and the way you cut the story. The majority of the time it will be different for mobile, different for web. Most of our production systems are quite refined, but as we try and wedge together digital and broadcast platforms, you end up with inefficient workflows.

“We are moving to a structure on our systems with very open APIs. This means we can use best of breed. With digital sometimes you have to turn on a sixpence in terms of agility, so those APIs are flexible for when a new format appears,” he says.

Does AI offer advantages to BBC newsrooms? “It is something we are looking very hard at,” says Bocking.

“The BBC gets a massive amount of content in, but how do you make sense of it all? Journalists are great at telling stories, but sometimes they are not so good at entering the metadata.

“So what can we deploy to help search and discovery, and to get more from material as it comes in? If we can use things that look at objects, do speech to text, and facial and voice recognitions, that means the journalist can plug into that and get a wider view of the content within the BBC,” he adds.

“Equally, we can add that into what we provide to audiences.”

Boosting the metadata produces better and wider connections. “AI is really important to everybody producing media content. It will just enrich what we see,” says Bocking.

“I do have concerns where we see recommendation engines, because they profile things and you get a biased view of what happens in the world. Personalisation goes too far if it just feeds you with your preconceived tastes,” he says.

“But AI will travel further up the chain. Maybe we will have some AI in the cloud and when content arrives it comes with ready done metadata, rather than us having to churn it. AI will be very important as material comes in.”

Pam Gill, Senior Marketing Manager for Broadcast & Media at Avid, echoed what all vendors want to see, in terms of getting the better of fake news.

“There will always be a demand for news from trusted, reputable sources.

”The key today is the ability to quickly produce high-quality, immersive news coverage for delivery to all connected devices, with relevant social media integration,” Gill says.

“Much like at any other time, users are asking for the right tools to meet evolving consumer and market demands.

“Our new and expanded news solutions very specifically address these requirements,” she adds.

Back at IBC2017, Avid produced MediaCentral for News, a cloud-based tool with workflow modules and apps for editorial, production, news, graphics, and asset management, as well as a wide array of media services and partner connectors.

“MediaCentral for News supports the collaboration so critical to today’s news teams, which can be working across many different locations, with a cloud-based, intuitive UI.”

The front-end to this ecosystem is MediaCentral Cloud UX.

It streamlines user workflows, offering access to every module, app, service, and connector all within one interface. Wherever team members are, they can access the interface, which runs on most operating systems or mobile devices. Avid has an integration package involving MediaCentral Newsroom Management, MediaCentral Production management and MediaCentral Maestro News.

“There is pressure to share stories faster than ever, and this integration provides an end-to-end workflow which enables the quick and efficient delivery of the highest quality stories,” says Gill, adding that  MediaCentral Newsroom Management provides “complete” story creation and rundown management for news teams in one customisable module.

“To stand out in today’s cutthroat news environment, broadcasters must engage viewers in compelling new ways,” she adds.

Gill says: “It wasn’t long ago that viewers relied solely on their televisions for breaking news. Today, they seek information from a multitude of sources, formats and platforms. This shift is pressuring broadcasters and news organisations to deliver information faster and to more distribution channels than ever before, all while growing viewership and differentiating their brands.

“Our story-centric workflow meets that need and builds on the openness and integration of MediaCentral to empower news teams with the efficiency, media access, remote collaboration, and multiplatform engagement needed to produce multiple angles of a story to more people faster.”

Avid’s recent newsroom implementations include a system for the largest TV broadcaster in the Arab world, MBC, which has a new facility in Dubai Studio City.

Read more Blog: How to make a success of the move to IP

The death of the rundown

Ross Video Marketing Manager for Editorial and Asset Management, Jenn Jarvis describes the evolution of content delivery as ”like someone working to get fit”.

She says: ”It’s a consistent and ongoing revolution. The way we deliver content changes almost daily, but the new workflows aren’t removing the need for traditional formats.

“There’s a lot of talk about the ‘death of the rundown’ when it comes to a traditional television news workflow, but that’s unrealistic.

”As long as we’re doing live scripted television, a rundown serves a purpose. Where we need to focus our attention is on the process to get from the field to the screen. We also need to better bridge the gaps between broadcast and digital,” she adds.

When online and social platforms were first introduced, they were given their own teams and departments. While that helped speed up growth in the beginning, news managements now need to properly integrate them into the larger organisation, as with the BBC.

“Often the digital teams have completely separated planning and publishing tools from broadcast.

“Journalists are the human component of content creation. We have to identify where they need to focus their energies and where technology can step in to help. When we create efficiency and remove redundancy, we allow journalists to spend more time focusing on their strengths.

“We need to have a clear understanding of where we are before we can really comprehend where we need to improve.” - Jenn Jarvis

”Journalists need to be able to do their jobs in the newsroom or in the field without dedicating all of their brainpower to the technology,” she says.

On the requisite that modern newsroom systems boost productivity, Jarvis says: “It’s about looking for the wasted time: waiting for video to transcode, logging into ten different pieces of software, and copy and pasting between windows and tabs. We get caught up in the moment and we rarely sit back and analyse the inefficiencies in our day.

“I’ve gone into newsrooms and done a workflow analysis and it starts with sitting and watching people work. How often do they repeat tasks throughout the day? How often does their hand move from the keyboard to the mouse? Even if we’re wasting seconds, those seconds add up over time,” she says.

“We need to have a clear understanding of where we are before we can really comprehend where we need to improve. It’s not about reducing staff, but about allowing the staff you have to be more productive and more thoughtful with the content they produce.”

When it comes to product, Ross has Inception. “When we started building Inception, we had the luxury of working from scratch.

”We looked at every established workflow in television, and we got to decide if it was still relevant or if it needed a refresh,” she says. “Traditional broadcast is still a very unique workflow, especially in a MOS environment, and often is the heart of the newsroom computer system (NRCS).

”But we saw a huge opportunity to tie the rest of the emerging content platforms into the ecosystem to create efficiency. 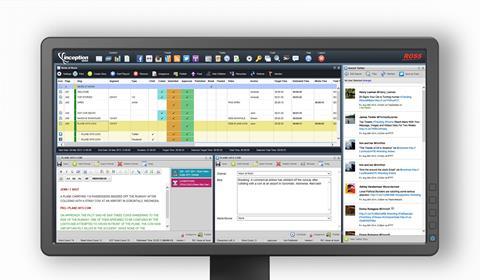 “We also saw a massive need for improved planning/communication tools.

”Our vision is that journalists will be able to log in and have visibility of and the ability to interact with all the core production systems and information sources,” she says.

“It’s not that it will own all of the content or processes. But we want Inception to be the heart of content creation, accessing a single user interface to pump information across the entire content ecosystem,” she says.

A certain stage of maturity

Inception has a fully documented API with an SDK that allows users to customise the system. When shopping for a hub for journalists, it’s important to find one that has the majority of the requisite workflows plus the option of custom development.

“Workflows are constantly in flux and it’s unrealistic to expect to keep up if your technology isn’t keeping pace.

”We interface with web and social platforms, and keep a very aggressive development timeline,” says Jarvis.

“A story can start as a tweet and in just a few clicks, be repurposed as part of a traditional broadcast rundown. Or within the television rundown, Facebook posts can be embedded and published automatically based on the topic being discussed on air. News agency wires can be searched alongside hash tags on Instagram.”

Many of the new social media sites and apps that surface, have to reach a certain stage of maturity before they open their platform with an API. “Until that API exists,” says Jarvis, “it’s nearly impossible to integrate that platform into existing workflows.”

Read more Check back next week for part two of Delivering the story: Newsroom technology.