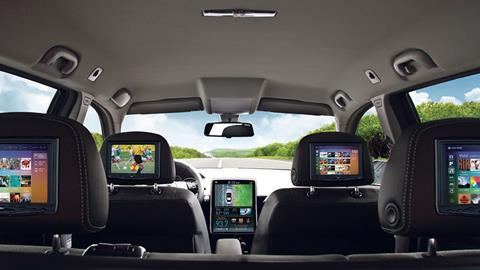 Self-driving cars are an inevitability and will unlock the potential for vehicles to transform into a new market for immersive media. 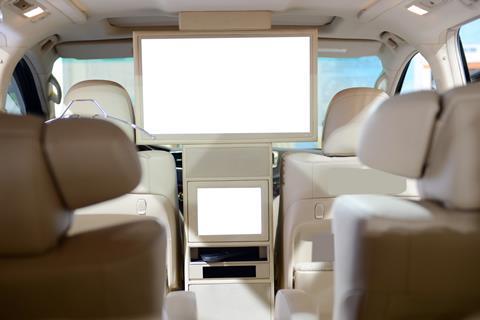 It’s time to stop thinking of the car as a Jetsons-style entertainment pod. Autonomous vehicles are the next entertainment frontier and content producers are being urged to get in the fast line.

“Self-driving cars will turn us all into passengers and make the ‘moving living room’ a reality,” says Sol Rogers, CEO and founder of UK-based immersive content producer REWIND. “A media revolution is on its way.”

For the content industry, the car is a new revenue stream enabling new advertising models and new consumer experiences. Broadcasters and content suppliers should be incentivised to take their content on the road and become a part of a true TV Everywhere experience.

“People are already watching entertainment in the car via 4G, and soon 5G, as well as via in-car WiFi,” says Neale Foster, CEO of automotive software developer, ACCESS Europe. “But soon consumers will be able to enjoy a hyper-personalised in-car entertainment experience that combines the lean-back experience of TV with deeper relationships with car manufacturers.”

As passengers shift from being drivers to riders, their connected-device time, including video-viewing, will increase. This new ‘passenger economy’ could be worth U$800 billion by 2035, according to Intel, and a staggering U$7 trillion by 2050. It includes a U$200 billion pot specifically related to video entertainment that will emerge as pilotless vehicles transform the ‘cabin’ into an immersive entertainment platform.

“The in-vehicle experience is the most important differentiating feature for car manufacturers,” says Ivan Dimkovic, senior solutions engineering manager and co-founder at German software developer Cinemo. “Screen real estate will increase and the general aim is to convert as much space as possible into some entertainment enabling device.”

Coming in from the rear
Rear seat entertainment (RSE) has been around for nearly a decade primarily through disc and video played back on passenger phones and tablets. Latterly vehicles with built-in 4G connectivity and rear seat entertainment units have become more prevalent – particularly in the luxury and Multi-Purpose Vehicle car categories but it’s in the mid to budget range where the biggest shift in in-vehicle infotainment (IVI) will occur.

“Car buyers want seamless access to whatever media sources they use when not in the vehicle,” says Steve Crumb, executive director at GENIVI, a cross-industry IVI development group supported by Honda, BMW, Daimler, Garmin, Qualcomm, Nvidia and more.

In-car solutions should be able to push content from one connected device to another and continue from the exact same point in time, while compliant with studio requirements for content protection – just like connected media in the home or on the smartphone. They should also enable multi-screen experiences for different passengers. The car itself may ‘learn’ how to provide better responses to the driver’s voice commands and recognise who is in the car at any given moment.

“The performance of the streaming will also be important,” Crumb says. “Does the car stay connected and recover quickly when connectivity is compromised? 5G will help but it may not always be available everywhere.”

Cars with larger and better integrated radio antennas will enjoy superior reception. Devices within the vehicle connected via in-car WiFi hotspots will in turn benefit from this more reliable connectivity. However, cellular network coverage and data rates do fluctuate and technologies such as Adaptive Bitrate streaming, local caching and pre-downloaded content libraries will help to deliver a consistent user experience.

Elastic content
While regular streaming services like Netflix and Spotify are beginning to be ported to the car (Telsa has announced Netflix and YouTube streaming in its cars though not yet a date) more transport-specific content experiences are being imagined.

“Video services will begin to be edited on-the-fly to provide content and information tailored to an individual’s journey and interests,” suggests Foster.

School drop-offs and longer commutes will necessitate a different type of media. German manufacturer Audi calls this time ‘The 25th Hour’ and suggests that media formats like feature films are compromised by travel – in much the way we have to terminate a movie on an aeroplane when landing.

“With more electric vehicles on the road there’s an incentive for producers to produce specialised content for drivers/passengers waiting for the car to charge,” says Dimkovic. 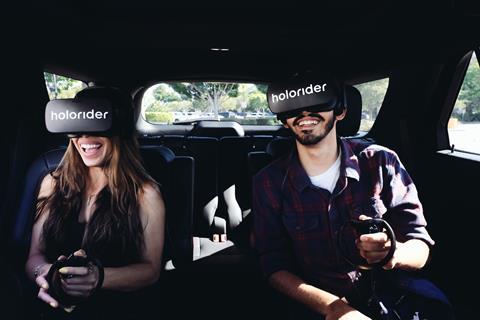 Holoride, a spin-off from Audi, has defined an entirely new media category of ‘elastic content’. This connects mixed or cross reality (XR) content with data points from a vehicle as it moves. These data points include GPS travel route and time, along with driving data from a car, such as steering, acceleration, and braking.

REWIND was engaged by Universal Pictures and Ford to develop content built on Holoride’s technology using Universal property The Bride of Frankenstein. Once inside the vehicle, riders put on VR headsets and experience ‘interactive monsters and obstacles’ in an ‘elastic’ VR experience, in which sound effects and visuals react and adapt to the navigation of the car.

It’s far from the only marriage of Hollywood with carmakers. Warner Bros. and Intel partnered to showcase a BMW equipped with a large-screen TV, projectors, sensory and haptic feedback, immersive audio and Batman-themed content.

Music may be the most popular form of in-car entertainment, but video and gaming experiences are poised to overtake.

“When drivers can fully divert their attention from the road, suddenly windscreens can be turned into projector screens, in-car gaming console docks are an inevitability, and video streaming will take over from the radio,” suggests Rogers. “Immersive technology offers a huge opportunity to turn the car into a new kind of stage.”

Technology from Swiss firm WayRay can project augmented reality on the windscreen as an aid to driver navigation. It’s also developing ways to project more immersive animations onto the side windows for passengers and lists Hyundai, Porsche and Honda as partners.

By this point, cars may not be privately owned but subscribed to in emerging transport-as-a-service models being pioneered by Uber.

Business models
Most new cars will ship with at least 4G connectivity but car owners need an on-ramp to in-car entertainment. Car brands have the opportunity is to offer monthly subscriptions that include data, service and IVI elements. Some might give a Netflix sub away for free to sweeten the purchase.

“This means working with mobile operators to create data plans that suit the typical consumption model plus a platform approach that allows car owners to build out their bundle based on their own, individual requirements,” says Neale.

Entertainment will part of a wider range of connected car services such as real-time traffic and route guidance, automatic payment for parking and electric-car charging points. 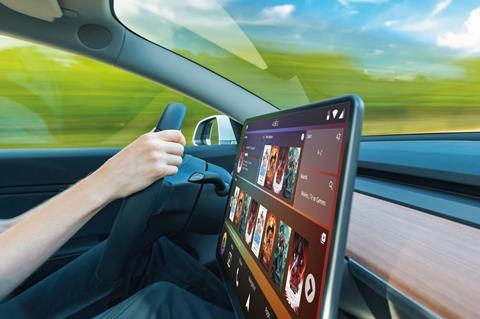 Location-based advertising will become more relevant, and advertisers and agencies will be presented with a new realm of possibilities for presenting content matching brands and location.

ACCESS reports that many manufacturers are gravitating towards a standard IVI bundle that is included with the subscription and includes a range of popular channels depending on the region. This bundle is then supplemented by partnerships with music, VOD and gaming services.

“Similar to the smartphone market, car connected services will be enabled through activating pre-downloaded apps within the IVI – along with companion apps for mobile devices,” explains Neale. “This means that services such as Netflix, Spotify, Disney+ can be smoothly implemented into the user experience and distributed across seating positions in a consistent fashion – while benefiting from the sharing of resources like WiFi, caching, shared storage for downloaded content and value-added elements such as cross-service search and recommendation.”

With research [from Counterpoint] suggesting that 75% of cars will be connected to the Internet by 2025 that’s potentially a billion IVI monthly subscriptions up for grabs.

“Don’t forget the safety context in which automakers must deploy this technology,” advises Crumb. “With autonomy, anything is possible, but we won’t be there for some time.”