From AR to the use of gaming engines, producers of live sports coverage increasingly have an armoury of new methods with which to present information and maintain viewer interest. A trio of the leading technology providers speak about their latest innovations. 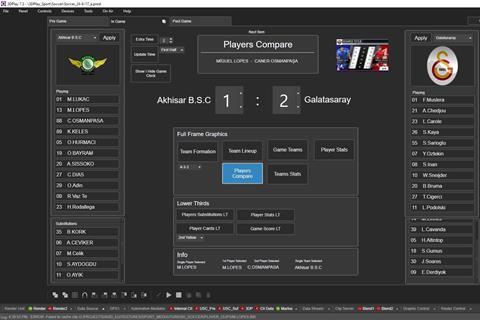 It’s no exaggeration to state that the look and feel of live sports broadcasting has changed profoundly over the past few years. Successive generations of graphics solutions and the evolution of virtual sets have led programme makers ever further away from the old ‘presenter behind a desk’ formula into a new era where sport, presentation and patterns of consumption are closely aligned.

All the signs are that the considerable effort involved has been well worth it in terms of viewer attraction and retention. “When employing virtual sets and augmented reality (AR) in live sports production, it has been proven in multiple studies that it drives higher viewer engagement,” says Avid director broadcast and media solutions marketing Ray Thompson. 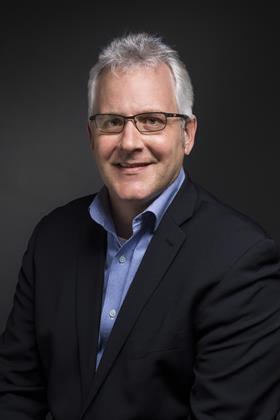 “So live sports coverage can now present data in new and interesting ways. For example, it is possible to optimise incoming stats feeds for on-field, on-court or even in-pool augmentation to produce compelling graphics that draw viewers in and keep them entertained and tuned-in for longer.”

But it’s not all about the virtual domain – innovations in the physical realm are also changing the presentation of sports content. 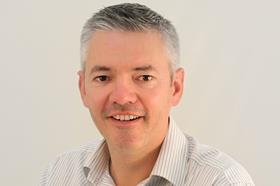 “This not only provides the viewers with a more dynamic look; it gives broadcasters the opportunity to show statistics and information in new and more impactful ways.”

Of course, making sure all these new elements work together effectively requires rigorous planning and execution.

“There are challenges for content creators as they need to design specific looks from the ‘ground up’ to integrate well with these new production techniques,” says Russell.

Avoiding ‘over-complexity’
In the same way that the maturation of digital recording in the 1990s arguably brought about too much choice for musicians and producers, there is always a risk that the new creative opportunities available to sports broadcast technicians could hinder or at least slow down production if they are not kept in check.

Consequently, there is a general emphasis by vendors on developing capabilities that – as much as possible – can be integrated into core workflows, and which serve to enhance flexibility in different areas of the production process.

“Over-complexity can be avoided by ensuring you invest in the right solutions which seamlessly integrate into your entire production workflow,” asserts Thompson, who observes that Avid’s Maestro graphics suite provides an “end-to-end solution for live sports visual content”.

“There is always a risk that the new creative opportunities available to sports broadcast technicians could hinder or at least slow down production if they are not kept in check.”

At the heart of the Maestro suite is Maestro l Live, which is a graphics and video server that can take in data from multiple feeds and interface to ‘just about any scoreboard’, allowing for the creation of on-field or on-court graphics in real-time.

In the studio, Maestro l Designer enables production teams to create 2D/3D graphics that can be used to drive virtual sets rendered in real-time using the Epic Unreal engine and monitors of any size or resolution using Maestro l Powerwall. Then there is Maestro l AR, which allows data-driven stats to be presented in the studio with pre-populated logos, headshots, stats and bios for teams and players.

Reality-boosting rendering
For Russell, one of the most important recent developments has been the evolution of rendering engines that “help make virtual sets and augmented reality elements even more realistic”. The ascendency of one particular platform has been particularly crucial as it means there can be now be a greater emphasis on other considerations, notably control.

“Most graphics rendering products available today are based on the Unreal platform, so we’re seeing a big improvement when it comes to the realism of virtual sets and augmented reality. [As a result] the key issue and differentiator between solutions becomes control; these solutions need to be easy to set up and work with so control interfaces have become incredibly important, and ease of use is arguably now where the value-add lies.”

In Ross’ case, the adoption of Unreal has most recently manifested itself in the NAB-timed launch of Voyager – a new graphics platform that is powered by the Unreal 4 gaming engine. Russell describes the platform as “an updated graphics rendering solution that enables virtual set designers to achieve realistic looks with greater accuracy and ease than ever before”.

In what has evidently been a very busy period for the company, Ross Video has also acquired Piero – a graphics tool that uses image recognition or encoded camera heads to overlay tactical graphics on sports content – and introduced a scaling engine, XPression Tessera, that enables broadcast video to be scaled across multiple XPression outputs in real-time and synchronised to populate massive video walls in venues such as stadiums.

This latter development chimes with Russell’s observation that venues, too, are “under increasing pressure to make the in-game/match day experience more involving in order to tempt people off their sofas”. 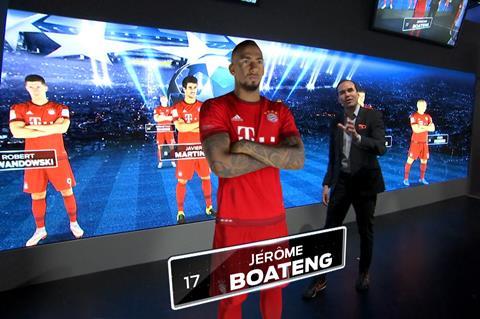 Vizrt: ”Broadcasters and other rights holders can leverage our graphics tools to visualise sports betting data”

Along with the need for production that helps “to increase fan engagement and loyalty”, Vizrt Global Sports president Stephan W. Stadler identifies another important influence on sports graphics, namely “the growing wave of legalised sports betting, and [the ways in which] broadcasters and other rights holders can leverage our graphics tools to visualise sports betting data for fan engagement and monetisation purposes.”

Given the variety of creative approaches being taken, Stadler says there is an emphasis at Vizrt on working “with our customers to make sure that our products are working as hard as possible for them.

“From virtual pitch-side interviews with football players, to augmented reality animations of statistics and player data, it’s all about using the technology to boost engagement.” Stuart Russell, Ross

One good example is how US basketball team the Boston Celtics use their Viz Libero [immersive sports analysis solution] to bolster their digital content strategy. By using Viz Libero-annotated footage from the original broadcast, the team then clip the analysis and use it for their social media channels. The outcome is two-fold: the clips have drawn more engagement on their social channels, and the fans have been given extra content, [thereby] promoting fan loyalty.” 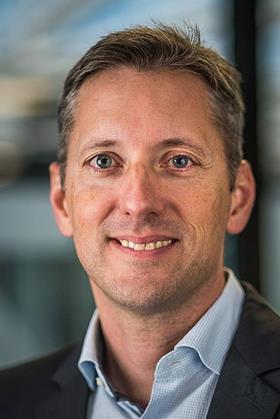 Meanwhile, a major organisational change is afoot that should make Vizrt even more responsive to new market expectations.

Stadler reveals: “We have made the decision this year to separate our sports offering out from the geographical regions and put it into one focused global sports business unit. By doing this we mean to further focus efforts on our existing sports products and solutions, particularly around the monetisation initiatives for rights holders with virtual advertising.”

Creative golden era?
It is inevitable that with so many new opportunities, there will be occasional misfires from broadcasters – or at the very least, processes of refinement that will tweak the look of programmes so they are always engaging but never overwhelming visually. But in general, there is no doubt that the boost to creativity is being welcomed across the board.

“I’m really pleased to see broadcasters continuing to push the boundaries and challenge each other to be more innovative,” says Russell. “From virtual pitch-side interviews with football players, to augmented reality animations of statistics and player data, it’s all about using the technology to boost engagement.”