The European Digital Cinema Forum-led session at IBC will provide delegates with an update on all of the latest business and technology developments taking place in the world of cinema, writes John Graham.

The format of the European Digital Cinema Forum (EDCF) Global Technology Update session might strike some as being a bit crazy.

After all, there aren’t many that give each speaker a 10 minute slot and tell them to get on with it.

When we first organised this session, some of the speakers told us they needed at least 25 minutes, but we said ‘no’, the most we wanted to offer was 10 or maybe 15 minutes. We have found that imposing a limit really focuses the mind. And for audience members it’s great because they get so much out of it. 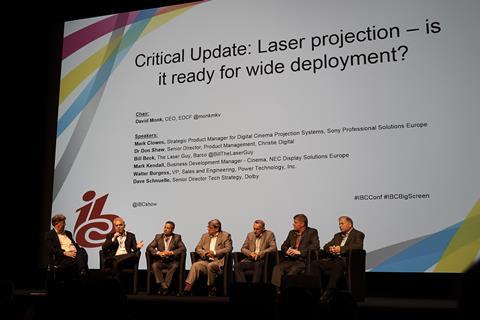 The aim of the session is to get people up to speed with all of the latest business and technology developments taking place in the world of cinema. We also like to focus on some of the areas that might not be covered in the rest of the Big Screen programme.

While the Big Screen sessions cover the major areas of development they can’t possibly cover everything that is taking place in the industry.

We structure this session to enable that to happen; it’s labelled ‘EDCF’ but it is for the whole industry and while a lot of the speakers are members some are not.

It very interactive. Many of the audience members know each other and the speakers, so there is usually lots of interaction, which session chair and EDCF CEO Dr David Monk is very good at managing.

Through our membership we know what topics are likely to be of interest are and what the audience members will want to hear about. We invite members of the industry to speak as part of the session, and if we think there is something that hasn’t been suggested that we feel is important to the industry then we will find someone to speak on a particular topic.

We tend to find that people come to us because the session has developed a reputation for being one of the best at IBC so we always receive offers of talks on interesting topics.

Speakers at the Global Technology Update

One of the first talks will be from David Hancock, who is a statistical guru and knows so much about the industry, from how many screens have a particular type of projection technology to the kit deployed. He will give worldwide industry review, with a view on what technology is in the ascendancy.

One of the big issues for cinema screens is the roll out of SMPTE DCP. This is about file formats being used to deliver movies to the cinema. The full and final standard has not been arrived at, for various reasons, but the industry has finally made the decision that it needs to happen.

One of the drivers is technology such as immersive audio formats and the need to change file formats for delivery in order to get best out of these new technologies. It also relates to automation in cinemas. 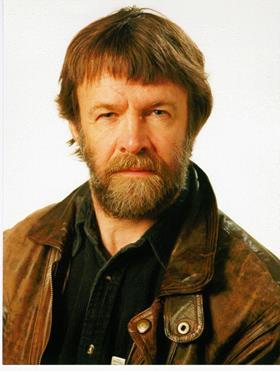 The decision has largely been taken by content providers that this shift to SMPTE DCP needs to happen, so we will devote quite a bit of time to this worldwide project.

We at the EDCF are driving European roll out, and speakers from the US will provide insight into developments on other side of the Atlantic.

The development of electronic delivery is very much of interest to those in the industry, which still relies on couriers delivering hard drives. There are important and significant factors driving electronic delivery so it will be useful to get an update on what works and what doesn’t, as well as the barriers to wider deployment so there will be a couple of presentations about that.

Laser projection taken hold now. The numbers, in terms of cinemas that have adopted the technology, are quite significant and one of the drivers is better and brighter pictures, in particular for 3D. Another factor is efficiency as there are potential power savings for cinema operators. It will be interesting to see what manufacturers are plotting next.

More than half of the talks will be concerned with delivery and presentation, but there will be interesting presentations from folks bit a further up the workflow; Andy Maltz from the Academy will speak about mastering issues for HDR content while Rich Welsh at Sundog Media Toolkit will speak about how micro-services will enable more from cinema content.

And we will have a couple of unusual presentations. Mats Erixon from Sweden will speak about how the Swedes have pioneered community-based cinema, which they refer to as ‘digital houses’ rather than cinemas. Essentially they are spaces connected by fibre that provide large screens for education as well as entertainment.

John Graham is General Secretary of the EDCF.