Embracing the journey to IP

At IBC2019, Halls 1, 4, 5 and 6 provided a fascinating insight into the state of the industry. It’s not just that it’s changing – it’s the pace of change that is startling, driven by the opportunity that IP offers. 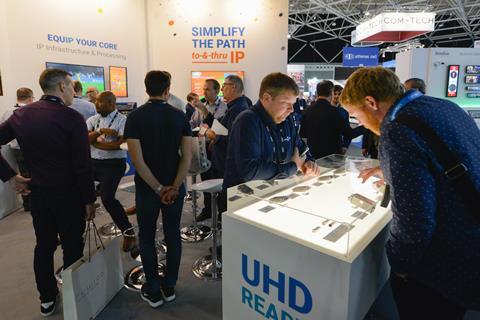 IBC may be a destination, but on the show floor this year, the talk was almost universally about journeys – specifically, customer journeys. Mediakind – the new occupants of Hall 4, taking over from Imagine Communications – included the idea in their show strapline: “Your journey. Our universe.”

It became clear, over the course of numerous discussions, that exhibitors are acutely aware of the fact that their customers are at very different points in their journey from traditional architectures to the brave new world of IP – and, as such, it was vital that manufacturers offer a product range that allows them to intercept that journey, at whatever stage it might be. AWS’s head of media solutions marketing Mike Callahan perhaps put it most succinctly when he described the company’s mission to be present from the beginning to the end of the media supply chain.

Many were clear that there is still a sizeable minority of customers who remain attached to SDI (which, it was widely acknowledged, still has a place) while others were embracing the new networking program wholeheartedly. Similarly: for many, on-premise is still close to their hearts – while for others, the cloud represents a new world of opportunity. “Hybrid” was a word that came up in almost every conversation, in a whole range of contexts.

Reinventing themselves
It’s not just customers, however, who are on a journey: manufacturers are reinventing themselves in order to take a more appropriate position within the emerging ecosystem. Intelsat, for example, is looking to reflect the new multiplicity of ways of getting content to its destination.

“We’re building a media ecosystem that is exactly in line with the challenges our customers are facing,” said Bill O’Hara, general manager, media. “What our customers told us they wanted was a converged approach to the problem of using the appropriate connectivity technology for many disparate requirements – and that’s the problem we’re solving for them.”

“One single type of connectivity won’t always be the best in every environment,” he continued. “Yes, in many cases, satellite is a great solution – but not always. That’s where we can add value for our customers. We can dynamically choose the best connectivity solution for each requirement – deploying multiple connectivity types when appropriate.”

“We’ve taken our best of breed core IP in those areas, moved it to the cloud and added a complete suite of orchestration capabilities,” explains Sudeep Bose, Harmonic’s vice president, product management, SaaS and services.

Transformation
Another transformation is taking place at Verizon. Historically focused on selling its own network solution, the company has now embarked on a new multi-CDN strategy.

“What we’re doing is prioritising customer success,” said Ariff Sidi, chief product officer. “It may sound counter-intuitive, but we believe that being a provider of advanced connectivity services is more customer-centric than simply promoting our own platform.” 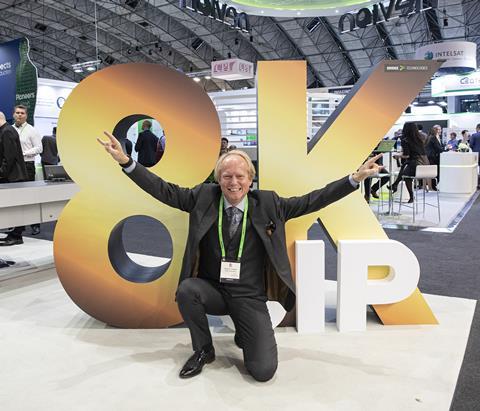 Another form of recognition that the industry remains in transition could be found on the Bridge Technologies stand, at the entrance to Hall 1, having swapped places with Cisco –where the company was demonstrating its VB440 IP network probe operating in an 8K environment. However, chairman Simen Frostad was clear about Bridge’s thinking.

“For many of our customers, we’ve become a partner, a trusted advisor. That’s why our stand isn’t full of boxes – it’s full of our people, engaging with customers to discuss their business strategy, their aims, their objectives.” Olivier Suard, Nevion

“What’s important about what we’re demonstrating at IBC isn’t that we expect anyone to need an 8K-capable network probe today – or even in the immediate future. It’s to show that the VB440 represents an entirely future-proof solution,” he said.

Frostad was visibly excited by Bridge’s new Widglets API for the VB440 – which is, in effect, an HTML5 embedded video monitor. That, said Frostad, meant no more need for multiple monitors in the cramped confines of a remote production facility. The demonstration showed five video monitors embedded in a single web page.

Transition
Yet another recurring theme was that the industry is no longer about bright, shiny boxes – and that was clear on the Nevion stand.

“Look around you,” said the company’s vice president of marketing, Olivier Suard. “How many boxes do you see? And, conversely – how many Nevion people do you see?”

“We’re still a supplier of equipment, but our business has transitioned to one in which we’ve become much more than a supplier,” he continued. “For many of our customers, we’ve become a partner, a trusted advisor. That’s why our stand isn’t full of boxes – it’s full of our people, engaging with customers to discuss their business strategy, their aims, their objectives. The conversations we’re having with customers are now much more elevated than discussing equipment specifications with them.”

That change is partially a function of the increasingly software-based and cloud-based nature of the business – but it’s also about experience and expertise and, in several companies’ cases, the conundrum was how to reorientate themselves to leverage what they had to offer in terms of knowledge rather than boxes – and how to monetise that. 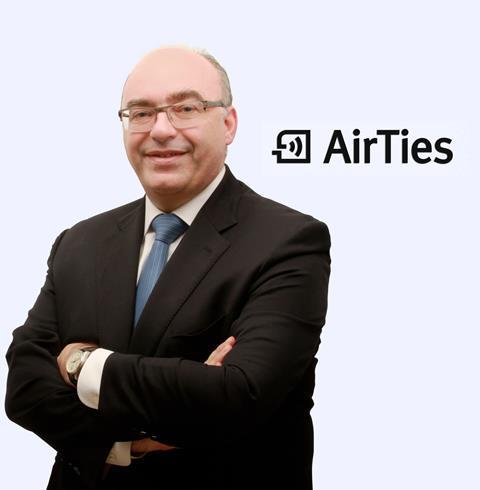 It wasn’t all about journeys, reinvention, being agile, monetising expertise and so on. Perhaps the most interesting discussion of the four days was on the AirTies stand, where CEO Philippe Alcaras was struggling to understand how service providers could, in effect, wash their hands of the in-home content consumption experience – by which he meant, of course, Wi-Fi. According to Alcaras, some 40% of the calls received by providers are about inadequate Wi-Fi – yet the providers have no tools that enable them to resolve the problem - running the risk of churn. His point was that AirTies can now provide such a tool in the form of its Wi-Fi Experience Index, an enhancement to AirTies Cloud.

Another fascinating discussion took place at the back of Hall 1 on the Access stand which demonstrated Twine4Car, which it terms an “automotive infotainment service platform”, which is a browser for cars. The conversation moved on to what we’re all going to do when we no longer have to drive our cars ourselves: the answer, of course, is that we’re going to consume content.