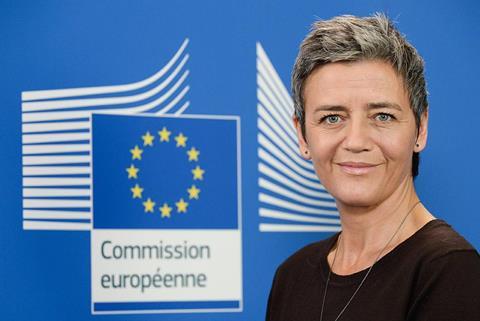 The EU has set a 19 September deadline on the investigation, which it has launched over concerns that Telia’s takeover could reduce choice and increase prices for TV services in Sweden and Finland.

The European Commission (EC) said its initial inquires into the deal, which was first announced in July 2018, found that Bonnier could potentially shut off its channels from rival TV providers, threatening competition.

Commissioner Margrethe Vestager, in charge of competition policy, said: “The in-depth investigation we are opening today aims to ensure that Telia’s proposed acquisition of Bonnier Broadcasting will not lead to higher prices for or less choice of TV channels for consumers in Finland and Sweden.”

Telia licenses TV channels from broadcasters, including Bonnier, to include them in its retail TV offering. The acquisition would see Telia able to offer TV services in Denmark, Finland, Norway and Sweden.

Bonnier Broadcasting is the owner of TV channels that are included in rival distributor’s offering, including its free-to-air and basic pay TV channels and premium pay TV sports channels.

Telia has already offered concessions to the European Commission, according to several reports, but the Commission will now investigate the deal further.

Telia said it had expected the EC to launch a further investigation into the takeover of Bonnier. The Commission now has 90 working days to investigate the deal.

The Stockholm-based company offers broadband, fixed line, mobile and TV packages across the Nordics and Baltics. Of these, TV is a growth spot, with 2.4m subscribers in total.

Last year, Telia paid $2.6 billion for TDC’s Norwegian broadband and television assets as part of a wider drive into TV.