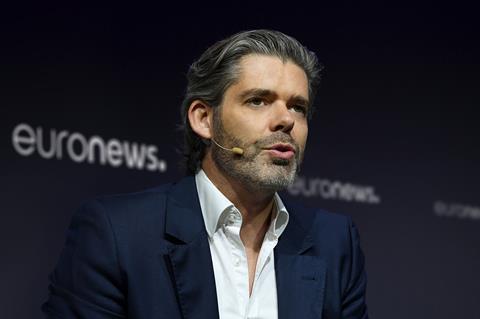 “Empowering people, independence, impartiality, our European DNA and our promise to welcome all views and all voices,” is Peters’ core focus. However, with the technological changes diversifying content distribution, the shifting political climate and audience distribution and acquisition is a driver for content owners. Peters tells IBC365: “There is no typical working day in the life of a CEO.”

Joining Euronews in 1998 as finance manager he was quickly promoted up the ranks. At aged 33 and seven years after joining the company he was appointed managing director of the executive board of Euronews.

Today as CEO of a company where he has worked for the past eight years, and chair of the board of executives, he works collectively to decide on the vision and strategy for the Group.

Focussing on the future
Just over two years ago Euronews underwent a “radical transformation” where it went from a post-production media outlet with every language edition broadcasting the same pictures with the only change to the language commentary.

Peters explains the changes: “Today, we have developed 12 distinct language editions, with some content shared between them when our editors deem that it is of relevance to all our audiences, alongside bespoke content for each edition that is relevant to local audiences.”

Euronews’ most distributed edition globally is its English language version. In 2018 it harnessed this to roll out 17 hours of live anchored shows every weekday.

The aim is to unite bureaus and correspondents across the world, where Euronews journalists create engaging, real-time and original news content for viewers using the latest smartphone technology.

“Since 2018, a social media newsroom #TheCube is fully integrated in all of the anchored shows. #TheCube specialises in finding, fact-checking and, if needed, debunking the biggest stories in real-time,“ Peters explains, “We have also initiated anchored evening bulletins on our French, German, Italian, Portuguese and Spanish language editions.”

Driving digital
Euronews has a strong online presence through its main website as well as its social media channels, but the ambitious Peters explains it wants to “go further and create more and more bespoke digital content.” 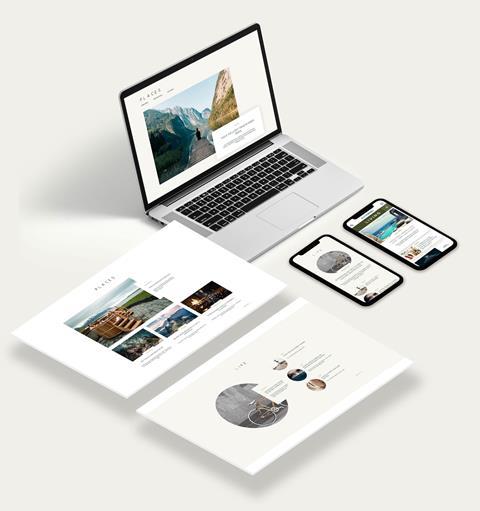 “Having transformed our linear offer – and considerably increased our audiences and ad revenue in doing so - we are now focusing on enhancing our digital offer,” he adds.

Last year, the firm launched Euronews Living, which is a digital platform dedicated to a sustainable lifestyle, conscious design and ethical consumption.

He adds: “We also have other digital formats in the pipeline to be produced by our teams in Brussels and Lyon.”

A nod to digital and the success it can bring for news dissemination, Peters acknowledges the power of OTT, saying: “OTT is already working for Euronews.

“This technology has disrupted all the usages in the media consumption, no matter the age or typology of the viewers. Our goal, as a leading European news provider, is to be able to keep on interacting in the most accurate and regular way possible with our audience. And using OTT is leading us there: reaching new types of audiences, through new supports and technologies, even sometimes with new and adapted formats but still addressing them with quality news content.

“We have an extensive catalogue of nonlinear content from news bulletin to magazines or digital formats which allows us to meet OTT viewer’s needs.”

Expanding its audience reach beyond Europe is a new focus to “reach news areas of the world, be it with Euronews content or by licencing our brand and creating franchises.”

Based on what Peters describes as a “unique” business model, he says: “We are the only international and independent European news channel, which reaches audiences in 12 languages with a de facto monopoly.

“This doesn’t mean that we should rest on our laurels because we are particularly interested in reaching younger audiences.”

It was the main reason behind the launch of Euronews Living, as well as reviewing its digital strategy as a primary influencer of the Groups short-and medium-term strategy.

Expanding the brand and the channel
Euronews recently increased its distribution in Southern African countries through a deal with the MultiChoice Group which operates DStv, a major African pay-TV platform, as well as having created three Euronews franchises in the last year: Euronews Albania which started airing on 21 November, Euronews Serbia and Euronews Georgia, both are planned to begin airing this year.

Essentially the Group has licensed its brand to new independent media companies which carries it name.

“The Euronews brand carries an enormous amount of respectability: it is associated with independence, impartiality and integrity.”

As such it has issued several guarantees to ensure the highest of standards of independence are met.

Peters outlines the arrangements: “The editor-in-chief for each of the franchises is a Euronews employee who reports directly to Euronews’ chief content officer, and an editorial board controlled by Euronews has been put in place.

“Our European DNA is also something which will appeal to many of the viewers in these countries. We plan to continue developing this franchise model and we are currently in talks (some advanced) with other groups in the region and beyond.”

Balancing the bias
The network began broadcasting on 1 January 1993 and aimed to cover world news from a pan-European perspective.

A recent survey in France showed that 48% of French people prefer watching television to get news, whereas only 4% of those who answered said that they preferred to rely on social media to be kept informed.

Interestingly only 8% of the people polled said they trusted social media.

Peters says he believes traditional media and television in particular “remain an important source of news for many people in many countries.”

He adds: “The role of independent journalism has never been more important to give a balanced account of the facts and to help people decipher what is going on in the world.

“Social media can often give a biased view of the world, especially as people tend to follow like-minded people or organisations.”

Euronews launched 27 years ago and has always remained focused on presenting “all views” so that audiences can be empowered to form their own opinion.

“We believe this is more relevant than ever because people know not to trust everything on social media and will go to traditional media to verify information they see on social media. 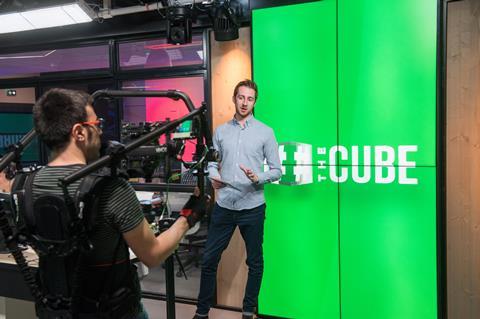 #TheCube has become a key part of Euronews. Here is presenter Alex Morgan in action

“We believe, that as a trusted news brand, we have an increasingly important responsibility to help people distinguish true information from fake news. We do so live on-air, but we are also increasingly bringing content to social media and upping our game generally on our digital platforms.”

One of Peters’ main priorities in 2020 is to pursue this aim.

According to the Global Web Index, Euronews is considered the “most trustworthy” international news channel by daily TV viewers in Europe.

“We believe this is the result of being relentless in upholding the values Euronews,” he continues, “This is quite a radical position in today’s media landscape, and in a world that is more and more polarised, but we believe that this is why we are trusted, and we will make no excuses for it.”

As CEO Peters deals with criticism from States and politicians “when they are unhappy about the way they are portrayed in our reporting,” he explains. “It is my job and privilege to defend our journalists who have always shown the utmost impartiality.

“Criticism is often a sure sign that we are doing the right thing: unearthing uncomfortable truths and being unapologetically impartial.”

“At Euronews, we have a dedicated social media newsroom with a team of highly skilled digital journalists who daily not only debunk fake news but also explain, live on air, how they were able to check the facts.”

He explains that it is not enough in today’s era for a journalist to say they identified a fake piece of information because viewers need to understand how they came to that conclusion.

Peters adds: “Actually the reality is that all of our journalists are daily engaged in verifying and if necessary debunking fake news: with their proliferation it has become an even more important part of their job.”