Facebook’s reputation may have taken a battering over the past few days, but the lure of online persists and the TV industry must adopt internet techniques if it is to grow its share of the advertising pot, writes Adrian Pennington.

It’s a race against time. Even the most bullish advocate is fearful that if the TV industry is slow to develop strategies that bring internet advertising techniques to TV, the tech giants who dominate digital will take an overwhelming share of the emerging market.

Consumers are spending more time viewing OTT content on smart TVs with notable growth in live event TV. The opportunity to apply data-driven targeting and household-level addressability, as well the ability to apply programmatic trading to the TV market - all of which are difficult to realise on traditional TV platforms – is galvanising advertisers, agencies and broadcasters across the continent. 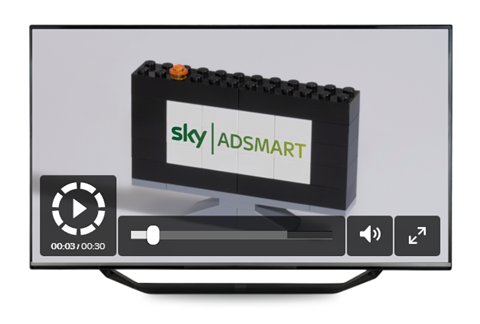 It could open up a market worth €825 million by 2020 across the UK, Germany, Italy, France and Spain, calculates SpotX, an online video ad platform in research conducted by consultancy MTM.

If broadcasters do not compete aggressively the worry is that Facebook and Google could capture between a third and a half of the total pot.

In the longer term, Amazon and potentially Netflix could look to introduce advertising into their services, cutting traditional players out further.

But at this moment there is a window. The big advantage that Facebook and Google have had is data, but if broadcasters offer addressability they can strengthen their case for ad spend. 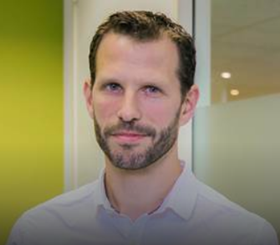 “There is now industry standard proof that television’s reach hasn’t changed in the last 10 years - but, to make the most of it, marketers need to plan across both TV and broadcaster VOD,” says Matt Hill, Director of Research & Planning, Thinkbox, the marketing body for commercial TV in the UK.

While pay-TV operator Sky has led the way in Europe with Sky Adsmart (and is reportedly on track to boost advertising sales to £1bn by 2020), it is the major commercial free-to-air broadcasters which are best placed to grow the Connected TV advertising space.

“They have the content, scale, reach and resources to respond to the opportunity,” according to SpotX European MD Léon Siotis.

Digital ad insertion
Some broadcasters have been quicker to react.

Scotland’s STV has been using digital ad insertion since 2014. The technology streams IP ads to connected TV sets, where they are dynamically inserted into the live broadcast signal arriving from terrestrial, satellite, cable or traditional IPTV sources. More recently, Channel 4 followed suit, and last November so did ITV. Meanwhile, Channel 5 in the UK has embraced Sky’s targeting solution (which is also being used to trade ads on Virgin Media’s pay platform).

Now a pan-European initiative led by the DVB aims to scale the market dramatically. 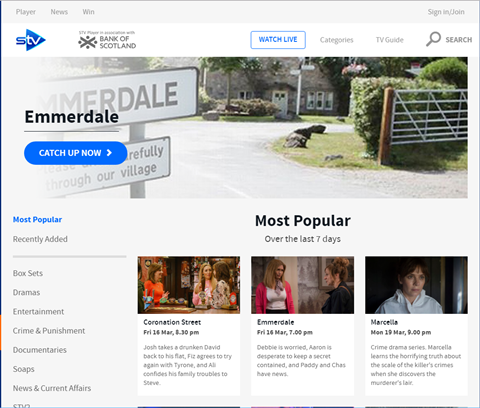 “There is a genuine appetite for targeted advertising to be made available for classical broadcast television,” says Vincent Grivet, co-chair of the DVB’s CM-TA (Commercial Module for TA) group. “This is accompanied by the overall feeling that, with too many technical solutions, there is a risk of fragmentation in the marketplace that would hinder any progress.”

The Group is seeking agreement on a set of commercial requirements by June 2018. The DVB will use this to formulate a standard specification, in turn paving the way for the first market implementations in 2020.

The CM-TA hopes that the work of the DVB “can help unlock the full potential of TA in broadcast television.”

The technical framework for the service will be built on HbbTV, a platform aimed at harmonising broadcast and broadband delivery and in widespread use across Europe and also by broadcasters in Australia and the Middle East.

There are aspirations that a TA standard over HbbTV will go global.

“There needs to be a strong focus on OTT as well as HbbTV though, for that’s where a lot of viewers are heading and at the moment the marketplace is very fragmented.”

The joint venture of ProSieben.Sat1, Mediaset (in Italy and Spain), France’s TF1 and Channel 4 is expected to begin trading soon. It caters for the “growing demand” for multi-territory video campaigns, initially traded programmatically.

EBX will additionally kick start a deeper collaboration between its members to “drive technological development in online advertising”.

Measurement is critical
However, there are significant challenges. Connected TV advertising sales strategies are immature across Europe and inventory is fragmented across different services making it hard to aggregate. 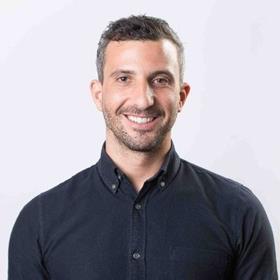 This lack of clarity about scale and value means some advertisers and broadcasters remain cautious about its prospects.

What will change the complexion is a new form of cross-industry collaboration in areas such as the sharing of data and new measurement currencies.

Improvements in audience measurement solutions are imminent. France already benefits from standardised analysis across digital and TV which was introduced by Médiamétrie in 2016 but addressable TV is currently prohibited in French law.

“Broadcast advertising is premium, regardless of whether it’s viewed on TV or over OTT…a three second view on Facebook doesn’t really compare.” Tim Sewell, Yospace.

Auditel in Italy is expected to upgrade its total TV solution this year. This month in the UK, BARB (Broadcaster’s Audience Research Board) was due to launch cross platform measure Dovetail.

However, according to BARB it’s taking longer than expected to produce multiple screen viewing figures (the outcome of Dovetail Fusion) to the standard the industry expects of BARB. It is assessing the data ahead of a review with the Board later in March.

It is already considered long overdue. Industry standard measurement (viewing within seven days of broadcast on a TV set) has not been able to keep pace with the changes in TV viewing.

Thinkbox points out that among 16-34s there’s an extra 13% of TV viewing that is not included as part of BARB’s measurement, “these being the most enthusiastic adopters of the new ways we have to watch TV.”

SpotX’s criticism is that BARB’s panel captures viewing of broadcaster content on connected TV services and via traditional TV but does not distinguish between the two.

While the likes of BBC and Sky have worked with BARB to measure audiences to programmes that haven’t featured recently in a linear schedule, BARB can’t yet measure viewing to SVOD services like Netflix and Amazon Video without their cooperation. 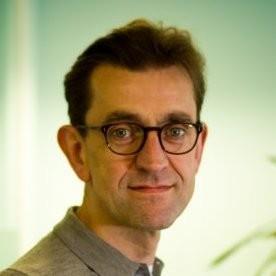 “We can provide even more insight on new patterns of viewing when we have the cooperation of broadcasters or platform operators,” says BARB chief executive Justin Sampson.

One of the principal issues for media buyers lies in the different definitions for viewing an ad online and watching one on TV. An online impression could be as little as three seconds, the time it takes to scroll down a Facebook feed on a mobile phone.

“It’s key that the industry accepts that while both forms of advertising have value, the concept and therefore value of a ‘view’ differs wildly,” says Sewell.

“Broadcast advertising is premium, regardless of whether it’s viewed on TV or over OTT. A 30-second spot offers guaranteed high viewability, and association with premium content. Targeted advertising improves what is already an impressive proposition. A three second view on Facebook doesn’t really compare.”

What is Europe’s connected TV ad market worth?

While there are different views on measuring the size of each market MTM/SpotX register the CTV ad market in the UK as Europe’s largest market, in terms of both TV ad spend and internet ad spend. It is forecast to reach £220 million (€250 million) in 2020, up from £110 million (€125 million) in 2016 with UK broadcasters likely to capture nearly half of this value. Facebook and Google (YouTube) are still likely to capture a significant portion as the market grows.

In France addressable advertising regulations would have to be relaxed if the CTV ad market is to reach €240 million by 2020 as estimated by SpotX/MTM. Broadcasters and sales houses are petitioning for regulatory change via the trade union, SNPTV.

Alternative measures
The other factor that broadcasters can turn to their advantage is guaranteeing the placement of brands against appropriate content.

Ads automatically placed adjacent to extremist content on YouTube and other ‘unmoderated’ user-generated platforms since 2016 have caused the world’s biggest marketers like P&G and Unilever to push for a greater safety net, if not yet to significantly reduce their digital spend.

In the absence of an accepted metric to combine TV and digital a number of commercial, digital and pay TV stakeholders have developed their own systems.

In the U.S, Google has made its traditional TV inventory available via DoubleClick, allowing advertisers to buy linear TV spots programmatically. Discovery introduced its own ‘Total TV’ audience measurement around live events beginning with Eurosport’s coverage of the recent Winter Olympics in South Korea. Thinkbox offers planning tool IPA TouchPoints, intended as a stop gap in the absence of Dovetail; online advertiser’s body IAB Europe is working on an initiative which it hopes will make digital advertising more directly comparable with TV.

Elsewhere, Liberty Global – whose European assets include Virgin Media, Ireland’s commercial broadcaster TV3 and Belgium’s Telenet, is developing Liberty Insights, a database harvesting insights from its 24 million customers on advertising and programming to broadcasters within its stable.

“We are offering an alternative to Facebook and Google,” said Laurence Miall-d’Aout, VP, Data and Advanced Advertising, Liberty Global. “We cannot replace Nielsen and BARB. They still use very small panels which really tell you nothing about what people are watching. We think with our data we can compliment it.”

She adds, “A lot of brands are turning away from digital and we are pushing that money back to DTV.”

The industry is moving towards integration of advertising models for linear TV and digital video but the greatest challenge remains measurement.