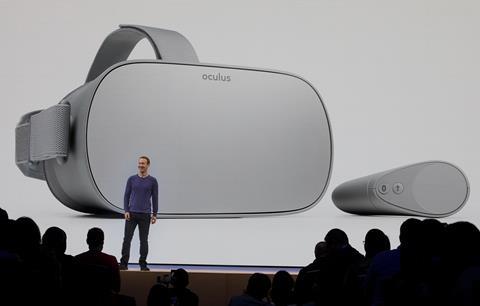 Facebook has posted record profit for the last three months of 2018, as the company reiterated its plans to take the social media giant’s Watch video offering into the mainstream.

Facebook chief executive Mark Zuckerberg said: “We’ve fundamentally changed how we run this company,” with a focus on preventing harm, championing new technologies including virtual reality and augmented reality and its Watch platform, which it intends to grow in 2019.

“I expect this to be the year where Watch becomes more mainstream” - Mark Zuckerberg, Facebook

He said: “I expect this to be the year where Watch becomes more mainstream. There are now 400 million people who use it every month, and people spend on average over 20 minutes on Watch daily.

“This means we’re finding ways for video to grow outside of News Feed so it doesn’t displace the social interactions that people primarily come to our services for.”

Facebook has made solid progress with its monetisation, Sandberg said: “We’re starting to roll out Stories ads, but it is very early days and we think it will be a long road ahead.”

She pointed to Facebook’s history in supporting its users to shift to mobile well ahead of marketers.

“One of the challenges that marketers have is keeping up to where consumers are… one of the successes we’ve had is we made it easier for advertisers to move into a mobile environment.

“And just as we did that in mobile, now we are very focused on doing that in the new things that people are doing, and Stories is a big part of that.”

Zuckerberg claimed Facebook has the most advanced systems in the world and is announced its longer term focus is on “building technology that brings people together in new ways,” pointing to the opportunities with the Oculus Quest set to ship later this year.

Addressing the “substantive issues” it faced through outlast year, Zuckerberg said: “I feel like we’ve come out of 2018 not only having made real progress on important issues, but having a clearer sense of what we believe are the right ways to move forward.”

Facebook has been heavily criticised its lack of censorship and security practices, Zuckerberg said: “We’ve invested billions of dollars in security, which has affected our profitability.”

Facebook faced a year of scandals from data breaches, hacking and privacy regulations to harbouring fake news and hosting trolls to name a few.

Among the product changes Zuckerberg announced a planned integration of messaging platforms for WhatsApp, Instagram and Messenger was confirmed as being considered, which he said was still a “long term project” and would see more of Facebook’s products using end-to-end encryption, the news first reported by the New York Times last week.