What Apple TV+ could mean for the media industry

In a golden era of storytelling, Apple has turned its attention to reinventing TV and adding healthy competition to the ecosystem, writes Paolo Pescatore

On Monday, Apple broke with tradition when it dedicated an entire press event to a sole focus on services. This represents a landmark moment for Apple as it underlines a growing and strong focus on services as a future source of revenue growth.

In the last quarter, revenue from services grew 19% to $10.9bn. Apple is fully aware that it cannot rely solely on hardware sales and is seeking to become a ‘Netflix of everything’ in services: music, news and magazines, video and games.

It’s Showtime
Ahead of the event all eyes were on video and TV following the invitation which teased ‘It’s Showtime’ and ramped up speculation about Apple’s efforts in video.

The launch of Apple TV+, a stronger, revamped video service, somewhat mirrors the strategy of rivals. This move takes Apple TV closer to a one-stop shop destination for consumers with live TV, on-demand and Apple’s own original shows all in one place. The service now includes streaming access to a range of channels including HBO, Showtime and Starz.

Significantly, Apple has decided to broaden distribution beyond Apple devices. As well as its own devices (including Mac for the first time), it will support a range of smart TVs from Samsung, LG Electronics, Sony and Vizio; and streaming media devices Roku and Amazon Fire TV.

Apple TV+ promises to reinvent TV with great storytelling. The service allows Apple to truly differentiate itself from rivals with original programming and will be integrated into the existing Apple TV offering as a paid service with pricing to be disclosed later when the service goes live.

At the star-studded event, which included appearances from Oprah Winfrey, JJ Abrams, Reese Witherspoon, Jennifer Aniston and many others, the company announced a raft of new services:

This differs considerably to Netflix, softening the notion that the two companies could be seen as direct rivals, for now. Netflix has a broad catalogue of licensed and original content and could arguably become a partner on Apple Channels at some point. Furthermore, Apple TV+ seems to be aimed at the high-end, focused on premium programming given the talent on stage supporting this new service.

In time, this might change, depending on the extent to which the service is embraced by consumers. Therefore, we should not expect a direct response from Netflix which will not be threatened by Apple’s move. At this stage, it is hard to assess how successful Apple TV+ will be; no guidance was given on pricing, nor the list of shows that will be included in the new service.

In fact, Apple Channels and the redesigned app takes Apple into direct competition with Amazon. 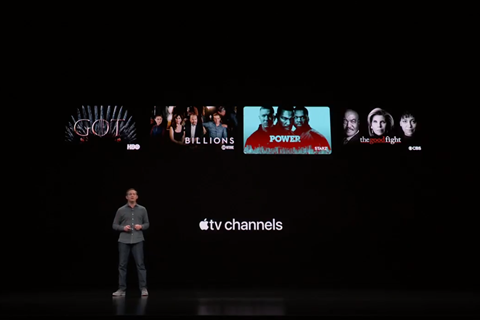 Apple will seek to leverage its scale and distribution to promote awareness and generate subscriber uptake for all its new services. This is something Oprah Winfrey alluded to, giving Apple’s massive base of 1.4bn active devices as her main reason for working with the company. In part, this explains its steady and growing focus on services.

In time, as Apple builds its content catalogue and moves into other genres such as sport (which was missing from the announcement) then it will pose a considerable threat to numerous services.

Netflix has done a great job to date but more and more content and media owners have said they will pull their content from its offering. This represents a significant opportunity for the likes of Apple, which has scale and greater resources with the revamped Apple TV app.

The move could be the nail in the coffin for traditional broadcasters unless they embrace online distribution. They need to connect with new audiences and services integrating channels like Apple TV, Amazon Prime Video as well as others. These video services should now strongly be regarded as online video platforms.

Content aggregation is the holy grail. There is too much fragmentation in video/TV. No one wants to sign up to different services and have numerous apps because it is a disastrous experience.

Beyond having the right content, the user experience is key. This means getting the content people want in one place, with one bill and universal search. In reality, this is hard to achieve as typically half of a household wants sport and the other half want entertainment, movies and kids shows.

Apple could well become the partner of choice for many telcos as Netflix has successfully done. Interestingly, telcos have invested huge sums in set-top-boxes, securing premium content and acquiring sports rights. They are now considering ditching set-top-boxes due to cost and heavy subsidies for faster networks and cloud-based services. Apple is uniquely positioned to offer its own TV streaming box along with a range of video services. This will work well, especially if telcos launch their own OTT branded apps on Apple TV. 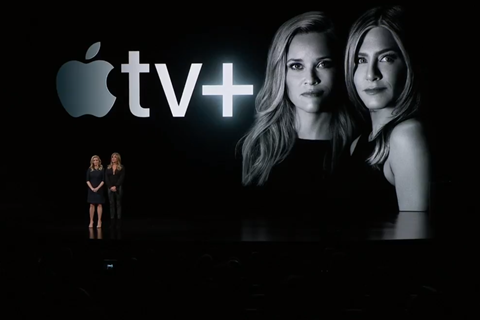 Publishers, content and media owners are crying out for eyeballs. More so as they’ve been slow to embrace online distribution, and so Apple represents a key partner for them in reaching new audiences at scale across numerous devices.

Overall, the roll out of new subscription-based services by Apple paves the way for the introduction of new business models akin to the all-you-can-eat bundles like Amazon Prime. In the future we might even see users pay for a service bundle and receive a new iPhone every year.