Is it time to enter the eSports arena?

All the numbers surrounding eSports tournaments seem increasingly stratospheric. Is now the time to be investing? 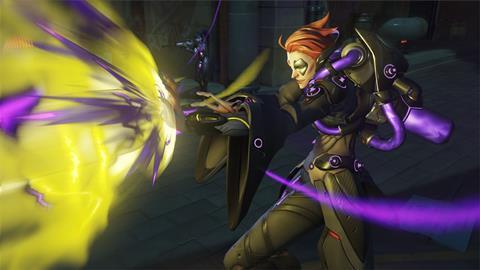 On 10 January next year, one of the hottest new sports properties in the world kicks off its inaugural league.

And if that last detail sounds a little strange, that’s because this is all taking place in the brave new world of eSports.

With sponsorship recently announced from Intel and HP and more deals in that area to come, the Overwatch League’s pre-season tournament in Los Angeles in December is already starting to ramp up the hype in the wake of the Overwatch World Cup that took place at the start of November at BlizzCon.

There, reigning champions South Korea beat plucky underdogs Canada 4-1 in a final watched by 297,000 viewers. Peak viewing of the final stages of the tournament was logged at 840,000.

If that sounds like a lot of viewers to broadcasters assessing the totals of grim winter midweek sports games or examining the underwhelming figures from streaming deals (Amazon Prime’s first Thursday night NFL game in September drew 372,000 viewers), in context with the blue riband properties in the eSports crown, it’s not.

Overwatch developer Blizzard Games is very much trying to seed the market here, both selling the Overwatch game commercially and setting up the league that they hope will help drive it into to the top rank of eSports audiences and software sales.

That top rank place is currently globally held by Riot Games’ League of Legends, whose recent 2017 Worlds concluded with a peak audience of 106 million viewers. 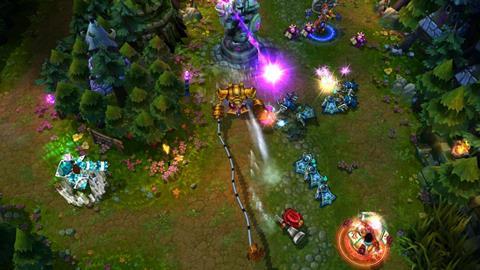 This is the sort of figure that is really making broadcasters sit up and take notice, but there’s a devil in the detail which explains partly why Blizzard is pouring so much investment into the Overmatch League and trying to globalise the phenomenon.

Different titles show different distributions, but in general eSports viewing is currently extremely concentrated in China, with the non-Chinese figure for the League of Legends final peaking at a mere 2 million viewers — around 1.9% of the total.

The Sino-centric nature of the most arresting figures to date, however, is not slowing down investment. 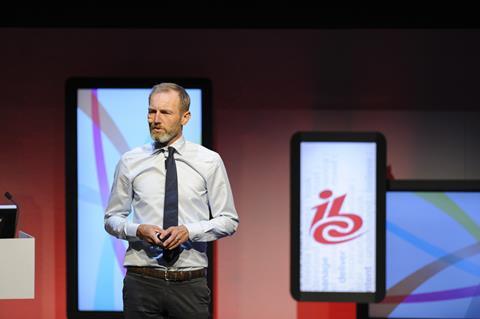 Speaking at IBC2017, Kim Poder, Chief Executive of Modern Times Group (MTG) Denmark was one of those at the show highlighting the growing potential of eSports, pointing to his own company’s purchase of a majority stake in ESL (originally Electronic Sports League) owner Turtle Entertainment for $92 million and saying that the market will be worth $1.5 billion by as soon as 2020.

All in all it is estimated that MTG has sunk close to $400 million into the eSports area, but this is still under 20% of the $2 billion that researcher Ampere Analysis estimates has been invested in the sector in the past six years.

Indeed, most of the major players in the world’s electronic entertainment industry are already active in the area.

Just before IBC, BT Sport broadcast the Gfinity Elite Series, Ampere points to a burgeoning Spanish market with Telefonica, Orange and Vodafone all featuring dedicated eSports channels on their respective TV services, the BBC has licensed content for BBC3, and both Sky and Virgin carry the Sky and ITV part-owned GINX eSports TV, which reaches more than 37 million homes in 10 languages across 41 territories and thus can quite justifiably call itself the largest eSports TV channel in the world.

The streaming players are also involved.

Twitter announced partnerships with ESL and DreamHack to show 1500 hours of eSports gaming this year, which Facebook almost immediately topped with an announcement of 5500 hours itself while highlighting the ability for studios to create comprehensive eSports ecosystems via the platform. YouTube meanwhile signed a multi-year deal with eSports platform FACEIT earlier this year, while Amazon, of course, bought game streaming service Twitch and access to its 15 million daily users for $970 million back in 2014.

So, activity is brisk to say the least. But as is often the case with technologies and markets that are at this point of the hype cycle, the rewards rarely reflect the level of investment underway.

A quick analysis of GINX eSports TV figures from the past few months finds it at the low end of the viewing figure spectrum, Barb data giving it a peak weekly reach of some 68,000.

So, why the extreme levels of interest? Partly it is because of a potentially alarming shift in the way the younger end of the Millennial demographic in particular is consuming sport.

Viewing figures are already down in several sports. NFL’s multiple issues, from concussions to politics, have led to a haemorrhaging of interest in its games, while Sky’s EPL coverage posted a seven year low at the end of last season (“Obviously football is very important, but relatively, every day it is less important than it was,” said Sky CEO Jeremy Darroch last November). But the way sport as a whole is ‘under-indexing’ amongst Millennials is particularly worrisome.

The figures — again from Ampere Analysis research — suggest a definite skew towards sports as viewers get older, with interest in sports 17% lower amongst Millennials than in the general population. If this is carried through as the population ages, then suddenly broadcasters will have a lot of expensive sports rights exhibiting much more elastic demand and price-sensitivity than they ever have before.

Adding the e to sports coverage

Shifting coverage from sports to eSports seems at first glance to be one of those tempting changes of mere emphasis that will enable broadcasters to help surf some of the more extreme changes in audience behaviour that are predicted to be coming down the pipe.

It is not though going to be as simple as broadcasters sitting their sports talent in new virtual sets and bringing in a few talking heads to analyse the plays.

As Michiel Bakker, CEO of Ginx TV, said speaking at a Platform Futures conference session at IBC2017, there are both big opportunities for established players and some definite obstacles as well.

“You have to be credible and authentic or the eSports audience will sniff you out real fast,” he said. “Be authentic, listen to the community and respect them — they are extremely vocal — it’s their community and they are worried about how mainstream media are going to treat them.”

Forging partnerships with the established players in the space seems to be one of the most effective ways of making sure the eSports gaming train doesn’t leave the station without broadcasters on board. This is especially true as most of the viewing takes place online and the communities are already tight-knit and fully-formed, with YouTube, the usual social platforms, and live video streaming dominating the mix. The difficulty will lie with transitioning the viewers to linear outlets.

According to a new Nielsen eSports Playbook, 71% of eSports fans themselves think that they will become a mainstream activity in the near future: and it’s being included in the 2022 Asian Games and mooted for Paris 2024. 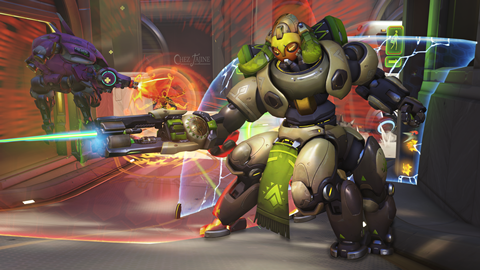 For broadcasters though, involvement in 2017 would still have to be classed as speculative: the viewing figures are not yet there and there is also a growing school of thought that sees Millennial behaviour becoming more traditional again as the sub-demographic ages, establishes its own home, and raises a family of its own.

Balanced against that though is the need to position themselves in case of take-off. And it’s worth pointing out that there is a long game being played here.

The Overwatch League, as part of its contract with the new professional players on its roster, is eager to point out publicly that it is providing them with retirement savings plans.

Watch MTG’s Kim Poder and Facebook’s Daniel Danker on Fans, Friends and the Future of Broadcasting