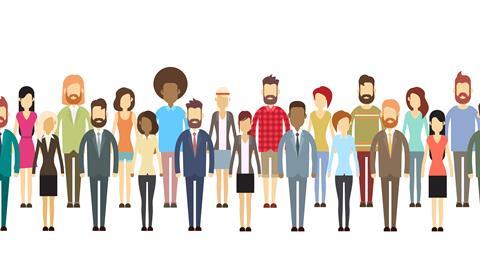 Inspiring change in the industry

Gender diversity remains a vital issue across the media, entertainment and technology industry. During this IBC365 discussion, awareness and accountability were highlighted as important elements to drive change.

A recent report, Diversity and equal opportunities in television by UK regulator Ofcom, revealed the lack of gender diversity in the UK television industry, highlighting that women, ethnic minorities and disabled people are under represented in the television industry and called for urgent action to be taken.

This year, IBC has made a conscious effort to represent more women across the conference sessions with a pledge to achieve a 30:70 ratio of female to male speakers on stage. IBC has also set up a Diversity and Inclusivity Group to provide guidance on how best to initiate change. Members of the group gathered for a discussion on some of the most pressing issues.

There is an abundance of research that shows a diverse workforce is a more creative, innovative and fundamentally more successful that a homogenous workforce, says ITV Online Commercial Director Faz Aftab.

ITV recognised the need to charter and champion women in the workforce and set up the Women’s Network with the mission to connect women across the business to create a network which inspired and nurtured their careers.

The three main themes identified across the business include:

Aftab says: “The only way you are going to get a diverse workforce progressing through your company is to ensure you know what the problem is and address it by having a talent plan.”

ITV has committed to identify the diverse set of talent across its workforce, Aftab explains, understanding employees needs is critical to success because their needs are different.

She says: “During the last seven years I have seen a shift. I am a firm believer in you cannot be what you cannot see.”

“I am optimistic that these amazing senior women [BBC’s Anne Bulford, Channel 4’s Alex Mahon and ITV’s Caroline McCall] are going to cause lots of people, especially junior women entering the industry to think these are inclusive organisations and these people are relatable.”

Grass Valley, a subsidiary of the Belden Group, is a very metrics driven group, explains Grass Valley VP Global Marketing Neil Maycock: “We are currently in the discovery phase,” he says.

Maycock says: “We have the early career leadership programme where a recent graduate can be fast tracked through [career] progression.

“Our current programme intake is greater than 50% female.”

Maycock notes there are greater diversity issues facing the industry including the age gap problem, where a large percentage of the technical workforce are over 50 years old.

He says: “ You can’t have recruitment focussed around age because it is illegal so the way we thought to balance that was have a set graduate intake every year. That brought home it was predominately engineers recruiting and 9:1 ratio of applicants.

“We realised we needed to look internally at what our organisation is doing but also need to look beyond our company and start influencing people and attracting them to our industry.”

Technology and software start-up company Sundog Media Toolkit has progressed into the scale-up stage of business and has invested heavily in recruiting creative and innovative skilled employees from diverse backgrounds.

Co-founder and Chief Executive Richard Welsh says: “Action has to be positive rather than sitting back and waiting for things to fix themselves we have to push forwards for things to improve gender diversity particularly.”

Welsh explains whilst the investment in recruitment companies for diverse staff was a significant spend it was ultimately the right business decision for the longevity and success of the company.

He continues: “We wanted to actively look outside the industry… We didn’t look for any particular industry experience.”

Aftab works closely with social enterprise organisation Stemettes, which encourages girls aged between five and 22 to pursue careers in science, technology, engineering and maths, encouraging them to enter the field.

Aftab says: “Role models are incredibly important and the more diverse they are, the more creative and more innovative an organisation is.”

“You need diversity in thought. We need creativity in our DNA and that creativity comes from diversity.”

IBC has introduced a Code of Conduct at the Show on appropriate behaviour and treatment.

Welsh adds: “It is about taking action and not letting it simply happen on its own.”

If you can foster [gender diversity] and present successful and knowledgeable people on stage, that is the only way we are going to change the shape of our industry, there is an opportunity there to try and get ahead.”

The IBC speaker list has doubled female speakers for 2018.

Aftab says: “We live in a diverse society, inclusivity shouldn’t be a thing, it should just be something we do as part of our normal course.

“We are the agents of change and we all have a responsibility to do our part to make a difference.”

Maycock says: “As much as we are focussing on awareness, sexism in the industry does exist.”

From booth babes to hostesses, Maycock recalls an incident that occurred at a major trade show where Grass Valley’s Head of Global Sales was assumed to be a hostess rather than attend the meeting at the stand.

He continues: “How do we get mindshare with those companies on diversity?”

She says: “Girls tend to not put their hand up as much because they’re conscious they might say the wrong thing.

Running a company in the technology industry Welsh is often asked to participate in panel discussions, however as gender diversity is a main pillar in his business strategy, he has made the decision to only speak where women are also represented.

He says: “I would encourage all men who get invited to speak at tradeshows to consider are women represented and generally what is the diversity of the panel you’ve been asked to speak on.”

Aftab adds: “A mentorship programme is working incredibly well at ITV and helps the bigger needs.

“It is not heavy on the admin side but a simple tool for people to match up, creating that culture where mentoring is a done thing.”

Maycock suggests taking a step back and outside of the organisation and to “take an impartial view”, for example looking at the website imagery to social media communication, making sure there is an evident diverse representation.

He says: “It is taking the time to inspire people to join the industry and we will only do that if we are not representing ourselves as middle-aged white men.”