The global drama hit is produced with environmental considerations firmly in mind, aiming to reduce its carbon footprint year on year.

Poldark, the adaptation of Winston Graham’s romantic novels, has proven to be a popular and critical hit in the UK and beyond, selling into over 150 countries around the world. 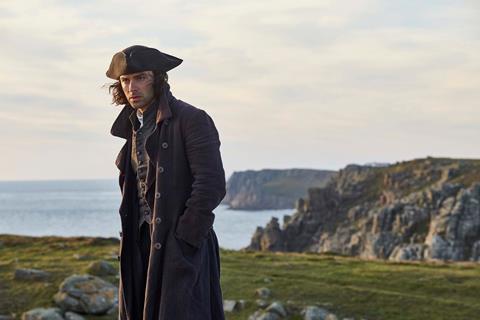 Now in pre-production on season five, the show is set in 18th century Cornwall in south-west England and stars Aidan Turner as ex-soldier Ross Poldark who returns from war to discover he has lost his childhood sweetheart to his cousin.

What is less well known about the show, however, is that – behind the scenes - it is produced in an environmentally friendly way.

Backed by BAFTA and a consortium of indies and UK broadcasters, Albert is an online carbon calculator that works out how much a TV production affects the environment. It calculates the total amount of greenhouse gases emitted into the atmosphere as a direct result of making the programme.

Albert also focuses on gathering data from a list of areas in the production cycle from the production office, the studios and stages, to travel, the amount of time spent on location and post-production activities.

“Part of ticking the various boxes to the questions to get Albert certification is, ‘Have you reduced your carbon footprint by 10%?’” says Howard Ella, Head of Production at Mammoth Screen, the UK-based TV production company which makes the show for the BBC. “Every year you are aiming to do that and every year it is more difficult to achieve.” (The targets become harder to hit the more sustainable your show becomes year on year).

“It’s a culture change. Historically we have been a paper based industry — scripts, schedules, call sheets — everything is on paper. The target is being paperless.” Howard Ella, Mammoth Screen

“It’s a culture change. Historically we have been a paper based industry — scripts, schedules, call sheets — everything is on paper. The target is being paperless,” says Ella.

Production of Poldark is based out of studios in Bristol. Each series shoots for around 18 weeks with up to four weeks on location in Cornwall. Ella estimates around 40% of the production filming is studio time and the remainder after Cornwall is in and around Bristol at various country estates.

Such a location means achieving Albert status is tough. Cornwall is one of the remotest counties in England and tricky to navigate in a car, let alone with a fleet of vans bulging with lights, cameras and generators.

After the production team answers a series of questions relating to production activities (think studio usage time and hours spent in edit suites), Albert produces a series of charts showing the carbon impact of the work. The production is given the total CO2 emitted during the course of production, the amount of CO2 emitted per £100,000 of budget and critically, CO2 per production hour.

“One of our biggest impacts is in terms of fuel and how much we use,” says Ella, noting it’s not just about generators on set. “It’s the very nature of location drama such as Poldark where we spend a lot of time on location and out of our studio. That is our biggest areas of concern — travel and transport and fuel.” 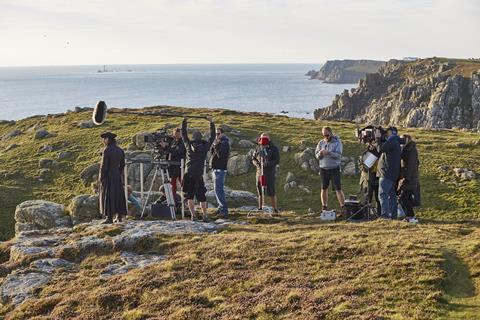 But Ella is convinced more positive change will come and believes the next big push towards sustainability will be driven by electric cars. “We use hybrid cars more than electric cars because of the distances we go and the ability to charge when we are in the middle of field,” Ella notes.

Two years ago Ella oversaw a show where the drivers responsible for ferrying around cast and crew around all drove hybrids. “It was brilliant and the impact of that on our carbon footprint was phenomenal,” Ella says.

TV industry ambitions to go green are also being stymied by the pace of other technologies too. Take LED lighting: some lights are LED on set now but many, such as the 18,000 watt lanterns used to replace sunlight and moonlight, are huge and are not readily available as LED options.

“We’re in the first few years of LED. Give it five to 10 years, I have no doubt that it will all be LED,” Ella says. LED lights last longer and do not heat up in the same way so it will be a win- win when the technology finally catches up with the industry spec.

Solar and wind power are simply not viable alternatives for big shoots. For example, Poldark tends to use 120KW generators, meaning that a football pitch of solar panels would be needed for a solitary day’s shoot.

“You never cut corners on financing health and safety. There should be a similar ethos around sustainability.” Howard Ella, Mammoth Screen

The potential for using biofuels in generators instead of diesel or petrol might go some way to offsetting other sustainability issues.

“It needs for the technology to be universally embraced, not just by our industry but across various industries,” Ella says. (Buses and McDonald’s trucks use bio fuel after all.) “Is there a day we reuse cooking fat to run our generators? I am sure there probably is,” Ella muses.

Billed as a practical way to help production teams reduce their impact on the environment and embed sustainable production values within their shows, Albert certification philosophy requires a change in attitude in the way shows are made.

But don’t expect to save on production costs, despite reducing paper scripts and non-renewable energy consumption. Cost saving is not the point. 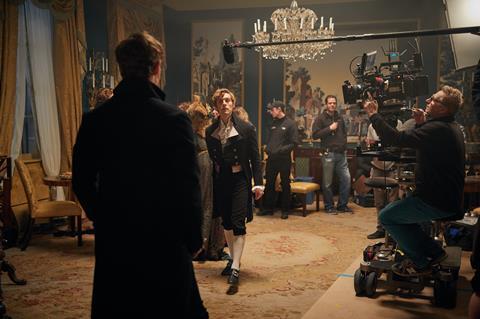 “If you’re using recycled paper, there is no cost benefit to it but in terms of carbon footprint, paper is low hanging fruit. That said it is a very visible symbol of what you are trying to do,” Ella says. “It means when you make other changes people already understand that there’s a drive for sustainability because it is a very tangible thing that’s been taken away.”

According to those championing Albert, the choice to go green shouldn’t be fuelled by a financial imperative. It really should be a moral imperative.

As co-head of production with Veronica Castillo at Mammoth Screen, Ella and co aim for Albert certification on all Mammoth productions - including Victoria for ITV and upcoming BBC adaptation Noughts and Crosses.

“We are becoming more sustainable every series (of Poldark),” Ella says. “And I would say that is the same on all the productions that Mammoth Screen do.”

But there is no resting on laurels.