How video became the radio star

The death of radio has been long predicted, but broadcasters have found brilliant new ways to boost audiences: video. James Pearce considers how radio stations use video across social media platforms. 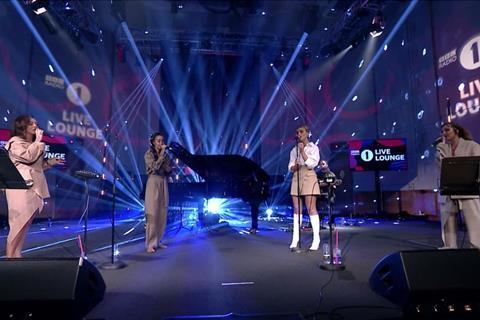 It was a century ago and only 100 people tuned in. The first US broadcast from a licensed radio station occurred at 8pm on 2 November, 1920. It was Pittsburgh’s KDKA, and the announcement was about the results of the 1920 US election.

Since then, radio has had significant ups and downs, becoming the medium of choice throughout the earlier parts of the 20th Century, until the advent of TV. TV broadcasting replaced radio as the dominant broadcast medium by the 1950s and took over home entertainment.

Approximately 8,000 US households had television sets in 1946; 45.7 million had them by 1960. Or, in the words of new wave/synth-pop group the Buggles, Video Killed the Radio Star.

Except it didn’t, and radio did not die out. Rather, it adapted, and remains popular. Radio listening in the UK, for example appears robust, holding steady at around 48 million adults – 88% of Britain’s adult population – listening to a total of just over 1bn hours each week. The crisis for radio now is engaging younger audiences.

Ben Cooper, group director, content and music, at Bauer Radio UK, comments: “Radio enjoyed a monopoly of connecting you to the world for many, many years. And what the radio industry did was sleepwalk into the smart phone revolution and did not realise that it was now competing with anything you could do with your ears and eyes on your mobile. So, we had to catch up fast.”

The problem is even more acute at the BBC, with total listening hours among 15 to 24-year-olds falling 40% over the last decade.

“From the launch of YouTube in 2006, we found the best way for our content to reach a wider audience was through social media,” explains BBC head of visual radio Joe Harland.

“We found some platforms were already taking our audio without the video feeds and adding their own videos, and these were getting a lot of interest.

“We realised very quickly that there was interest in seeing video content for features such as Live Lounge, so we decided to create video that would appeal to a younger audience.” 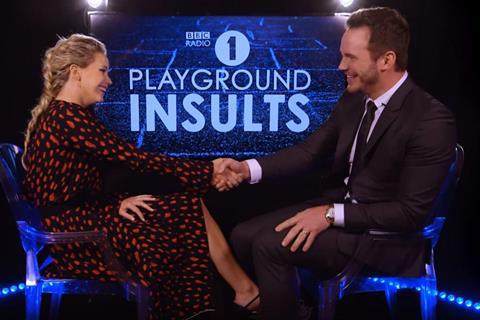 Visual radio
So, the BBC set up a visual radio department, aimed at capturing some of the best moments behind the mic on camera, so they can be shared through platforms such as YouTube, Twitter, Facebook and Instagram.

There was some reluctance at first among some of the presenters. Sources close to the BBC recount one senior radio veteran saying “no-one wants to see my face” when the team tried to set up a camera in his studio.

Despite this, the results are obvious. Radio 1’s YouTube channel has over 7 million followers at the time of writing. And some clips have reached far beyond the UK. For example, a video of Hollywood stars Chris Pratt and Jennifer Lawrence trading insults as part of the Playground Insults game on the Scott Mills Radio Show currently tops more than 38 million YouTube views.

Harland tells IBC365 that the BBC quickly found it was best to experiment with new formats and ideas, allowing for significant creativity in the visual radio team. “Sometimes things work, and sometimes they do not, but we are always trying new ideas. But we constantly measure our success to make sure what we are doing is worthwhile.

“The footprint of BBC radio, globally, is now greater than it has ever been. We have more people consuming our content than ever before.”

Beyond Hollywood stars, there has been some noticeable examples of success with the BBC’s social media strategy.

One video, of Scott Mills show co-host Chris Stark interviewing actress Mila Kunis, received global attention due to its unusual nature, with Stark discussing more personal issues such as his favourite football team as opposed to the film Kunis was there to promote (Disney’s Oz the Great and Powerful). Within days, it had been seen by more than 10 million people worldwide on YouTube and was being covered in newspapers across the globe.

Another popular highlight for the BBC is Live Lounge, in which well-known music artists usually perform one song of their own and one by another artist, in an acoustic format. Launched in 2009 as part of Jo Whiley’s weekday show, it was moved to a physical studio, with clips often shot at BBC Maida Vale Studios.

In terms of the equipment being used by the BBC, they use Marshall cameras with ring lights. That is because they are “small enough and light enough” to move around radio studios, which are much smaller than their TV equivalents. These cameras are also fixed on arms, to make them more manoeuvrable, he explains.

They also began using LED screens behind the radio hosts, finding this was more suitable for the social media clips the BBC pulls together on a daily basis. Everything is then edited using Adobe Premiere Pro.

Repurposing content
The strategy has been reflected across the industry, with radio broadcasters hiring videographers to create and edit clips for social media consumption.

Radio America, a broadcast network based in Arlington has built its own video arm of the company. Its hybrid “Video Studio 66” studio consists of two rooms. The studio half includes a green screen, two Sony NXHD cameras and professional lighting while a control booth includes several Mac editors, a NewTek TriCaster video switcher and a Telos Axia control board.

“It’s really a radio studio and video studio. It’s a versatile space that also allows us to do a new community outreach project for our military veterans,” said Rich McFadden, director of operations for Radio America.

The station supports around 500 affiliates across the US, with video footage developed across Facebook Live, YouTube and Periscope. 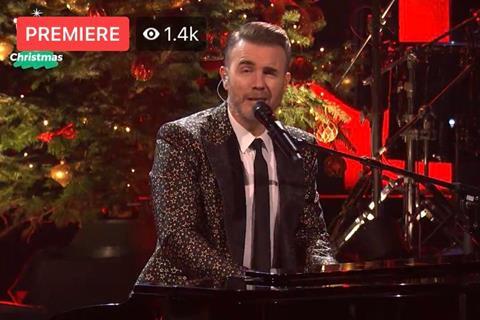 “We try to use video across several different platforms. Our daily shows that we own, including the ‘Chad Benson Show’ and ‘The Dana Show,’ are also in video form. We repurpose nearly all our radio content for video to be used on Facebook Live, YouTube or Periscope. It is an easy way to reach a new audience and it is another outlet for our advertisers. It really builds value for advertisers.”

“You need a digital halo to your radio station. You need people to stumble across your content in their timelines, and then seek out the radio station because they want more of it. A good example of that is if you look at Perri from Jordan & Perri’s Breakfast Show on Kiss. He has got 1.6 million followers on TikTok. Now, some of those people are going to go: ‘Oh, okay, he’s now on Kiss. Well, I am going to tune in because I really like him. And he makes me laugh. And I just want more of him.’ That digital halo is needed to attract people into the mothership.”

It is nothing new, he adds, comparing it to the way other media fields have used TV to promote their products. “How do you tell people about a brand-new film at the cinema? You get the side of buses, you get the Graham Norton interview, you get the TV advertising, and once you bump into that kind of attractive piece of content three or four times, you say: ‘I need that in my life’.

“It’s the same thing with a radio station. You see Ronan and Harriet doing their version of the Bake Off challenge that week on socials or play along with the Through the Decades quiz from Absolute on Instagram, and it reminds you that you want to spend time with those people on the radio the next day.”