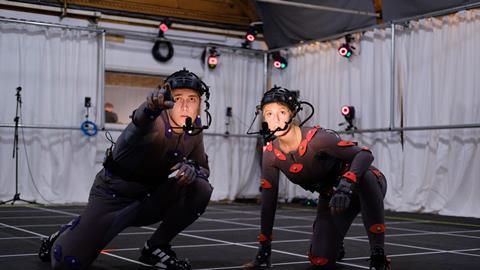 How We Built It: Centroid’s performance capture facility

A new performance capture facility in the heart of Soho means that visual storytellers will be able to combine visual effects and virtual production with world class video and audio post production.

London postproduction house Molinare and performance capture, character animation and VFX facility Centroid have teamed up to offer a new hybrid facility in Soho. It aims to create cinematic character pipelines, with a seamless workflow from casting, to full performance capture with voice recording.

Performance capture, or PCap, is the simultaneous recording of an actor’s face, body, and dialogue performance. The most common application of PCap is in the production of game cinematics and CG characters in films, but it also has applications in mixed reality and live events.

Centroid @ Molinare is built on the strength of a decade-long working relationship between Molinare’s Nigel Bennett, MD of Molinare TV & Film, and CEO of Centroid Phil Stilgoe, who have successfully collaborated on past productions together at Pinewood Studios. 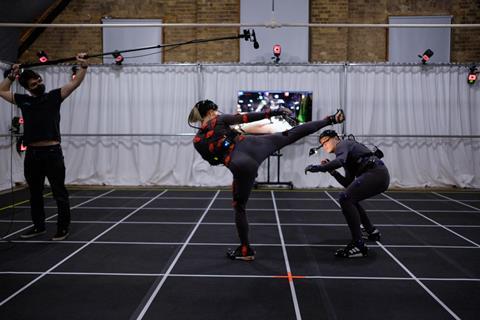 Molinare has already been delving into interactive audio and has created a casting division, specialising in casting roles for scanning voiceover (VO) and performance capture. Key figures in the new venture are Molinare’s creative director, Glen Gathard, head of audio facilities James Doyle, and director of casting Sarah Lynch.

“The [new] facility at Molinare will mainly focus on storytelling,” says Bennett. “It is all about the intimacy of the writers’ words and the actors’ performance.

“We will capture every nuance, from a subtle glance, to a whispered word or expressive gesture,” he continues. “To ensure the best talent are in place to truly do justice to the subject matter, Molinare offers experienced casting services as part of pre-production. These services will be of great value to any client or company seeking to develop stories for digital character performance in game development, film and TV production, VR, AR, XR, and modern theatre.”

“[Centroid] are the UK’s leading motion and performance capture provider and a major player on the international stage,” he adds. “Combining their expertise and our own in-house capabilities, led by Glen Gathard, will be a potent blend and add creative depth to Molinare’s media services.” 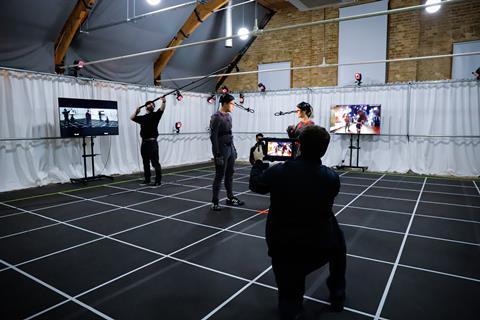 “2020 has been a frustrating year for most companies and Centroid has been no exception,” says Stilgoe.

“As Disney moved into Pinewood Studios, our time as a tenant came to an unexpected end, and we had to find a new home. As luck would have it, we found a perfect new studio 10 minutes away from Pinewood and Uxbridge tube station. Located in a massive, modern warehouse, which now offers one of the largest in-house capture volumes in The Northern Hemisphere.”

According to Stilgoe, although Centroid has a purpose-built facility near Pinewood Studios, the main difference for the new venture is a central London location for clients, VO capacity and control rooms for COVID-safe /socially distanced recordings.

Stilgoe revealed that the two companies had collaborated on a number of AAA game titles, including Shadow Of The Tomb Raider from developer Eidos, and Control by Remedy Entertainment.

‘We will capture every nuance, from a subtle glance, to a whispered word or expressive gesture,’ Nigel Bennett

“I’m personally and professionally overjoyed to once again have Centroid working alongside Nigel, Glen and Sarah,” adds Stilgoe. “Over the last decade we have partnered on many great projects which have laid the foundations on which we will continue to build.

“With some of the best creative and technical minds from Pinewood Studios reconvening at Molinare, this joint venture gives both companies the opportunity to further develop and expand their audio, VFX and virtual production pipelines. Our aim is to create a one stop shop for creative content makers and offer principal character capture, crowd simulations, and cinematic experiences for feature films, games and television. 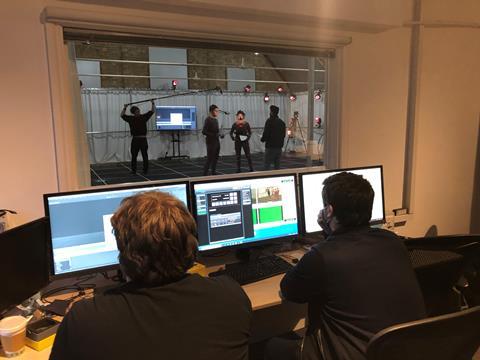 Top floor refit
“The stage is located in Molinare’s beautiful loft space,” explains Stilgoe. “While a new infrastructure was required to house the system every effort has been made to keep the character of the classic London styled Regency architecture which houses us.

“The capture volume is a healthy 10m x 8m and has been acoustically treated under the watchful eye of Glen Gathard,” says Bennett. “The control room and capture crew are housed in a separate room off stage to ensure audio capture is unaffected.”

Centroid’s contribution to the studio’s technical portfolio includes a system of 36 motion capture cameras, paired with wireless Head Mounted Cameras (HMC). In addition, Stilgoe says there is a suite of virtual production tools, including live character pre-visualisation in Unreal and Motionbuilder, enhanced with virtual camera technology.

The latter was developed as a result of the Covid-19 pandemic and lockdown, which hit shortly after completion of the new Uxbridge facility.

“Once the first lockdown was relaxed Centroid turned a negative into a positive; offering a remote viewing solution which allowed clients to direct a shoot from the safety of their own homes,” says Stilgoe. “We embellished this pipeline, live streaming feeds of the studio witness cameras and live character pre-vis to clients in the UK and across the world.

“Clients would direct their shoot virtually and communicate with Centroid crew through platforms such as Zoom or Skype,” he adds.

“To ensure safety on stage was maintained to the highest standards, we created new risk assessments, added sanitisation stations, and implemented social distancing precautions and one way systems. We adapted and continued to evolve our working practices, all of which will be put into place at Centroid@Molinare to ensure the safety of all involved.”

‘Our aim is to create a one stop shop for creative content makers,’ Phil Stilgoe

“In terms of the workflow we’ll be offering, it will be a very similar set up, but now everything is conveniently positioned under one roof,” he continues. “The key service this joint venture offers is full performance capture for storytelling from casting, through to capture and delivery of final quality character animation.”

“In addition to audio facilities, optical and facial capture, we provide video reference feeds of the live character pre-vis to assist performance and direction,” says Bennett. “Screens displaying the live pre-vis are in place both on set and within the client viewing gallery, which looks out onto the stage from an elevated position.”

“Having started this year without a studio and to end with two, one of which is with my talented industry friends from yesteryear, I still can’t believe mine and Centroid’s luck,” adds Stilgoe.