How We Built It: hayu’s AWS-based data and personalisation platform 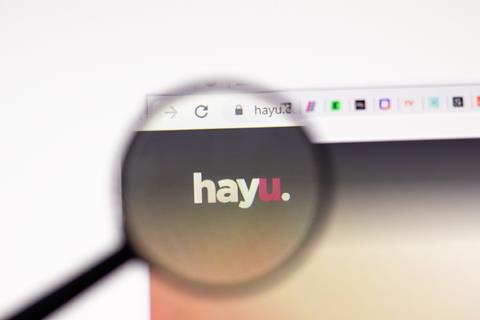 Over the past 18 months the service has been upgraded to include new navigation functionality and dynamic content presentation. Working closely with European-based media software solutions developer Merapar Technologies and deploying virtualised media processing tools from Amazon Web Services (AWS), hayu has boosted the performance, viewer retention, and subscription revenue of its service.

“hayu has always had a very engaged audience but the key win of implementing this system is that it has helped us to broaden the mix of viewing for many users by allowing us to get different – and more relevant – content in front of them,” says Andy Clarkson, VP Technology Operations, hayu.

Headquartered in Veldhoven, The Netherlands, with offices in London and Gdańsk, Merapar received the request from the hayu team to build a custom multi-layered content management solution that would add viewer personalisation and user data capture capabilities.

Merapar developed and delivered prototype serverless content management systems in 21 days, and a finished product in 20 weeks – described as “a huge leap forward” by hayu.

Building the system
“We commissioned a report to analyse hayu’s data and they mapped users to personas or segments,” says Chris Birkinshaw, technology principal and solutions architect at Merapar.

“The key win of implementing this system is that it has helped us to broaden the mix of viewing for many users,” Andy Clarkson, hayu

“Our focus is on the reality TV genre, which is made up of a number of sub-genres,” says Clarkson. “This allows us to create user segments like ‘Housewives superfan’ (for the Real Housewives franchise) and ‘Crime Crazy’ (for viewers of true crime content), as well as some broader segments like ‘Loyal Reality fan’ for the all-round reality audience.”

“We built a CMS that allows hayu to build lists of content and target them to users across the app portfolio,” Birkenshaw explains. “We started capturing a lot of live data from end users and built new personalisation services that track their viewing history and generate new lists of suggested titles.”

Cloud-based Amazon Kinesis is used to collect, process, and analyse the real-time streaming data. The service can continuously capture gigabytes of data per second. Also in use is Amazon Rekognition, an image and video analysis service that can identify well-known celebrities in a wide range of categories to deliver additional information on specific titles, like cast information. This data is also imported into Amazon Personalize to extend the recommendations, helping to ‘surface’ shows with similar content. This AWS service allows real-time personalised user experiences to be created faster at scale. 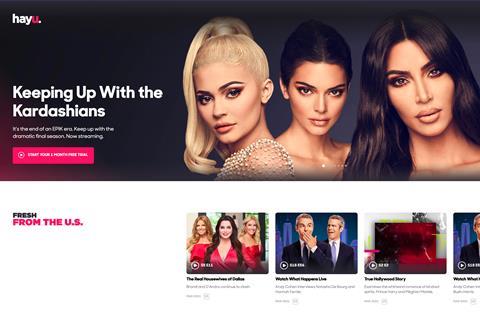 Amazon Personalize: hayu have seen a rise of between 10-20% across core merchandising KPIs

Data is managed in DynamoDB, a fully managed proprietary NoSQL database service from AWS, with AWS Lambda being used for running code. The system has been designed to determine what data is useful, so that it becomes actionable and usable for the hayu team. The Merapar team used the AWS AppSync cloud service to streamline the coding process and help deliver the different elements of the project quickly.

“The data is stored in DynamoDB initially as a bookmark against the user and episode,” says Birkinshaw. “However, in the background, a Lambda function subscribes to the DynamoDB stream and asynchronously creates aggregated data that is query-optimised for features like ‘Continue Watching’. A further pipeline for the Recommendation Service performs some filtering on the events to make sure that only the most relevant are sent to Amazon Personalize, thus balancing the cost of training the model, which is linked to dataset size, against the accuracy of the model.”

Birkinshaw says that by using AWS Serverless technologies like AppSync, Lambda and DynamoDB, Merapar can ensure customers like hayu only pay for what they use, have guaranteed auto scaling, and benefit from improved security. “By avoiding provisioned capacity services where possible, we are able to ensure that non-production environments have a very low cost, enabling new ways of working such as giving each developer their own full cloud environment or having an environment for each feature in active development, including each branch in the git repository.”

Content managed
The CMS built by Merapar allows hayu editors to manually curate lists of content and then target them to users based on various criteria. “The majority of the homepage is manually curated in this way, with the exception of the ‘Recommended for you’ rail, which is driven by AWS Personalize,” says Birkinshaw. “This hybrid approach has proven to be very powerful.

“The solution also collects bookmarks from the video players, tracking viewer progress through each episode,” she continues. “This is used to power the Continue Watching feature on the homepage and also feeds into the Recommendation Service.”

The hayu editors have full control of the majority of the homepage. “Specialised content is targeted to users using the viewer persona. For example, a viewer may be interested in True Crime or Dating,” says Birkinshaw.

“We are able to offer a mix of editorial, per segment, and personalised content to our users within the User Interface,” says Clarkson. “The great thing about this is that we can do as much as we want for segmented vs editorial – and choose where each of these components sit within the UI. For example, our editorial and content teams can balance or tailor the user experience; if we want to push certain content, we can make the site purely editorial or vice versa.

“We are constantly working to improve the recommendations ‘recipe.’ Using Personalize allows us to do this fast and easily,” he continues. “We have also experimented with the metadata we feed, looking at the effect of how, for example, the addition of cast information affects the algorithm’s output.”

The hayu service is also tied into a wider video CMS developed in-house at Comcast called MPX, which manages all video assets. Merapar’s team augmented that system with the management of metadata for enrichment, categorisation, and list curation. This enables unlimited access to a wide variety of content titles.

“There are a number of industry standard analytics systems providing insights to the hayu team, but they are outside of the scope of the CMS,” says Birkinshaw. “The hayu team can target manually curated content to viewers using a number of criteria, such as country, device type, or viewer persona.”

With privacy and security issues so important these days, the system had to have some safeguards.

“hayu only collects information in line with its published terms and conditions which subscribers are made aware of and is compliant with GDPR regulations,” says Birkinshaw.

“Using the AWS Serverless stack allows us to create an extremely secure architecture. For example, when using this approach, we do not have to patch API servers, manage firewalls or write authorisation code. This is all handled by AWS and presented as a managed service. Aside from scalability and cost, we see this as the third major benefit of the Serverless architecture.”

“For the recommendations driven by Amazon Personalize, by tuning the datasets over time we have been able to improve the viewing rates of our customers through promoting more relevant content to individuals,” says Clarkson.

“The system has been very successful,” he adds. “With the ability to mix editorial campaigns, segmented and personalised content within the User Interface we’ve seen a rise of 10-20% across our core merchandising KPIs. Increased viewing was the main aim of the project and we are pleased with the results and how quickly we achieved them.”