One of the biggest overarching themes evident in the IBC Accelerators for 2022 is 5G. Mark Mayne talks to participants from Strathclyde University and Vodafone about their projects.

5G in broadcast has been a key talking point over the years, and while there are many facets of the technology of keen interest to broadcast and media professionals, the massively improved data speeds and lower latency offered by 5G are the standout features that two of the 2022 Accelerator projects tap into. 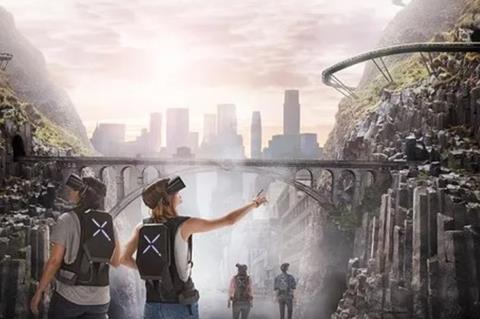 The first investigates the power of 5G in remote production, taking the concept closer to the highly portable, flexible and reliable connectivity solution it will eventually become. While the second harnesses the incredibly low latency of 5G in a more immediate fashion. We’ve already seen 5G in action for live sports production at some of the biggest events of 2022. But both of these Accelerator projects aim to go further, pushing the boundaries of what is possible with the very latest generation of mobile connectivity.

5G Remote production… in the middle of nowhere

This breakthrough project aims to demonstrate just how portable and flexible a private 5G ‘Network in a Box’ can be for live broadcast production use cases, taking it to a variety of genuinely remote locations around the world, as well as the less remote but more industry-friendly IBC2022 show in Amsterdam. In theory, the massively improved data speeds and lower latency offered by a 5G radio setup should be a massive boost for the flexibility and practicality of remote production.

This Accelerator attracted a host of household names both on the Champions side and in the number of Participants taking part. The latter, for example, featured a robust technical team of experts from Microsoft, Net Insight, Zixi, HAIVISION, AWS and Vislink. While the Champions saw a blend of broadcasters, academics and top-tier media companies get involved, including: the BBC, BT Sport, BT Media & Broadcast, RTÈ, TV2, OBS, Paramount and Warner Bros Discovery, University of Strathclyde, Scotland 5G Centre and Neutral Wireless.

Bob Stewart, MathWorks Professor of Signal Processing at the University of Strathclyde, outlined the main thrust of the 5G project. “What we want to be able to demonstrate from our point of view is support for Champion broadcasters, setting up a live production network for [an event], whether it be sports news, or another type of event, that uses a private, shared spectrum 5G network.

“The box we’re running at the moment - literally is a box. It’s on wheels and you can wheel [it] like a trolley, and it’s a 4x4 MIMO system. We want to show that we can actually make this as almost an accessory piece of kit for the live production market, subject to the usual radio planning and powers and antennas. You could hang everything off this private network subject to the RF environment and your distances and walls.

“Our interpretation from the Champion broadcasters point of view is that, if it really did work out of the box, then it would be a fantastic terminal. You would turn up at an event or a location with a radio licence, mount your antenna, your microphones and cameras, and just connect.”

A fascinating addition to this private-5G-network-in-a box project is set to be the trial of LEO (Low Earth Orbit) satellite connectivity for backhaul in truly remote locations. It’s a prospect that has been touted by a range of companies, from Amazon’s Project Kuiper to Elon Musk’s SpaceX Starlink system. This project will be using the latter network, as well as mobile backhaul where available.

Bob Stewart closed with a teaser for what will be premiered at IBC2022. “What you can expect to see at the show is some of the live demonstrations that were done in New Zealand, Ireland, and Kenya, and [also] a full hardware demonstration. We also plan a live feed from the Highland Games.”

5G and the arena of the future for XR events

This is another IBC2022 Accelerator project firmly camped in the 5G space, one that is shooting for the stars by attempting to deliver a personalised, real-time 3D environment - no small feat.

The vision for this IBC2022 challenge is to harness the speed and low latency of 5G to deliver a live Extended Reality (XR) event across multiple platforms, locations and devices, providing an immersive and highly social experience for the audience.

Marco Dias Silva, 5G and Edge Computing Specialist, Vodafone, adds some context to the project, which follows on from their 2021 IBC Project of the Year victory.

“Effectively, what we are providing is what we are calling a ‘hyper fan’ in the metaverse. But essentially [it is about] hyper fan engagement. [We are asking ourselves] how can we create value and deliver on that value [proposition] by providing a different type of experience? What do we need to do? That’s our goal. We’ve all been watching TV since childhood, [but] what is the new audience getting up to? We need to capture that and learn from it. This is what our vision set out to do.”

A bespoke, unified space will be created to combine a virtual, layered 3D metaverse-style arena with a physical sports grounds, to demonstrate locality, player interaction and a next-gen audience entertainment experience using 5G, augmented reality and 360-degree spatalised audio elements. The goal is also to provide a hyper-personalised experience for both players and fans via 5G low-latency for real-time gameplay telemetry exchange, motion capture for live avatars, custom content and immersive social platforms. 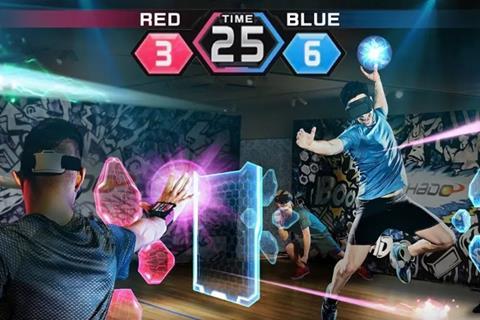 Accelerator project: Arena of the future for XR events

“We already have an amazing team from last year and it touches on all pillars, from the content, from the platform, from the technologies, from the devices, from the delivery [on] the production side, and what we want to target [this year] is effectively to make this [work] in real time. This is something that we set out to do last year, but due to time commitments, we just couldn’t pull that off,” continued Marco Dias Silva.

The project will explore and showcase the power of high-speed connectivity via 5G, Cloud/Edge computing, along with mocap, OTT, spatial audio, and ecommerce solutions so that studios, broadcasters, and content providers can reach beyond the traditional delivery infrastructure and pipelines for live, immersive and interactive XR content production.

With both projects set to be showcased at the IBC Accelerators area at IBC2022, the stage is set for some of the most innovative and exciting demonstrations of connectivity possible today. Drop in and experience the action - and catch up with both Champions and Participants at the RAI on 9-12 September in the Showcase Theatre.