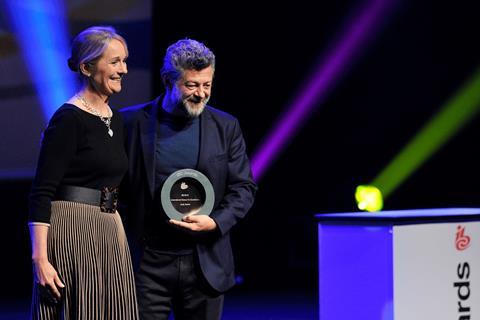 IBC is calling for industry success stories and triumphs of innovation to be submitted as entries for the IBC Innovation, Young Pioneer and Social Impact Awards, which will be announced in September at IBC2020.

The IBC Awards look to celebrate those organisations and individuals that have made a significant difference in the leadership, technology, creativity and social responsibility across the industry.

The breadth of the industry is covered, from how content is created and distributed, to the management and technological advances occurring across the globe.

IBC has now opened nominations for its awards, which have been recognising industry excellence for the past two decades.

Last year IBC introduced two new awards, Young Pioneer and the Social Impact Awards. The latter aim to recognise the success of organisations and individuals who have made a positive social impact in the industry.

The first women football director at Austrian broadcaster ORF, Vera Bichler, was awarded the inaugural IBC Young Pioneer award for her passion and dedication to the technical broadcasting of sports.

The Social Impact Award for Diversity and Inclusion was taken home by Turkish broadcaster TRT for its project Journalism for Juniors (J4J), an initiative launched by the broadcaster to help disadvantage young people and refugees in Turkey to train as journalists by those working in the field.

IBC’s highest honour, the International Honour for Excellence, went to Andy Serkis, the director, producer and above all, actor. He has almost single-handedly transformed the art of performance capture, bringing real humanity to CGI creatures.

The IBC Innovation Awards are awarded to completed projects, which take a real industry challenge from a creative, operational or commercial perspective and develop a solution, through the co-operation and collaboration of end users and technology partners.

Judges will be looking for the successful implementation of the new solution with the award going to the end user with the support of technology partners to create a practical and effective solution which delivers real benefits for the enterprise and its audience.

There are three Innovation Awards categories include:

IBC announced: “The size and scale of a project is not a deciding factor, a small but highly effective initiative that solves a real-world problem is just as likely to win as a multi-million dollar redevelopment.”

IBC will also award the best technical paper and excellence in exhibition stand design with a discretionary Special Award given to a company or individuals who have gone above and beyond in a project or initiative.

Last year the judges awarded the 4K 4Charity, the body that organises the Saturday morning fun run at IBC, the Special Award. Based on the five years since its inception by the late Sam Blackman it has raised more than a million dollars for charity.

The awards ceremony will be held during the IBC2020 show in Amsterdam on Sunday 13 September.

Nominations will close on 22 April with more details, key dates, rules and eligibility can be found here.