Advances in 4K and UHD live production, fresh solutions for OTT content, an array of cloud-based ‘big data’ workflow sharing solutions and remote collaboration tools were the main themes in Halls 9, 13 and 15.

The themes of high resolution content, OTT and cloud-based workflows reflect and address the trends for quality, real-time production solutions on a global scale, in no little part to meet the diverse consumption of all film and broadcast media by an increasingly demanding audience. 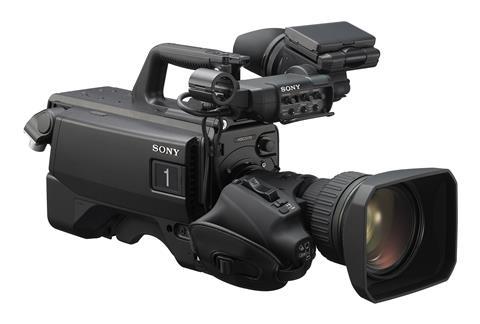 The behemoth that is Sony was once again the dominant force in Hall 13 this year. IBC wouldn’t be IBC without Sony making a major camera or technology announcement. Sure enough, on day one of the exhibition an early morning press conference saw the wraps coming off a quintet of cameras – four live production models and the 4K (XAVC S at 100Mbps) NXR-NX200 camcorder.

From the quartet of live production cameras unveiled at IBC the HDC-P50 POV camera and the HDC-3500 model both feature the world’s first 2/3-inch 4K global shutter three CMOS sensor system, whilst the HDC-3100 and the HDC-3170 Fiber and Triax system models incorporate a newly developed HD HDR optical block.

Also making its debut at IBC2018 was Sony’s 31-inch BVM-HX310 4K HDR reference monitor, which is the first product in the new TRIMASTER HX technology brand. The HX in the brand name is said to represent the combination of both HDR (hence the H) and Liquid Crystal (Xtal) Display (hence the X) technologies.

Away from the hardware side of things Sony was busy highlighting its production solutions under the umbrella term ‘Intelligent Media Services’, which are aimed at transforming traditional media supply chains, ensuring value from content and providing OTT subscription services.

These include Sony’s ‘pay-as-you-go’ subscription-based, cloud-hosted Virtual Production service, which aims to provide a solution by creating a frictionless production workflow with access to a cloud-based professional vision mixer, and then delivering it quickly to social, websites, apps or CDN platforms. Users pay only for what they need, when they need it. Requiring only a camera acquisition kit, production teams can log into a personalised Virtual Production portal, synchronise their cameras and stream content.

Other cloud-based Sony production services showcased in Hall 13 included the ENG subscription service XDCAM air – a solution providing a secure wireless workflow from filed-based cameras to a studio infrastructure – and Media Backbone Hive, a multi-platform production system that gives news teams remote access to ingested video material either on-premise, in the cloud or via a combination of both.

Nestled alongside Sony down one side of Hall 13 was telco giant Huawei. The company now provides end-to-end video solutions and services; from cloud-based converged video platforms to core networks, fixed and wireless access networks, CDNs and CPEs.

At IBC2018, Huawei explained the capabilities of its next-generation ‘cloudified’ and intelligent video solutions, mainly focusing on the AI-driven personalised experience and media processing technologies.

Key amongst these was Huawei’s Video Cloud Service; an SaaS-based video hosting service that’s based on the company’s next-gen converged video platform, which was developed in-house. The Video Cloud Service is aimed at providing operators with an easy entry to video business with simplified processes, reduced business risks and minimum initial investment.

Pre-IBC, earlier in 2018, Huawei had already begun to provide global customers with converged IPTV, VOD, OTT and other video services running on a fully ‘cloudified’ platform with micro service architecture for fast deployment, flexible business rules and various service packaging and monetisation models. These are aimed at helping operators to quickly develop video services that are capable of providing seamless user experiences across multiple devices under a cloud-pipe-device integrated experience assurance.

Hall 9
In a similar way to Sony’s presence in Hall 13, Hall 9 was dominated by Grass Valley. One end of the stand was devoted to a live eSports competition, put on in conjunction with gaming platform and event producer FACEIT. This showed how Grass Valley’s suite of live production solutions could use high-quality content from the gaming area to demo how pro broadcast solution can enhance the action and experience of an eSports stadium experience. With eSports forecasted by the business intelligence portal Statista to reach a market revenue of $1.65 billion by 2020 it’s clear that more innovative broadcast solutions will be required for this growing sector in the coming years. 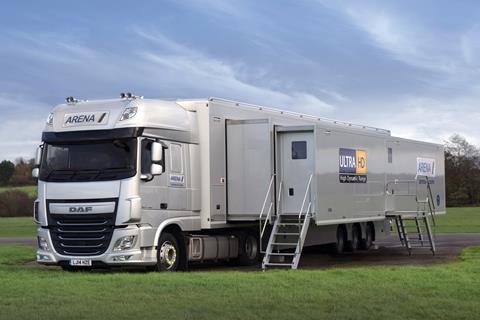 Another major real-life demo beside the Grass Valley space saw Arena Television’s new OBZ end-to-end IP UHD HDR truck, which measured approximately 2.5 x 14 metres, taking centre stage. Grass Valley is just one of many companies who are furiously striving to provide dynamic and agile infrastructures, with IP as the bedrock of a format-agnostic production backbone, to meet the increasing demand for live UHD content. The Arena truck included a number of Grass Valley’s IP solutions for OB, from cameras and gateway cards to processing platforms.

The IBC Launch Pad area of Hall 9 gave mini booth spaces to smaller companies and start-ups who were all keen to show off their workflow and OTT solutions. Arguable the standout back-story amongst these was from included Latakoo – a US company set up by two former news broadcasters who, when reporting overseas using HD encoders, had identified the need for a rapid solution for transferring HD video, which they’ve now solved via a secure cloud-based workflow solution.

Hall 15
Situated outside of the main IBC Halls in Amsterdam’s RAI building, Hall 15, with its set of stands and meeting rooms, was something of a ‘Hall of Secrets’ that provided a peek into the future. 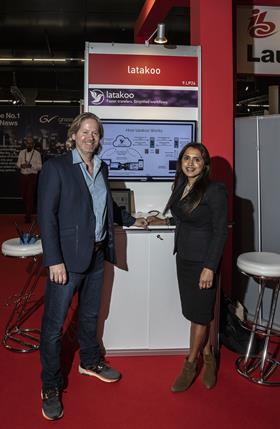 Amongst the players in Hall 15 were major companies like Hewlett Packard Enterprise, Nokia, Tata Communications and Technicolor. At IBC, Nokia announced its plans to sell its IP Video business to a Canada-based software company, Volaris Group, with the resulting creation of a pure play streaming technology company to be known as Velocix. Nokia’s video product portfolio – including its stream personalisation software, origin and storage technology, and caching and streaming products – is all expected to move over to Velocix.

Those in Hall 15 who were happy to openly share their latest collaborative technological strides included MaxLinear who, in collaboration with InCoax, showed what it claims to be the world’s first MoCA Access 2.5 solution. Meanwhile the Israel-based WiFi solutions company Celeno and the fiber access and carrier-grade gateway solutions company Cortina Access announced a joint reference design for a cost effective, next-gen 802.11ac Wave 2 fiber gateway platform.

It’s clear that IP, cloud-based and live 4K and UHD production technologies and solutions have been widely adopted by filmmakers and broadcasters, who will often seek a time-saving or real-time solution to give them an edge or simply to further smoothen production workflows. The key tenets that now hold sway are quality, speed and secure sharing. The only unknown is exactly where technological advances in these areas will go next. That’s a question that’s probably best answered at IBC2019.