From the adoption of IP to the uptake of UHD, advances in technology are leading to fragmentation, writes IBC Daily reporter Elliot Herman.

The casual observer walking through Halls 10 and 11 at this year’s IBC could have been forgiven for thinking that SDI is dying. Why would anyone want this old style technology with its miles of cables when you can have IP technology? Just get a bunch of gateways and make your life easier! 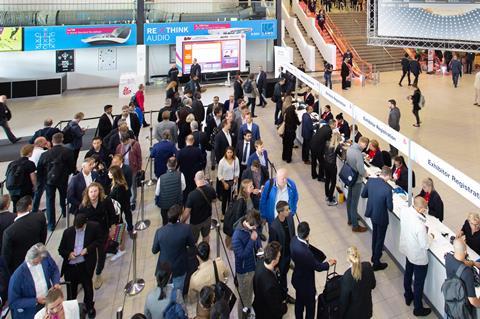 But as exhibitors at IBC2018 revealed, it’s not that simple. IP is a big commitment, and potentially expensive. Everything has to be compatible, and staff need to be trained. There are cybersecurity implications – and rather than reducing points of failure, IP just moves them to somewhere else.

UHD, in all its flavours, also came high on people’s list of priorities, but again, which flavour they liked, and how they intended to achieve it, was a bone of contention. Where does the money come from, and does it even make sense to go for ever higher definition – instead of, for example, spending money on programme making? And, of course, there’s still the problem with how to make sense of and control all the incoming data.

Axon Digital, for example, was showing the latest enhancements to its monitoring and control platform Cerebrum. Marketing Manager Geert Jan Gussen said: “With the move to IP and the complexity this brings, there is also an essential requirement for control and monitoring – not only of signal processing equipment but also of switches. Cerebrum offers comprehensive third party device control and within IP infrastructures simplifies technology complexity into a unified workflow.”

Director and Co-owner of IPE Colin Judge told us that “broadcast is the tiniest twinkle of an industry when compared to the infinite universe of data mining, manipulation”, and that the key is to steadily get to grips with the exploding data universe – and taking logical and practical ways to make sense of it all. IPE has developed the Intelligent Display System (IDS), to view relevant data in a way that is very specific to each user’s needs. “The future,” he said, “lies in the ability to escape being sucked into a data black hole.”

Vimsoft’s experience is that several of the media companies they work with want to unify their operational workflows in one software solution.

Business Development Manager Tom Levesque commented that this means fewer interfaces to build and maintain, and increased efficiencies. “It is no secret,” he said, “that while on-site solutions are still often preferred, the industry is moving more and more towards the cloud, with mobile access to information.”

Levesque reckoned that in the near future, AI will make its way to resource management, by automatically scheduling resources based on past usage and trends – or at the very least, recommending the best path.

Fragmentation
Ross Video’s CEO David Ross said that convergence is key – yet even here, the story is complicated. “We’re talking about live video, audio and metadata signals moving on IT networks, specifically using SMPTE 2110,” he said. “This protocol, which is only about a year old, is clearly ramping up and is central to many major broadcasters’ plans – yet is leading to fragmentation. 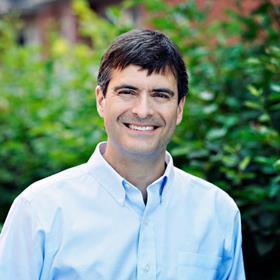 “Walk around IBC and you’ll see it. Most major manufacturers are suddenly promoting their brand new 12G SDI infrastructure alongside their brand new 2110 infrastructure. You will also see a growth of Newtek’s NDI ecosystem adding to the confusion. You’ll also see HD, 1080P and UHD alongside High Dynamic Range (HDR) and Wide Color Gamut (WCG). There are customers building new facilities utilising every one of these new and older technologies and they all will insist that they are making the right choice for very good reasons. Expect this fragmentation trend to continue alongside convergence for many years into the future.”

Meanwhile, although IP remains strongly interesting to some customers, Bob Boster, President of Clear-Com, believed that the complexities of delivering the technology is beginning to dent people’s enthusiasm for it.

“The trend seems to be moving to IP as just one of the key offerings in an overall buffet of platforms,” he said.

“For intercom it’s going to more of the same: more IP compliancy and wireless everywhere, including 5G LTE.”

TSL Products highlighted the connective capabilities of their products: they are built on a “flexible and open approach”, demonstrating how our solutions can aid in the IP transition, while at the same time lending its knowledge and expertise on the IP transition in general. Meanwhile, said Mark Davies, Director of Products & Technology at TSL, “the continuing pressure on production budgets will accelerate the deployment of remote production solutions. From a control perspective, this is a maturing technology. For news, especially in scenarios where it is beneficial to have engineering and production staff remote from the news studio, this is an attractive solution.

“However, in sports, where saving the cost of sending out an OB is attractive, there are some reports that not having the production crew among the excitement of the event is detected by the viewer at home. There is more work to do in this area – some by engineers, possibly some by psychologists!”

“The trend seems to be moving to IP as just one of the key offerings in an overall buffet of platforms” Bob Boster, Clear-Com

Video over IP
Some were saying that the coming year will see more and more solutions for video over IP, and more specifically following the SMPTE ST2110 and ST2059 (for timing) standards.

“An increasing number of broadcasters will be adopting the tech, or they will be keeping an eye out,” according to Manuel Hellendorff at Image Matters. “The spec is not completely matured, and it still scares broadcasters into waiting before taking the leap.” 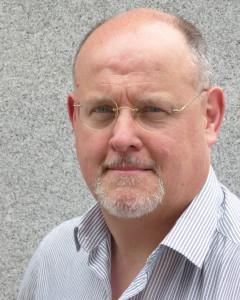 Kevin Salvidge, European Regional Development Manager at Leader Europe agreed, pointing out that with the publication and adoption SMPTE ST.2110 suite of live uncompressed Video over IP standards, the focus for the professional broadcast industry is to establish a standard that allows network-connected devices to register their resources on a shared registry.

“This,” he said, “essentially makes the IP network easily expandable, which is the key driver behind the consumer off the shelf (COT’s) adoption.”

In general, trends in wireless products and RF worldwide will continue to be affected by the pressure of reduced available bandwidth, according to Gary Rosen, Vice President of Global Sales for Pliant Technologies.

“In the past,” he said, “bands like 1.9GHz seemed open and free to use, but they are now becoming crowded due to multiple manufacturers looking to solutions in that same band. So other frequencies like 2.4GHz are becoming quite useable due to better design techniques and RF design. The only thing we can be certain of is that the RF landscape will be constantly changing, as well as becoming more challenging.”

Finally, there’s the issue of consolidation of major vendors, such as the recent one between Belden-Grass Valley and SAM. Chris Smeeton, Director at Argosy, said that this will in some cases bring together manufacturers from different parts of the industry as the technologies converge.

“From the perspective of physical broadcast infrastructure,” he said, “ I believe this will ultimately lead to more ‘end-to-end’ solutions from a single vendor.

“These vendors will then be in a position to offer proprietary ‘warranties solutions’ for these materials in much the same way that have been used across the IT/date networking market, thereby ultimately benefiting installers with the chance to participate in partnership programmes.”