A roundup of some IP-related news and talking points from this year’s show.

IP was arguably the topic which dominated most conversations at this year’s IBC, with the IP Showcase acting as the focal point for discussions about interoperability and adoption.

During the show, industry leaders hailed the “huge progress” made by vendors and standards bodies working towards the ratification and adoption of interoperable IP equipment in a discussion that focused on the need for a sound business case. 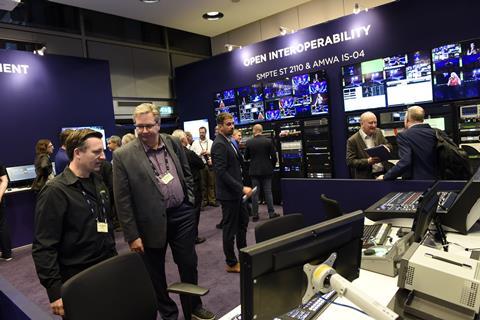 Nowhere was that progress more apparent than in the IP Showcase, a timely demonstration of the way in which in vendors are working together to create solutions demanded by customers. Indeed, a report released by IABM showed that interoperability is vital to 98% of users, 72% of whom also want best of breed.

And right on cue, SMPTE used IBC2017 at the setting to announce the approval of the first standards within SMPTE ST 2110, the standards suite for carrying content over internet protocol (IP). 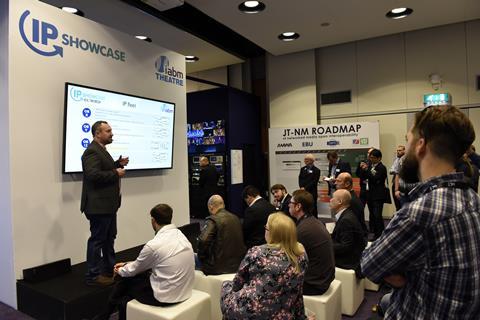 As SMPTE President Matthew Goldman, senior vice president of technology, TV and media, at Ericsson, said: ”SMPTE ST 2110 standards go beyond the replacement of SDI with IP to support the creation of an entirely new set of applications that leverage information technology (IT) protocols and infrastructure.”