Sesame Workshop: staying magical in an era of change

This year marks 50 years since the founding of the Sesame Workshop in 1968, being originally established as the Children’s Television Workshop. 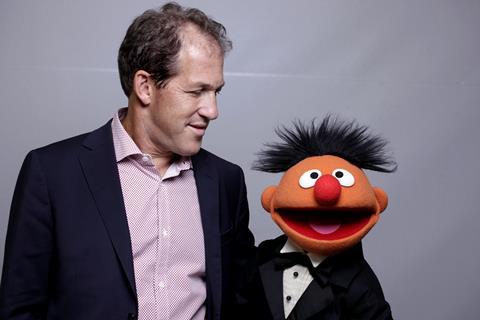 The main product of the organisation needs no introduction. Sesame Street and its local versions have been broadcast in 150 different countries, with an impressive 48 seasons having been aired in the US. It has more than delivered on its stated mission to “help kids grow smarter, stronger, and kinder”.

Central to the decades-long success of the Sesame Workshop is Joan Ganz Cooney. Recognising an opening for early education as American TV ownership exploded in the 1960s, her grasp of the importance of the medium and work as executive director of the workshop helped to propel the organisation to great success.

Speaking before accepting IBC’s 2018 International Honour for Excellence award on behalf of Joan Ganz Cooney, the company COO Steve Youngwood says: “Joan had a premise (in 1968) that we all keep in our minds. If you can’t reach, you can’t teach.

Sesame Workshop’s content was a prime staple of the linear TV era, a much-loved regular fixture in the morning viewing of millions of children worldwide.

However, with the shift to on-demand and streaming services, how to get to Sesame Street has changed somewhat. The show currently airs on HBO and PBS in the US - including via HBO Go.

Youngwood pinpoints this environment as a challenge, outlining how Sesame Workshop is both changing how existing intellectual property is used, and launching new shows.

“If you start with the core show - Sesame Street - the content itself has evolved,” he says. “It used to be an hour long, and now it’s a half hour, and that’s more in line with how kids consume content these days.

“We have almost four million subscribers on YouTube. We’re also doing made-for content for these kinds of newer platforms, rather than just derivative,” points out Youngwood.

Perhaps more than ever, the non-profit company is working hard on producing new IP, to keep up with the huge range of options children have today.

“We know we need to go beyond Sesame Street to fulfil our mission,” observes Youngwood, noting the recent commissioning of three completely new shows in partnership with Apple TV.

Additionally, the organisation has just seen a new show, Ezme & Roy, debut on HBO in August. This new animated show features the titular human character and her monster buddy, who take on the everyday challenges that often frustrate pre-schoolers. This sets up golden learning opportunities.

“For us, it’s about evolving Sesame Street and bringing that across new platforms,” explains Youngwood. “But also connecting with kids via new properties in order to entertain and teach them in new, more focussed ways.”

However, the kind of learning the organisation encourages has changed subtly over the years.

“The short answer is ‘yes’,” states Youngwood, when asked if the educational priorities of the company have broadened. “We have something called the Sesame Framework, which we’ve made publicly available because we’d love people to adopt it. It makes the point that there are the academic skills that are required, but also social and emotional ones. We are focused on what we call the Whole Child Curriculum”

With academic instruction now so much more a part of kid’s TV, Sesame Workshop now looks to instil the kind of emotional intelligence that forms a basis for well-adjusted children.

“As there are many more places to go and get the traditional academic skills, we’ve been finding that some of the most powerful things one can teach are executive function and social learning, which are enablers to learning,” says Youngwood.

“If you don’t have executive function, and the ability to be focussed and disciplined, it gets in the way of traditional academic learning. It gets in the way of you reaching your potential. We have also evolved to put more emphasis on topic areas like kindness and mutual respect and understanding.”

Perhaps nowhere is this kind of learning more needed than amongst the millions of children displaced by the ongoing Syrian civil war. Last December, the organisation, along with the International Rescue Committee, was awarded $100 million by the MacArthur Foundation for early childhood education projects in middle-eastern countries hosting Syrian refugees.

In the US, new collaborations, including one announced in June with educational publishing powerhouse McGrath Hill, will see Sesame Street content move into classroom textbooks. Industry observers have pointed to Sesame Workshop’s pedigree in creating responsible childhood content in helping the organisation realise this.

“When we started, [out of] most kids under the age of five, 70% or so, were at home. Nowadays early childhood education as formal schooling has grown dramatically,” states Youngwood. “You’re going to see our content be part of the [US] school curriculum. That’s a step of following where kids are.”

Sesame Workshop has often attracted attention and a degree of praise for confronting societal issues that other children’s shows won’t touch.

Debuting in 1969 with a diverse cast for the time, characters with physical disabilities, HIV and autism have all recently featured in Sesame Street and its international versions over the years. Nowadays, the winds of political discord are blowing strongly in the US. How does the organisation navigate them?

Youngwood relates that two factors come into play when a potentially sensitive topic arises. “When something comes up, we have to ask, is that a kid issue, or is that an adult issue? That’s one filter.”

“Then we elevate it, and ask ‘How do we do this in a way that doesn’t take sides?’ What we’re presenting should be relevant, regardless of your personal or political beliefs. We want everyone to embrace us and learn from us. We ask: ‘What is good for kids [to learn]?’ The question is how to do that in a way that represents all kids.”

The organisation can count on one source of steadfast advice in particular - a co-founder who remains engaged and with a wealth of perspective.

“We do still talk to Joan about a lot of these things, because it’s complicated. We consult with her regularly about certain issues,” says Youngwood. “I’ve been here three and half years and I’ve gotten to know her a bit, and you can see how insightful and pragmatic she is.

“She’s seen it all too, in terms of reading the situation, which is not a surprise, because that’s the only way you can make a property, let alone an institution, that remains relevant for so long,” he continues.

“As Mark Twain wrote, history doesn’t repeat itself, but it does rhyme. We are in unique times but there are a lot of things we can point to, on where we need to go.”

For many adults, the words Sesame Street still have a special ring to them, often being closely intertwined with happy childhood memories.

With the guiding light of the ‘entertainment moment as an education moment’ having brought the organisation so far, how can that magic be retained?

“As we get to our 50th, there’s a lot of reflection on that question,” Youngwood responds. “Some of the fundamentals are so simple. We have a strong culture that helps people get to those truths.

“We also have to adapt – based on technology and how people consume” he adds.

IBC2018 offers an opportunity to seek the path forward.

“What do you need to do to make sure that you’re standing out and breaking through the fragmentation and the clutter – in order to move your audience? Everyone’s in the content business to be seen, so how is everyone addressing that issue?

“This project was founded on timeless values. Everyone is deserving of respect, as well as laughter and fun,” he continues.