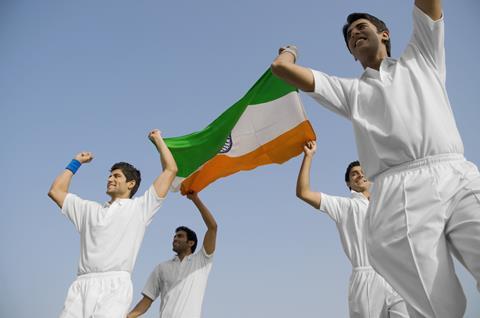 Hotstar India has set a new global record for a live OTT broadcast, with some 18.6 million users concurrently streaming its coverage of the 12th edition of the Indian Premier League (IPL).

Hotstar said it had reached 300 million unique visitors with its coverage of the 2019 tournament, up from 202 million in 2018.

IPL is one of cricket’s premier Twenty20 competitions, taking place between March and May of this year. Hotstar secured five-year broadcast rights for the tournament in 2017 in a deal estimated at around $2.5 billion.

Hotstar chief product officer Varun Narang said: “The achievements of this season once again bear witness to Hotstar being the most preferred sports destination for the country. With technology as our backbone and our all-round expertise in driving scale, we are confident we will continue to break global records and set new benchmarks with each passing year.”

India is one of the fastest growing internet markets in the world with over 500 million internet users, second only to China. It has seen significant growth in OTT content providers in recent years, with the number of online content and video streaming platforms growing from just nine in 2012 to 32 by the end of last year, according to figures from Boston Consulting Group.

Despite the growth in operators, customer retention has proven problematic in the country, with nearly have of all customers uninstalling online streaming apps within a week of first using them, according to the same report.

For Hotstar, which was first launched by parent-company Star India in 2015, the IPL has proven a particular success this year. The service witnessed a 74% increase in watch-time for IPL as compared to last year.

Hotstar became part of Disney following the US company’s $71.3 billion acquisition of 20th Century Fox. It has seen its monthly active user base double to 300 million in the last year. By comparison, international OTTs such as Amazon and Netflix have less than 30 million subscribers in India according to several reports.

Netflix CEO Reed Hastings has already identified India as a key target for the firm, telling the Economic Times Global Business Summit 2018 in New Delhi that “the next 100 million [subscribers] for us is coming from India.”