VR and AR: Thriving, not dying

Are new age technologies the key to boosting economies and bolstering broadcasting for the future post lockdown? IBC365 looks at the current landscape with vendor announcements and shifts in technology adoption. 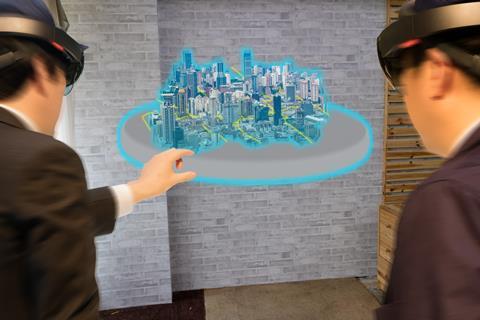 Immersive technology: Estimated to bring in around $6.3 billion in revenue around the world

Despite immersive technologies like virtual reality (VR) and augmented reality (AR) having a slow entrance into the broadcasting and media industry, under lockdown anything is possible with entire workforces shifting to remote and a new world order forming within a matter of weeks.

Experts have surfaced with estimates that VR and AR tools are likely to be leveraged to scale up user experiences. From virtual showrooms, travelling, education and more, these technologies are set to start the future transformation.

IDTechEx’s most recent report Augmented, Mixed and Virtual Reality 2020-2030, predicts this market to be worth over $30 billion by 2030 and highlights how VR and AR products are at the forefront of technological change.

This year alone the estimates from Statista suggest that the consumer market for immersive technology will bring in around $6.3 billion in revenue around the world.

While the single largest segment of the market is VR which will account for less than half of that total; mobile AR and mixed reality (XR) headsets will bring in around $3.7 billion combined.

However, the immersive technology market has been negatively hit by the 2020 Covid-19 pandemic, and the forecast numbers do reflect that impact.

Primarily through sales of its popular PlayStation VR gaming product, Sony has solidified its position as the market leader in terms of sales of VR headsets, but companies like Facebook and Google have invested heavily in the hopes of claiming a portion of the growing market.

Aiding acceleration
Does the promise of holograms and virtual meetups with avatars open a chasm of business opportunities as opposed to a looming threat?

Many manufacturers are jumping into the XR space to offer flexible and alternative solutions. UK, software company PTC is using Microsoft’s HoloLens to offer training content in factories, so that producers can fast-track the learning process to build ventilators for the NHS.

PTC’s program, called Vuforia Expert Capture, enables experts to record a task as they carry it out through a wearable device, before turning said task into a step-by-step video with voice instructions for other workers to copy via an AR headset.

Facebook’s answer to rival video communications firm Zoom is Messenger Rooms which will offer live virtual hangouts for its users. As the social media giant expands its video chat offering to compete with the rising demand, its new offering will allow up to 50 people to drop in and out.

While not surprising the expansion of a new suite of products, its further investment in Oculus and AR glasses have been impacted by Covid-19, however, is the union of divisions, Facebook’s answer to creating the new normal in virtual socialising?

In the US VR/AR startup company Virti trained 14,000 healthcare workers using its technology and is set to launch a program for 15,000 NHS nurses and doctors in the UK to help them manage the increase of care for coronavirus cases.

Virti’s platform transports users into a high-pressure environment to help equip and improve their performance under pressure in highly stressful situations.

VR storytelling company, Vivida, has designed interactive scenarios to help companies develop cybersecurity awareness and education among their employees, as organisations turn to remote-working tools. It allows staff to come together in virtual facilities to enhance collaboration as workers remain stuck in their homes.

The tourism industry is been hit hard. Japan’s famous Arima ryokan inns hot springs have been closed. However in response to the 90% forced closure, according to The Mainichi Shimbun, a group of owners have uploaded VR footage of their hot spring baths to YouTube to help expand the experience to those self-isolating.

The media and entertainment industry has too been shuttered by the pandemic, however, it has been quick to adopt remote working where possible and resort to virtual offerings for cinema, theatre and opera alternatives.

Business transformation
As of 2018, the vast majority of immersive technology users in the US accessed XR technology via their smartphones, with smaller portions utilising console or stand-alone virtual or augmented reality. According to Statista, some 77% of respondents used smart devices to access XR content. 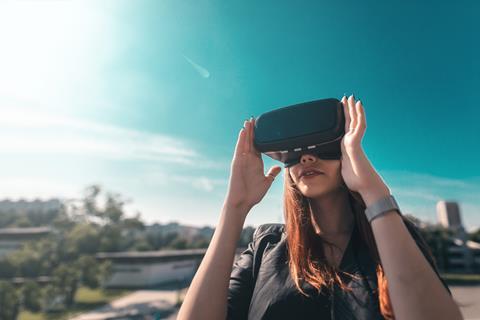 With the conditions of the pandemic only easing in certain parts of the world, the countries remaining under lockdown are seeking ways to communicate more than ever before.

Virtual cooking, drinking, exercise, theatre, gaming and educational classes have moved online, the necessity to socialise via a screen has become a movement which offers an opportunity for inclusion and expansion beyond a clique.

VR and AR promised a virtual ‘same room’ experience long before that became a wanted reality.

Leading innovator in the VR and AR space, Magic Leap was forced to lay off staff last month as it cut its investment in AR.

The business has struggled to adapt to the unprecedented changes as a result of the global coronavirus pandemic which has “impaired and impacted the daily lives of nearly everyone on the planet.”

The operation of the company came under scrutiny due to the recent shift in the economic environment which has decreased the availability of capital and the appetite for longer term investments.

The AR powerhouse was ambitious to become a hardware, software content providers within one ecosystem.